A Climate Agreement Powered by Hypocrisy

Instead of becoming panacea against the notorious climate change issue, the agreement reached in Paris may well be a phenomenally expensive but almost empty gesture.

The beautiful Champs-Élysées is lit with millions of sparkling lights. This year, they are powered by renewable energy. There is a wind turbine as tall as the Arc de Triomphe, and 440 solar panels take up much of the Champs-Élysées roundabout. One evening during the COP21 climate change conference, there was neither sunlight nor wind, so organizers asked those of us strolling down the avenue to power the lights via stationary bikes and hamster wheels.

‘Pedal power’ delivered great images for the television crews that were here to cover the summit. But these ‘green energy’ bikes amount to a victory of empty gestures over substance and reason – which makes them sadly representative of COP21 itself.

The agreement reached in Paris contains promises that, if enacted between now and the target date of 2030, will cost the global economy at least $1 trillion a year – and possibly twice as much if politicians make inefficient policy choices. This makes the agreement the costliest in history.

My peer-reviewed research paper, published in Global Policy, shows that the 2016-2030 promises on cutting emissions of carbon dioxide will reduce temperatures by 2100 by just 0.05° Celsius. Even if the promised emissions cuts continued throughout the century, the Paris agreement would cut global temperature rises by just 0.17°C. Scientists from the Massachusetts Institute of Technology find a similar temperature reduction.

This is why former US Vice President Al Gore’s climate adviser, Jim Hansen, who first brought concern about global warming to the public in 1988, called the Paris agreement “a fraud really, a fake” and “just worthless words. There is no action, just promises.”

But politicians suggest the agreement will do much more. The agreement concluded at COP21 goes further than the much-discussed target of capping the global temperature increase at 2°C above pre-industrial levels, but actually states that the aim is to keep the increase ‘well below 2°C,’ with an effort to cap it at 1.5°C.

This is simply cynical political theater, meant to convince us that our leaders are taking serious action. But none of the actors is talking about the impact of the actual, concrete commitments agreed in Paris. Instead, they are placing their faith in deus ex machina: all the vague vows and rhetoric about what will happen after 2030 and toward the middle of the century.

The United States is a prime example of how far-fetched this drama is. It’s no sure bet that if a Republican succeeds President Barack Obama in 2016, even the next four years of promised carbon cuts will happen. It’s even more ludicrous to suggest that promises with a due date of 2050 will be fulfilled by whoever is president after 2030.

The Paris agreement features pledges on greenhouse-gas emissions from developing countries, in exchange for which they will receive huge sums of cash from richer countries. The poor countries will certainly take that money, and some of it may even be spent reducing emissions. But the world’s poorest don’t want solar panels or wind turbines: They have much more immediate needs, not the least of which is for modern energy – which mostly means more access to fossil fuels. It seems likely that by 2030, we will recognize that much of this money-go-round has done very little to help global warming.

The agreement reached in Paris contains promises that, if enacted between now and the target date of 2030, will cost the global economy at least $1 trillion a year – and possibly twice as much if politicians make inefficient policy choices. This makes the agreement the costliest in history

So, the Paris agreement is a phenomenally expensive but almost empty gesture – much like the bicycles and hamster wheels cluttering the Champs-Élysées. When I came across them, they and the huge wind turbine and hundreds of solar panels had produced 321kWh of energy in nine days. But the total power requirement of the Champs-Élysées lighting for those days was ten times higher – about 4,500 kWh. Even if 200 professional bikers pedaled nonstop throughout December, they would not produce enough electricity for the Christmas lights.

What’s more, none of the pedaling is actually CO2-neutral. The power needed to manufacture and move the bikes, batteries, wind turbine, and solar panels probably produces higher CO2 emissions than are saved. Just the food consumption for riders to produce electricity emits 24 times as much CO2 as the most polluting coal-fueled power production.

And even if the lights had been produced with dirty old coal, the emissions could have been entirely offset on the European Trading System for about €120. Then it would have been 100% CO2 free. But of course, it wouldn’t have felt as good or created ‘green’ images for television crews.

The really important news from Paris was the announcement of a Bill Gates-led renewable-energy innovation fund. The fund is needed because, despite the arguments of the green-energy lobby and climate activists, today’s inefficient, intermittent solar and wind sources are not yet ready to take over from fossil fuels. Indeed, the International Energy Agency estimates that the world paid $84 billion to subsidize solar and wind power last year, and it expects that 25 years from now, we will still be paying about $84 billion in annual subsidies.

We need to take other actions, too, like ending fossil-fuel subsidies. But the smartest long-term climate policy is the one envisaged by Gates: to invest heavily in research and development to push down the future price of green energy. The promise made by Gates, together with 20 countries, to double R&D funding to $24 billion annually by 2020 is a fantastic development – exactly what is needed. However, much more must be spent to bring forward the arrival of a breakthrough.

Until then, activists and politicians can cynically proclaim their ‘triumph’ over straw-man enemies and global warming itself. But, like those on the stationary bikes in the City of Light, they are spinning their wheels and getting us nowhere. 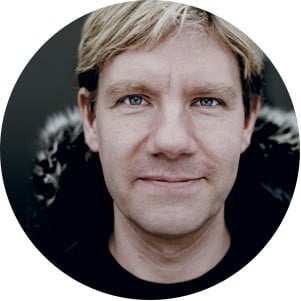