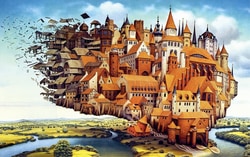 Today’s problems in urban development are, to a certain extent, the result of Russia’s historical processes of urbanization. They can only be solved through systematic effort and with the direct involvement of the government.

Urbanization along with globalization and industrialization are the key global trends of the last two centuries, although their impact on different countries varied at different stages of history. So, if Europe’s population inflow from rural areas was gradual and mostly evolutionary in nature, the process of extensive urbanization in Russia took place rapidly. It only took 72 years – from 1917 to 1989 – for the urban population of the country to increase from 18% to 75%. It is the pace of urbanization that explains a whole range of problems in the development of Russian cities, many of which are particularly relevant today. The main ones are as follows:

Single-industry towns. Almost 30% of Russian cities are officially designated by the government as single-industry towns. Consequently, only a third of them have a stable socioeconomic situation. The existence of these cities is also one of the results of the rapid industrialization of the country (the setting up of bases for commodity development, plant construction, etc.). Security considerations were the main motive behind this process. Questions of economic feasibility (cost of transportation, cost of urban maintenance, and similar factors were simply never taken into account), and the social aspect (the influence of climate and the environment on the health of residents, reducing the qualification potential due to lack of competition) were relegated to the back burner. Diversifying the economic base of single-industry towns is simply not always possible. Instead, the greatest prospects here are with those cities that are located in areas of large urban agglomerations.

Underdevelopment of urban centers. In Soviet times, even in historical cities, the most active development in many cases shifted to the outskirts. It also had to do with the construction of industrial facilities and new residential areas that were supposed to serve them. In the post-Soviet period, this process has only worsened: The development of new ‘contemporary’ forms of trade has led to a situation where, even on the weekend, residents rarely visit the central part of their cities or even small towns.

The accumulated problems of urban centers, including the high wear of infrastructure and many dilapidated buildings, have become virtually intractable. Today, developers use the ‘infill development’ strategy, not wanting to take on the whole range of problems in general. So, over the past 15 years, no more than 20 city center development projects have been implemented outside of Moscow and St Petersburg.

Extensive agglomeration. The development of urban agglomerations in Russia is: a) taking place against a backdrop of population decline in general, leaving some areas in danger of desertification, and b) mainly being carried out using the model of building the central city at the expense of its periphery, which might negatively impact the process in the long run.

However, Russian urbanization’s main problem has to do with the fact that this process lies outside the administrative influence of federal authorities, despite the special attention they devote to the development of urban agglomerations. Perhaps the situation might change after the implementation of a strategy of spatial development for Russia; however, such strategy does not fit into the overall context of the country’s economic reforms, unlike in China, for example, where the government considers urbanization as one in a complex collection of measures to stimulate domestic demand. A 15-year development program until 2020 is well underway.

Whatever the case may be, there are positive trends that have emerged in the area of urban development as well, including through certain sectoral measures of federal support.

The emergence of a number of Russian cities on the ‘world map.’ Among them are cities like Sochi and Kazan, which became venues for major international sporting events: the Winter Olympics and the Universiade. In turn, Tomsk, along with Moscow and St. Petersburg, managed to shine on the global map of education services. Two local universities – Tomsk State University and Tomsk State Polytechnic University – are on the list of global educational ratings, including the ranking of the best universities in the BRICS countries. I want to emphasize that these ‘world maps’ describe post-industrial specialization.

Gradual transition to intensive urban development. Despite the fact that it has only just begun and the process is slow, it should be noted that this is one of the most important processes. It affects such issues as regulation limiting the construction of high-rise buildings in order to preserve the ‘human scale’ of cities, creating tools for the redevelopment of space within the city (rather than expansion at the expense of the periphery), development of public spaces, etc.

Emergence of new agents of urban development. Over the past few years, Russian cities saw the emergence of a new type of businesses (and, quite often, regions) who are willing to take on rather large-scale urban development projects, and are aware of their difficulty and complexity. Also, the cities have more and more professional and other communities who initiate and work on urban projects. But the implementation of urban projects with the participation of these agents is only possible where the regional and municipal authorities take a proactive stance. And gradually, the number of such cities is growing.

Consequently, in order for positive urban development trends to be supported, and the work with problems to become systematic, it is necessary to create a special executive body of the federal government whose mandate should include issues of urban development. Apart from that, we need to put together an urbanization program that defines priorities and mechanisms for the development and support of cities. In addition, it is important that it be linked to economic and infrastructural development programs and projects. The private sector’s initiative alone is not enough to address this mountain of problems that have been piling up for decades. 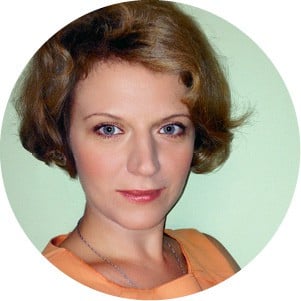