On the Way to the Fifth Generation

All of the world’s biggest aircraft-manufacturing nations plan to build their own advanced combat aircraft. The scientific and technological inroads made by the Russian aircraft industry will make it possible to reduce the cost of such innovations without any detriment to the quality of new models. Shortly before MiG-35 fighter premiers, Ilya Tarasenko, general director of RAC MiG, told BRICS Business Magazine what determines customers’ choice and what place in the global market RAC MiG will hold in the future.

Military procurement belongs to strategic planning. How is it influenced by current events, passing political squabbles, or alliances?

Today’s aircraft have a life cycle that spans several decades, so, as you rightly noted, this sphere entails long-term military technical cooperation between the participants. It is also important to understand that the question of choosing a particular type of weapon is largely connected to the contract’s economic terms: maintenance costs at every stage of the aircraft’s life cycle; modernizing airfields for new types of equipment; training flight and maintenance personnel; flight hour costs; and many other elements. The RAC MiG has laid the competitive, scientific, and technical groundwork for many of those elements, and we are quite secure in the international weapons market. Certainly, political disagreements could set the tone for high-level negotiations, but to no greater degree than in any other strategically important sector.

Over the last few years, virtually every aircraft manufacturer has managed to secure profitable contracts, including those that failed to do so for a long time. Dassault, Saab, Korea Aerospace Industries, and many others have secured contracts. What is the structure of today’s global market for combat aviation, and how is Russia’s presence there changing? Where is military spending growing the fastest, which exporters are losing their standing, and which are improving their positions?

When we consider the position of the RAC MiG on the global aviation materiel market and in its Russian segment, we should focus on the conditions that shaped the Russian segment and also on its structure. I would like to draw your attention to the fact that the total number of Russian-made combat aircraft exported and currently in use is about 5,400, or about 45% of the entire global market for tactical aircraft.

Both the Russian and global markets are orientated on ‘light’ aircraft. About 76% of fighters and about 72% of attack aircraft have a takeoff weight of between 10 and 18 tonnes, so they are ‘light’ aircraft.

This structure of the Russian aircraft materiel market segment means that revenue from sales of frontline combat aircraft, which include all modifications of MiG-29 fighter and account for over 80% of the revenue currently received by aircraft manufacturers. Such figures might appear very promising, but the market dictates its own rules. We do not hide the fact that the difficult economic situation of the 1990s put the brakes on development of some of our projects. Yet, we had managed to lay down major scientific and technological groundwork for years to come.

Over the last 10 years, we have implemented a large package of contracts with both Russian and foreign colleagues, and we have increased the production of state-of-the-art aircraft materiel severalfold.

Speaking of the promising trends in developing our corporation in accordance with the Development Strategy of the United Aircraft Corporation, we also predict that the market capacity up until 2030 will be comparable to what we have today, but its structure will change. Customers already want to see their militaries armed with state-of-the-art, multi-role aircraft, which would be inexpensive to manufacture and easy to maintain, with the best quality/price ratio. This will be a difficult task for all market players.

Changing the tactics of both ground and air combat and the development of radio-electronic equipment force states to carry out expensive, in-depth modernizations of the aircraft materiel they already have. Yet, in the coming decade, most fighters made in the 1970s and 1980s will have reached the end of their lifespan.

Moreover, the comprehensive introduction of new electronic components will affect virtually all the structures and systems of military aircraft materiel; fighters of the 4++, fifth, and then sixth generations will become standard.

Today, our portfolio of long-term contracts for manufacturing and modernizing aircraft materiel enables us to rise to the challenge; we are actively working on the technologies for the next-generation fighter in the new MiG-29K/KUB and MiG-35 combat aircraft. In the future, these technologies will be used in the next generation of MiG aircraft.

The RAC MiG has always held its rightful place on the global aircraft materiel market. We have succeeded in preserving it and we know in what direction we are going to develop.

How much does it cost to develop the fighters of the 4++ and fifth generation, and how many countries are really engaged in developing next-generation fighter aircraft? Could such states as Turkey or South Korea develop such an aircraft?

I would not wish to assess the possibilities of other respected aircraft manufacturers, but I can say that all large aircraft-manufacturing nations do such work. Cost differences between such projects are tens of billions of dollars owing to differences in scientific advances and export potential. In addition, fighters modernized into the 4++ generation have certain combat characteristics comparable to fifth generation fighters, which makes them very attractive from the point of view of the price/efficiency ratio.

It should be noted that one of the emerging trends of the last decade has been to move away from designing aircraft materiel through the efforts of a single nation and toward international cooperation. This is a good opportunity to reduce the project cost and to exchange cutting-edge technologies, and also a real stimulus to increase the level of trust between countries participating in such cooperation.

Besides combat characteristics and price, customers are always concerned about maintenance cost. Where do your aircraft stand in that regard? How will global aircraft industry develop? Toward being more complex and expensive?

When we compare maintenance costs for ‘heavy’ and ‘light’ fighters, the ‘light’ ones always win over the ‘heavy’ ones, even if we assume the cost related to aircraft personnel is the same (which is not entirely correct). On the whole, maintenance cost for 25-tonne fighters will be 1.5 to 1.8 times higher than for 15-tonne fighters.

Currently, we have done a lot of work to reduce the maintenance costs of MiG aircraft. This indicator puts us on par with the world’s best and now our efforts are channelled into improving logistics technologies, cutting delivery time for spare parts, providing customers with complete satisfaction with the range of products offered. We will continue improving this area.

Modernizing aircraft materiel. How important could it become for you from the point of view of revenue? Is market demand in this segment predictable?

There has always been demand on this market. It became particularly relevant when we increased the MiG-29’s lifespan to 40 years. During those years, several modernizations may be required to maintain the aircraft’s efficiency. This is why, as a rule, we prepare several variants of modernization, of varying cost and efficiency. Our partners choose the most acceptable variants and we meet their demand.

As I said, this area of work allowed us to restore our manufacturing capacity and to master promising technologies. Even though this area remains important, it is not as important as developing new designs, which allows our designers to realize their creative potential fully.

Is filling the market with secondhand fourth generation American aircraft still a threat for aircraft manufacturers from other countries or is that risk a fiction?

Any contract signed on the aircraft materiel market is based on the ‘demand – supply – transaction’ pattern. Clearly, demand will appear when there is both need for procuring aircraft and means to meet that need. The latter aspect makes it acceptable to offer older aircraft for sale. Americans offer them for sale quite often. Usually outdated equipment is sold at dumping prices with the intent of making profits while the aircraft are in operation. Given the current difficult situation on the global financial markets, mass offer of such American aircraft could temporarily give the US an advantage, but it is impossible to stop aviation developing, so customers will always want to have the latest weapons.

World airshow hierarchy: Which of them are important commercially and from the point of view of advertising? What is the conceptual difference between well-known Western airshows, on the one hand, and Airshow China or MAKS, on the other?

Indeed, the world’s airshows could be divided into two groups: those that are of commercial interest and those used for advertising.

The biggest presentational airshows (in Paris and in Great Britain) are mostly of interest to participants from the point of view of positioning. When aircraft corporations participate in these shows, they essentially say that, however hard their competitors try, these corporations still continue to develop and to offer new products to customers.

Other shows (in India, China, Africa, and Latin America) are far more interesting for us commercially. There, we meet real and potential buyers and could present our offers in the most effective manner.

MAKS is a special event for Russian aircraft corporations. Here, we are at home and our demonstrations produce the greatest effect. This is why this airshow always stirs the interest of those who really intend to buy Russian aircraft.

Which market segments will the RAC MiG occupy in 10 years? What aircraft will the world be talking about in 2027?

I think that, even in 10 years, the RAC MiG will hold the same positions on the global market as today. Ten years is not long for aviation. We will work actively on a ‘light’ multi-role new-generation fighter with expanded combat characteristics and increased export potential. We have laid substantial groundwork in that area and we hope our initiatives will be supported. As regards aircraft, in 10 years, the world will not change as much as you seem to think it will. There will be similar aircraft flying in 10 years. Combat aviation development has long been going along the lines of increasing fighters’ intelligence. And, unlike breathtaking super-maneuverability, it is modern aircrafts’ invisible quality

Let’s take, for instance, the MiG-35. This is a cutting-edge multi-role aircraft whose high intelligence is hidden under the perfect aerodynamics of an improved fuselage reminiscent of the MiG-29’s lines. Thus far, we have not unveiled this aircraft; in early 2017, it will be presented to the global community at the highest level and you will be able to judge its characteristics for yourself. I will only say that this aircraft has staggering export potential as it combines efficiency, flexibility, and affordable maintenance.

Many crucial technologies used everywhere today originated with the military. Could you imagine a future for the designs your corporation creates today? Could it be converted at least in the mid-term?

For our corporation, only one type of conversion of our technology is possible – developing commercial aviation. Historically, MiG is synonymous with ‘fighter aircraft’, but my experience with commercial aviation demonstrates that this area should be developed as well, consistently channeling military technologies into peaceful use.

Medium-range aircraft Il-114 is one such project. It will allow us to work through several issues of its mass production, to occupy a specific niche in the commercial aviation segment and to handle other large-scale projects in the future. 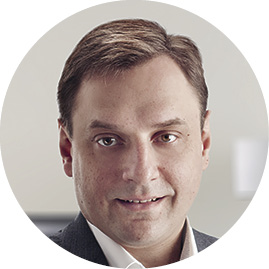