If you want to know why the startup industry succeeds in such countries as Israel, don’t look only at the money, education, or regulatory regime. The real difference is made by the spirit and drive of the young, to wake up in the morning and conquer the world. This is where the Jewish mother should come into play.

When asked about what is needed to create a thriving startup nation where Israel is concerned, the receipts will most likely hinge on factors like the military, governmental policy, technology, education, and skilled labor force. No doubt all of this is important and true. However, all those ingredients are fuel. People speak much less about what should be a sparkplug.

The issue, in fact, draws us to the question of why a young person should wake up in the morning and decide that he wants to take advantage of each of th0se things. What ignites him to become an entrepreneur? What makes him go, fly, run, achieve, work, dedicate, sacrifice, and live for two years on a couple of slices of pizza a day to drive his idea that he must change the world? After all, almost all of us wake up in the morning with a great idea, only to ultimately go to sleep the same day having done nothing to progress it.

Those questions are the key. If you look at Israel, what makes the country different from most of other societies is that a very high percentage of its young people are waking up in the morning and aiming to go and change the world. It is not money or education that makes the difference, as money and education are also abundant in many other places. This has something to do with the spirit of the people. This has to do with the heritage of the society, and, mainly, with how their parents drive them crazy.

Here, Israel has a clear edge over many, as actually every Israeli has his Jewish mother, who is very pushy and who wants her son to go and take on the world without any respite. This is the Jewish mother who drives him crazy.

The phenomenon is deeply enrooted in the nation’s culture. So, when there were no startups to be seen, a Jewish mother would usually take chain and tie her kid by the leg, meaning, “You’re going be on a leash until you go out and become best in the world.” The Jewish mother will tell her kid, when he is just five years old, “After all that we have done for you, I think you should earn a Nobel Prize, and it won’t really be too much.” Or, today, waking up her son in the morning, the Jewish mother tells him, “What is wrong with you? How can it be that you are not developing a startup?”

In fact, this means that from infancy, Israeli kids believe they must go conquer the world. Every kid is plying to satisfy his mother. So he comes to fight all day and night. And we have three million kids in Israel, and all of them are being driven this way.

For all my business experience, I can tell that raising my three sons has been the best economic business of my lifetime. And this is much more a grain of truth than a joke. In the time since becoming a high-tech entrepreneur in 1969 at the age of 26, I invested in 96 companies in a variety of fields, such as software, energy, Internet, mobile, electro-optics, and water technology. My entry to the Internet was Mirabilis. It was a technological startup company co-founded by my eldest son, Arik Vardi, and three of his friends in 1996, which developed ICQ. This instant messaging program pioneered online chatting and set new standards for communication over the Internet. So, it came as little surprise when just two years after its foundation, Mirabilis was sold to America Online (AOL) for $408 million.

Since then, my eldest son has become a successful technology startupper and entrepreneur, so as you can see, that investment was not out of pocket. However, I was devastated by the fact that he never finished high school, and I knew that it was my fault. When he came with his friends and asked me to give a little bit of money for the future Mirabilis, I guaranteed the investment on the condition that he would take a chance to complete his education. You know we also invest in our own mute feelings, which is another part of the formula. Unfortunately, this has never materialized – probably because he also had his own Jewish mother, who pushed him to find his own way.

Of course, the Jewish mother is not the only ingredient to the success of parenting a startup nation. There should be substratum for the entrepreneurial spirit and startup community to strengthen and grow. So, for example, in Tel Aviv, we have 60 to 100 voluntary meetings with the other members of the startup community every week. It costs nothing to the people coming, as the events are sponsored by the government and corporations, such as Google, which provides a whole floor in its office for the community to do the co-working.

Then, you also have to have smart governing. I think the main role of Israel’s government for the startup community is that they avoid interfering and a lot of regulation. Instead, they provide a regime where you can go to a lawyer and come out with a ready startup firm in 15 minutes. Taxation is also very reasonable and more than fair – you pay a 25% capital gain tax, or 30% provided you own more than 10% of a company. It is a country of law, so nobody can take your business from you if you are successful. Then Israel boasts having a good exit market in place, so it is almost no problem to sell a startup and go, away with the cash. If you have a chance to go and do a startup, it is easy for you to do it in Israel. But beyond that, we have that kind of spirit that doesn’t exist at such a level in other areas of the world, with the Jewish mother contributing greatly to it.

The question is how to replicate it and if you can replicate it at all. And it doesn’t mean this blessing is restricted only to the Promised Land. It’s crucial to understand that the Jewish mother is neither ethnic, nor a religious concept. It is even not about gender. You don’t have to be a female or even Jewish in order to be a Jewish mother. In fact, it is a state of mind. Any parent inspiring his kid this way is a Jewish mother, no matter what country he lives in or what faith he follows. And this goes without saying, but parenting your kids might be the best investment in your lifetime, whatever that implies. 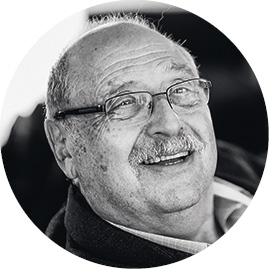