A Grand Fresco: The Origins of Political Order 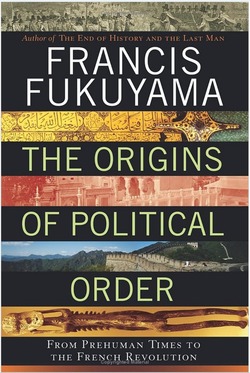 How do you write about a book that is almost 600 pages long (in small print), has 25 pages of references, and the ambition to explain political institutions from the dawn of mankind to the French Revolution, from kinship-based bands of hunters to Voltaire? This was Francis Fukuyama’s objective in this monumental (yet eminently readable) book, “The Origins of Political Order”.

But as I was taking notes of the book – a thing I have been doing for many years after finishing good books – I noticed among my notes a number of Fukuyama’s views on economics, many directy critical of some mainstream nostrums. Because I think that few economists have read Fukuyama, and perhaps even fewer have read him attentively, and perhaps even fewer have read the entire book, I decided to bring up Fukuyama’s several economic statements, with only minimal commentary from me.

“The theory that links the different components of the rule of law to economic growth is empirically questionable and becomes doubly so when projected back onto societies that existed under Malthusian economic conditions”.
“In a Malthusian economy where intensive growth is not possible, strong property rights simply reinforce the existing distribution of resources. The actual distribution of wealth is more likely to represent chance starting conditions or the property holders access to political power than productivity or hard work….rigid defenders of property rights often forget that the existing distribution of wealth does not always reflect the superior virtue of the wealthy and that markets are not always efficient”.
At the end of the book, Fukuyama, when discussing the contemporary China, writes that ‘good enough’ rule of law is often sufficient for fast economic growth. Moreover, technology is much more important than property rights. Fukuyama points out that in a Malthusian world, no property rights will provide you with an economic surplus; but technological development will.
These comments are quite clearly a critique of the views propounded by Daron Acemoglu and James Robinson in, among other works, ‘Why Nations Fail’ (the book was published after Fukuyama’s ‘The origins...’); but also of a number of economists who in a Whiggish type of history-writing consider the protection of property rights as almost a sole, or a sufficient, factor needed to ensure economic growth. Economic historians have generally been much less convinced of that.

In several sections of the book, Fukuyama criticizes Hayek’s ahistoricism, that is, the assumption, frequently stated in Hayek’s work (including in ‘Law, Legislation and Liberty’), that the English Common Law emerged entirely through ‘spontaneous’ decentralized coordination. This is rejected by Fukuyama, who argues that without a strong state Common Law would have never come into existence.
Here is the key point: “Hayek was simply wrong about certain of his historical facts”. “The later evolution of the Common Law might have been a spontaneous process, but its existence as a framework for legal decision-making required centralized political power to bring it into being”.
And also, “This is the point that Hayek and his libertarian followers fail to see: the Common Law may be the work of dispersed judges, but it would not have come into being in the first place… without a strong centralized state”.
In the last section of the book, there is yet another critique of Hayek. Pace Hayek, large scale designs sometimes do work, writes Fukuyama. In other words, “constructivism” is not bound to fail every time.

Fukuyama also disagrees with Mancur Olson. The critique is made in the context of the discussion that tries to explain why Chinese absolutism that was neither constrained by the rule of law nor accountability, imposed only very limited taxes on citizenry. (This was also discussed recently by Debin Ma in his ‘Rock, Scissors, Paper’.) Fukuyama gives several reasons, including difficulties of delegation and  control over an extensive domain, “satisficing” rather than maximizing behavior etc.
I am not sure however if his critique of Olson is justified because in Olson’s model, Chinese emperors are “stationary bandits”; hence they have an “all-encompassing interest” and are not indifferent to the wealth of the realm. It is then possible that the tax rates they applied did not attempt to maximize own revenue.
Here is Fukuyama:
“The only problem with Olson´s theory is that isn’t correct. The rulers of traditional agrarian societies often failed to tax their subjects at anything close to Olson´s posited maximizing rate”.
“Olson´s assumption that any ruler would want to maximize revenues reflects the common assumption of modern economics that maximization is a universal characteristic of human behavior. But this is an anachronistic projection of modern values backward onto a society that did not necessarily share them”.

Against the rational choice model

The last sentence could also be read as a link with the next critique: that of a rational homo economicus. Fukuyama’s argument is that humans are social beings; they never existed in a presocial state, and cooperation is not merely the product of them figuring out whether they are in some cases better off cooperating than not. Coperation, Fukuyama seems to say, is “hard-wired” since humans were always “social animals”. (This argument is consistent with Fukuyama’s emphasis on “patrimonialization”, or tribalism, as a defining feature of most historical political orders.)
“..a rational choice model of collective action in which individuals calculate that they will be better off by cooperating with one another, vastly understates the degree of social cooperation that exists in human societies and misunderstands the motives that underlie it”.
And again, a few pages later: “rational self-interest is wholly inadequate in explaining the degree of social cooperation”.

Just one sentence here, to say that current Indian democracy is not based on a history of democracy in Indian states but on the fact that the fragmented Indian polity, with the ‘checks and balances’ exercised by the Brahmins over the rulers never allowed for the rise of absolutism. There was no history of democracy in India; but, importantly, there never was a social basis for tyranny.
“This is a very superficial view of contemporary Indian politics. It is not that democracy in its modern institutional manifestations is deeply rooted in ancient Indian practices, as observers like Amartya Sen have suggested. Rather the course of Indian political development demonstrates that there never was the social basis for development of a tyrannical state that could concentrate power, to reach deeply into society and change its fundamental social institutions”.
I am not sure that on this point Fukuyama and Amartya Sen are so far apart as the statement implies – but I may be wrong.
At the end, another concept that I really liked, handsomly-termed, “the iron law of latifundia” or large real estates: “the rich tend to get richer in the absence of state intervention”.
Fukuyama by these statements surely calls on the economists to rethink some of their cherished ideas. And to ask: do such ideas work only now, but not in history; do they work only on paper, but not in real life? 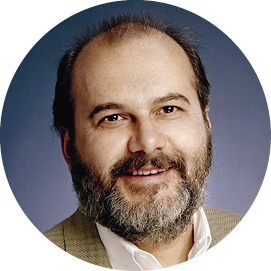