First They Came for Assange

Mike Pompeo, Trump’s first CIA director and now US Secretary of State, once described WikiLeaks as “a non-state hostile intelligence service.” That is exactly right, and it is an equally accurate description of what every self-respecting news outlet ought to be.

My meetings with WikiLeaks founder Julian Assange all took place in the same small room. As the intelligence services of a variety of countries know, I visited Assange in Ecuador’s London embassy many times between the fall of 2015 and December 2018. What these snoops do not know is the relief I felt every time I left.
I wanted to meet Assange because of my deep appreciation of the original WikiLeaks concept. As a teenager reading George Orwell’s Nineteen Eighty-Four, I, too, was troubled by the prospect of a high-tech surveillance state and its likely effect on human relations. Assange’s early writings – particularly his idea of using states’ own technology to create a huge digital mirror that could show everyone what they were up to – filled me with hope that we might collectively defeat Big Brother.
By the time I met Assange, that early hope had faded. Surrounded by bookcases featuring Ecuadorian literature and government publications, we would sit and chat late into the night. A device on top of a bookshelf emitted mind-numbing white noise to counter listening devices. As time passed, the claustrophobic living room, the badly hidden ceiling-mounted camera pointing at me, the white noise, and the stale air made me want to run out into the street.
Assange’s detractors have been saying for years that his confinement was self-inflicted: he hid in Ecuador’s embassy because he jumped bail in the United Kingdom to avoid answering sexual assault allegations in Sweden. As a man, I feel I have no right to express an opinion regarding those allegations. Women must be heard when reporting assault. Only the violence that men have inflicted upon women for millennia is viler than the disrespect and denigration to which women are subjected when they speak up.I recall saying to Julian that, had it been me, I would want to confront my accusers, and listen to them carefully and respectfully, regardless of whether official charges had been brought. He replied that he, too, wanted that. “But, Yanis,” he said, “if I were to go to Stockholm, they would throw me in solitary and, before I got a chance to answer any allegations, I would be bundled into a plane heading for a US supermax prison.” To drive the point home, he showed me his lawyers’ offer to Swedish authorities to go to Stockholm if they guaranteed that he would not be extradited to the United States on espionage charges. Sweden never considered the proposal.
During Assange’s years in Ecuador’s embassy, in circumstances that the United Nations deemed “arbitrary detention,” many friends and colleagues mocked his fear – and lambasted me for believing him. Last September, the historian and feminist intellectual Germaine Greer summed up that belief on Australian public radio: “He won’t be extradited to the United States,” she said derisively, blaming Julian’s lawyers for misleading him into fearing such an extradition while collecting his book’s royalties.
Now he is languishing in Belmarsh, a notorious English high-security prison, in a windowless basement cell with even less fresh air and light than before. Unable to receive visitors, he awaits extradition to the US. “Let him rot in hell,” is a frequent response from good people around the world who were incensed by WikiLeaks’ release of Hillary Clinton’s emails ahead of the 2016 US presidential election, which blew fresh wind into Donald Trump’s sails. Why, they ask, has Assange not released anything damning on Trump or Russian President Vladimir Putin?
Before I explain why his detractors should reconsider, let me state for the record my personal frustration with his support of Brexit, his injudicious attacks against his feminist critics, his editorializing in favor of Trump, and, crucially, his communications with Trump’s people. I expressed this frustration to his face several times.
But castigating WikiLeaks for not publishing leaks that damage all sides equally is to miss the point. WikiLeaks was established as a digital mailbox where whistle-blowers could deposit information that is true and whose revelation is in the public interest. This is WikiLeaks’ sole obligation. By design, it cannot control who leaks what; its technology prevents even Assange from knowing a whistle-blower’s identity. If this means that most leaks will embarrass Western powers, that is WikiLeaks’ great, if imperfect, service to us – a service that, to my frustration, was diminished by Julian’s editorializing.
Recent developments prove that his current predicament has nothing to do with the Swedish allegations or his role in aiding Trump against Clinton. With Chelsea Manning in prison again for refusing to confess that Assange incited, or helped, her to leak evidence of US atrocities in Iraq and Afghanistan, the best explanation of what is going on comes from Mike Pompeo, Trump’s first CIA director and now US Secretary of State.
Pompeo described WikiLeaks as “a non-state hostile intelligence service.” That is exactly right. But it is an equally accurate description of what every self-respecting news outlet ought to be. As Daniel Ellsberg and Noam Chomsky have warned, journalists who fail to oppose Assange’s extradition to the US could be next on the hit list of a president who considers them the “enemy of the people.” Celebrating his arrest and turning a blind eye to Manning’s continued suffering is a gift to liberalism’s greatest foes.Besides liberalism, Assange’s persecution by the US security-industrial complex has another victim: women. No woman, in Sweden or elsewhere, will get justice if he is now thrown into a supermax prison for revealing crimes against humanity perpetuated by awful men in or out of uniform. No feminist goal is served by Manning’s continued suffering.
So, here is an idea: Let us join forces to block Assange’s extradition from any European country to the US, so that he can travel to Stockholm and give his accusers an opportunity to be heard. Let us work together to empower women, while protecting whistle-blowers who reveal nefarious behavior that governments, armies, and corporations would prefer to keep hidden. 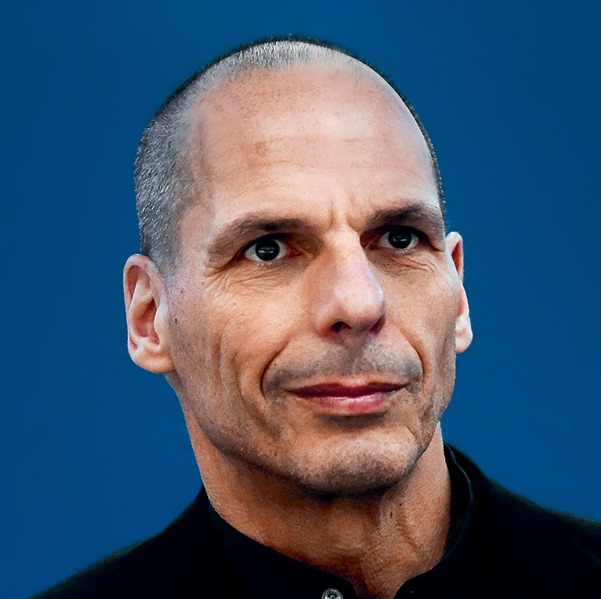 former Finance Minister of Greece, Professor of Economics at the University of Athens