How to Tax a Multinational

For too long, multinational corporations – and digital firms in particular – have used existing rules to avoid paying taxes in countries where they do much of their business. But recent encouraging signs suggest that the idea of a global corporate tax on these companies’ profits is gaining traction.

For some time now, multinational companies (MNCs) have been gaming the rules of the global economy to minimize their tax liability – or even eliminate it altogether. And for some time now, the Independent Commission for the Reform of International Corporate Taxation (ICRICT) has argued for the unitary taxation of MNCs. Fortunately, there have been some encouraging recent signs that the idea of a unitary tax is gaining traction.
Introducing a global minimum effective corporate-tax rate on MNCs of between 20% and 25%, as the ICRICT (of which I am a member) advocates, would greatly weaken these firms’ financial incentives to use so-called transfer pricing among their subsidiaries to shift recorded profits to low-tax countries. Moreover, a global minimum would end the race to the bottom in which countries lower their national tax rates in order to attract investment by MNCs.
These global tax revenues could then be allocated among governments according to factors such as the company’s sales, employment, and number of digital users in each country – rather than on where multinationals decide to locate their operations and intellectual property.
Although tax experts and policymakers initially dismissed the ICRICT’s proposal as impractical, even former naysayers now recognize the validity of this approach. Most important, it is now widely acknowledged that taxing multinational firms based on ‘where value is created’ encourages massive – and legal – tax avoidance through ‘base erosion and profit shifting,’ whereby companies take advantage of loopholes and differences in tax rules to move profits to low- or no-tax jurisdictions.
The resulting revenue losses for governments are mind-boggling. The International Monetary Fund has estimated that OECD countries may be losing $400 billion in tax revenue each year because of profit shifting, with non-OECD countries losing a further $200 billion. As the United Nations’ 2019 Financing for Sustainable Development Report points out, tax avoidance hits developing countries particularly hard, because their governments tend to rely more on corporate tax revenues, and because companies’ declared profits are more sensitive to tax rates than in developed countries.
Multinationals’ tax-avoidance strategies can also distort cross-border trade statistics. Global firms increasingly report intra-company trade and investment in intangible assets such as intellectual property, primarily for tax-arbitrage purposes. This creates ‘ghost trade flows’ that have little or no connection with real economic activity.
This completely legal tax avoidance is most evident in digital companies, mainly because digitalization makes it very hard to establish where production takes place. As a consequence, a digital multinational’s revenues typically bear no relation to its reported profits and resulting tax bill.
Amazon, for example, has paid no federal tax in the United States for the past two years. In 2018, the company generated more than $232 billion in worldwide revenue, but reported profits of only $9.4 billion, on which it could then claim various deductions and offsetting credits. And in 2017, Google legally moved nearly $23 billion to Bermuda through a shell company based in the Netherlands, dramatically reducing its foreign tax bill.
Governments are finally trying to claw back this lost revenue. In January, the OECD proposed standardized rules for taxing digital companies across its member countries, building on measures already proposed in the European Union. The OECD proposals go beyond the ‘arm’s-length principle,’ which seeks to compel multinationals to bring transfer pricing into conformity with some market-value basis. They also go beyond current rules that limit taxation authority to countries where a multinational has a physical presence.
This initiative is certainly welcome, and not only because it could help to reduce tax competition among developing countries. For too long, multinationals – and digital firms in particular – have used existing tax rules to avoid paying taxes in countries where their products are consumed. At the moment, the various proposals to address this (from the US, the United Kingdom, and the G24 group of developing countries) all envisage expanding these ‘market’ countries’ authority to tax global firms. The UK proposal is the narrowest in this regard, while the G24’s is the broadest.
But developing countries also want any global corporate-tax system to recognize their increasing importance as producers for traditional multinationals. Digital companies may be the largest and most prominent tax avoiders, but a tax reform that focused only on these firms would clearly not be in developing countries’ interests. The US government is also against changing tax rules only for (mostly American) digital companies, because it would mean the US giving taxation authority to other countries and receiving nothing in return.
The geographic allocation of multinationals’ global profits and tax payments therefore needs to reflect supply-and-demand factors. This would take into account both sales (revenues) and employees (as a proxy for production). Such a system would benefit developing and developed countries alike.
The arguments in favor of such an approach are overwhelming. But multinationals of both the digital and traditional sort remain politically powerful. Even – or especially – in the digital economy, old-fashioned lobbying still counts. 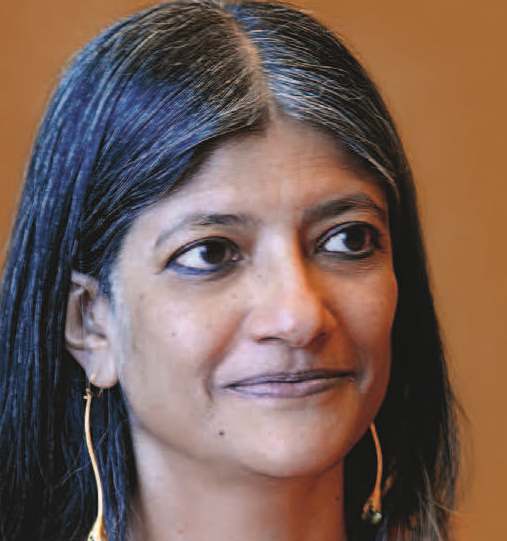