The IMF Is Fueling an Argentine Crisis – Again

In little more than three years, Argentine President Mauricio Macri’s government has already signed two agreements with the International Monetary Fund. And recent developments suggest that the country’s long and troubled history with the Fund may be about to repeat itself.

International Monetary Fund back in 1958. In the six decades since, the country has signed 22 agreements with the Fund. Most were subsequently derailed or ended in failure.
Despite his pro-business credentials, Argentina’s current president, Mauricio Macri, has joined this parade of disappointment. In little more than three years, his government has signed two agreements with the IMF. And recent developments suggest that Argentina’s troubled history with the Fund may be about to repeat itself.
The latest chapter began in June 2018, when the country was running fiscal and current-account deficits equivalent to a combined 11% of GDP. Investors became wary of Argentine bonds, forcing the Macri government to rush to the Fund for help.With the strong backing of the United States, Argentina was soon given a $50 billion IMF loan to use over the next three years.
The government pretended that this was just a ‘precautionary’ program: Argentina would keep the money in its back pocket to reassure private investors. Only two months later, however, Macri admitted that Argentina needed even more than $50 billion – and right away. In IMF jargon, the deal had to be ‘front-loaded.’
At this point, Macri’s friendship with US President Donald Trump (they knew each other from the world of real estate) paid off. The Fund agreed – albeit reluctantly – to top up the loan with an additional $7 billion, bringing it to $57 billion. Moreover, about 90% of the full amount, or $51.2 billion, would be disbursed before Argentina’s next presidential election in late 2019.
This is the IMF’s largest-ever loan to a country, and Argentina’s ailing economy badly needs the financial support. On April 15, the Fund sent a $9.6 billion installment. But rather than using this money to build up its foreign-exchange reserves or buy back debt, the Macri government will instead buy Argentine pesos.
Unsurprisingly, Argentina’s risk premium has soared. Investors are restless, and not only because former President Cristina Fernández de Kirchner is leading the polls. They know that by front-loading the IMF’s financial support into his current term in office, Macri has also bunched Argentina’s future repayment obligations to the Fund. And because the IMF has preferred-creditor status, it will be first in line to be repaid. So if Argentina does not have enough dollars after 2020 to repay all its creditors, private investors could be forced to restructure their claims at a loss. Investors therefore have a narrow window of opportunity to leave Argentina, and they may use it soon.
The government argues that the Treasury will need to sell the $9.6 billion in the domestic market to cover peso-denominated budgetary expenses. Although borrowing dollars from the Fund to buy pesos seems unusual, the IMF has agreed. At the same time, the government has been allowed to use the Fund’s money only in homeopathic doses of up to $60 million per day, through the central bank and in public auctions.
This makes no sense. Under its IMF agreement, the government committed to running a zero-deficit primary budget balance (before interest payments), and to rolling over 70% of all maturities and interest payments on public debt in pesos. The government is successfully meeting both conditions, and is currently rolling over 100% of interest and public debt maturing in pesos, exceeding this year’s target.
The government therefore has no budgetary need to use the IMF’s dollars to buy pesos. Rather, the authorities – with the Fund’s endorsement – will use the money to keep the peso’s exchange rate stable until the elections later this year, thereby increasing Macri’s chances of re-election.
The IMF should not support this, for several reasons. For starters, by endorsing such folly and false arguments, the IMF will jeopardize efforts (including by me) to normalize relations between Argentina and the Fund. Furthermore, the dollars that the government sells to prop up the peso this year will be badly needed by the next administration to service maturing debt and interest payments in 2020. Having $9.6 billion – rather than the equivalent amount of depreciated pesos – would put the next government in a slightly more comfortable position if, as seems inevitable, it needs to renegotiate Argentina’s current IMF agreement. And ensuring a stable peso may not even be possible, given that a daily auction of $60 million will not give the government enough ammunition to prevent spikes in the foreign-exchange market.
Finally, the more debt Argentina owes to a privileged creditor such as the IMF, the harder it will be to convince private, “non-privileged” investors to roll over their claims and continue financing the country in 2020 and thereafter.Sadly, history may be about to repeat itself. In October 2001, about 60 days before it defaulted on its debts, Argentina borrowed $8 billion from the Fund. Most of this money was used to buy pesos from institutional investors leaving the country. The IMF is about to make the same mistake again. It should not expect a different outcome. 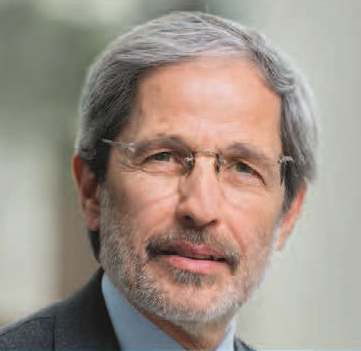