A planetary mesh of perception and response 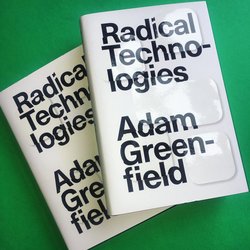 Any information, even the most random and useless, can be collected and analyzed, so the Network needs to know everything. And, most likely, to hide from the internet of things at least something in the near future will be quite difficult. As always, this state of фffairs has pros and cons. With the kind permission of the publishing house Verso BRICS Business Magazine publishes the outcome of the technological thinker Adam Greenfield’s «Radical Technology: The Design of Everyday Life».