An Iron Fist in a Velvet Glove 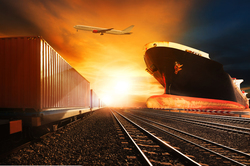 Having launched its ‘One Belt, One Road’ initiative, China is forcing its way through with an iron hand. Its generous infrastructure loans have been leading some of the countries willing to follow that road into a debt trap. The chance to escape is slim.

Announced in 2013, China’s grandiose ‘One Belt, One Road’ initiative was officially launched with great fanfare by Xi Jinping shortly after taking over as president. But as Beijing implements it step by step, luring more partners to get the show on that road, the risk and reward equation is coming under closer scrutiny. The potential debt trap embedded in the Chinese loans is viewed by critics as a serious threat to those countries. If unable to repay the debts taken on to develop their transport infrastructure, New Silk Road champions may lose some of their economic or even political sovereignty to China.
Many criticisms of Beijing’s lending expansion have been coming from the West. In March, the Center for Global Development, a US-based think tank, published a report claiming that China was “posing a severe risk to the finances of a number of countries as a result of its aid activities and excessive lending”. Those countries included Mongolia, Laos, Kyrgyzstan, Tajikistan, the Maldives, Djibouti, and Montenegro.
“When advanced countries give out loans or other forms of aid, they generally impose a cap. This prevents them from lending excessive amounts,” notes Shin Kawashima, professor of International Relations at the Graduate School of Arts and Sciences, University of Tokyo. “China, however, is not a member of the Organisation for Economic Cooperation and Development. Nor is it a member of the Development Assistance Committee, the division of the OECD that regulates aid policy. This can present problems for borrowers. If a country borrows to the point that its fiscal health is at risk, that is a serious problem. How will it repay the loans? It is not unreasonable to expect that it might have to use controlling interests in ports, mines, or other infrastructure as collateral to facilitate the repayments.”
The emerging world, however, is also in no shortage of China’s persistent opponents on those issues. A member of the BRICS and yet Beijing’s key regional competitor, India has traditionally avoided Chinese economic initiatives. “States caught in debt bondage to China risk losing both their most valuable natural assets and their very sovereignty,” says Brahma Chellaney, professor at the New Delhi-based Centre for Policy Research. “The new imperial giant’s velvet glove cloaks an iron fist – one with the strength to squeeze the vitality out of smaller countries.”

Those accusations are not unfounded, with Sri Lanka being the most cited example. In 2010, China invested $1.5 billion to build a port in one of the fishing villages of southern Sri Lanka’s Hambantota District. More projects and loans followed, and by 2017, Colombo had realized that those debts were just unaffordable. “In an attempt to tackle that issue, the Sri Lankans initially offered a Chinese company to buy an 85 percent stake in the Hambantota port, but in late 2017, it was announced that the port would be handed over to China on a 99-year lease,” says Nandan Unnikrishnan, vice president at Observer Research Foundation, an influential India-based center for political studies.
Similar developments have been unfolding in Pakistan. Its government will likely face problems servicing a nearly $90 billion loan provided to finance the construction of the China-Pakistan Economic Corridor and the Diamer-Bhasha dam. “The fears are that the Gwadar port will become a strategic price payable to Beijing just as Hambantota,” says Unnikrishnan. “Importantly, China has already announced plans to build a naval base at Gwadar – in addition to the one in Djibouti.”
Ishaan Tharoor, a well-known Indian political reporter, agrees. In August, a coalition government was formed in Pakistan with Imran Khan as the prime minister. According to Tharoor, one of his tasks will be to steer the country out of a deep political and economic crisis, and that will likely require financial aid. Over the past three decades, Pakistan has been receiving it from the IMF. But its tough conditions could prompt Khan to seek help elsewhere, argues the reporter in his Washington Post article, pointing to China as a potential alternative. The consequences, however, would also be quite predictable. “Pakistan could instead turn to China for fresh loans, but that could make Islamabad even more beholden to Beijing than it already is,” writes Tharoor. “In that regard, Pakistan is becoming the latest testing ground of a key plank in China’s global strategy.” We could see Sri Lanka redux, he adds, recalling “accusations that China is engaging in a 21st-century style of ‘creditor imperialism’”.
Husain Haqqani, a former Pakistani ambassador to Washington, goes even further, saying that the Chinese-Pakistan Economic Corridor – the formal name for a complex $62 billion infrastructure-development plan actually should be called ‘Colonizing Pakistan to Enrich China’
Meanwhile, both Chinese and Pakistani officials insist that accusations of Beijing’s new colonialism are overblown. The two countries have been longtime allies – a status largely underpinned by their mutual antipathy to India. In recent years, Beijing has strengthened its role in many sectors of the Pakistani economy, from nuclear energy to creating special economic zones. “Pakistan does need China’s help, as it faces a slew of economic challenges, including a backward industrial supply chain, weak foreign trade, and a huge portion of its population still living in poverty and without proper education,” states an editorial in the Global Times, a Chinese daily, urging China to “ignore the noise and step up its investment in Pakistan”.

Interestingly, the aggregate Chinese investments in the New Silk Road projects are extremely difficult to estimate. According to the Asian Development Bank, nearly $26 trillion need to be invested in the regional infrastructure in 2017-2030 to maintain the current growth rates and address climate change. It means Beijing’s $1 trillion commitment cannot by itself be treated as a claim to global leadership. Besides, experts argue that it is far from being consistently supported with adequate financial investments.
“The real concern among the majority of beneficiary countries, namely middle-sized emerging markets, is what I call the ‘Chinese chimera’… [rather] than a ‘debt trap’,” says Richard Javad Heydarian, a political scientist and assistant professor at De La Salle University in Manila, referring to “the yawning gap between China’s rhetorical promises of large-scale investments and the reality of its minimal substandard investments. … It manages to extract major geopolitical concessions from host nations by overawing them with large-scale offers of technology and capital. Moreover, the limited Chinese investments that come in tend to represent ‘corrosive capital’, which could crowd out domestic producers, enrich and strengthen corrupt officials, and undermine good governance and environmental sustainability in host nations with weak rule of law.”
The Philippines under President Rodrigo Duterte, who welcomed China as a major partner in the country’s large-scale development program by attracting $7.3 billion in infrastructure investments, is a perfect illustration of that threat realizing.
Robust credit ratings, economic growth, and GDP have been keeping the Philippines out of the Chinese ‘debt trap’, which tends to capture poorer and smaller nations. However, Duterte’s effort to attract capital from Beijing has already inflicted unreasonable geopolitical costs on his country. In 2017, he used his ASEAN chairmanship to actively defend the partner nation from any criticism related to its extensive reclamation activities in the South China Sea. To Beijing’s delight, Duterte also downgraded the Philippines’ security cooperation with the US, promising to shut down the American military bases by the end of his term in 2022.
But the country has had only crumbs from the Chinese table. In spite of claims about the bilateral relations entering a new ‘golden age’, actual data show that China so far has failed to make any major investment in the Philippine economy. The bulk of last year’s investments came from the country’s traditional trading partners – the US, Japan, and the Netherlands – and, to a lesser extent, Singapore and Hong Kong.
“Moreover, there are concerns that the Chinese investments, similar to those in Africa, Latin America, and Central Asia, will only reinforce undemocratic trends in the Philippines... which in effect could strengthen autocratic tendencies in the Philippine leadership,” says Heydarian. “What’s of particular concern is that Chinese investments, or even the promise of them, tend to pick up in particularly inauspicious times for fledgling democracies, specifically when they are being gradually captured by either corrupt or/and authoritarian leaders – whether it’s in Sri Lanka (under Mahendra Rajapaksa) or Malaysia (under Najib Razak).”

FOR THE SAKE OF DEFENSE

Another reason behind the negativity surrounding the ‘One Belt, One Road’ initiative is the possibility of China using the newly built infrastructure to bolster its military potential, however abstract that possibility may be.
“The infrastructure being built by China, including roads, railways and ports, will not only contribute to economic development in the region, it will also help to improve connectivity throughout Eurasia,” says Kawashima. “At the same time, though, that infrastructure will benefit China’s military, enabling Beijing to secure an effective means for communication and the movement of troops in a contingency.”
Clearly, Beijing has not been using that infrastructure to enhance its defense in a direct manner, while its base in Djibouti and other facilities serve to fight piracy near Somalia and support peacekeeping operations in South Sudan and other regions. However, the Djibouti base is indeed capable of playing a role that goes beyond peacekeeping and piracy control. The port, railway, and communication infrastructure are also suitable for a military use on top of a trade and economic one.
“In cases that involve enhancing this capability, doubts will be expressed by those countries if China does not maintain a certain degree of transparency and accountability and explain its intentions,” adds Kawashima. “And if Beijing makes loans that are beyond the ability of the recipient country to repay, China’s acquisition of controlling interests in the ports will give its neighbors to understand that it is leveraging this capability and its economic power to acquire those controlling interests.”
Yet, all these controversies hardly obscure the obvious benefits that the ‘One Belt, One Road’ initiative holds in store for the entire Eurasia instead of just China and its allies. “Countries in need of financing to establish new ports or related transport infrastructure or to upgrade existing facilities would welcome news of a willing new sponsor or financier,” says Lucio Blanco Pitlo III, a member of the Philippine Association for China Studies (PACS). “China’s longstanding policy of no-strings attached would be popular with states that have limited access to capital and technology. ... Increased regional connectivity would boost trade and commerce, allowing participating countries greater access to the huge China market while attracting much-needed investments ... But for China to entice more countries to join, it has to address some important points.”
Other experts also approve the considered and measured approach. “Scenarios unfolding in the Maldives and some African and even European countries seem to underscore the success of China’s geoeconomic initiative,” says Unnikrishnan. “While disproving the myth that the New Silk Road is a purely economic project that also highlights China’s readiness to challenge the Western leadership within the existing world order.
The question is whether it will actually stabilize other economies or simply replace one hegemon with another, whether China is indeed guided by global interests or has limited its focus to its own national priorities. Time will soon tell.”