Education, Opportunity and Risk: How to Encourage More Entrepreneurs in BRICS Countries 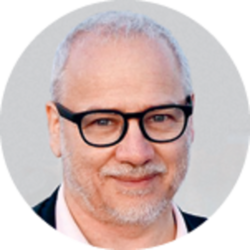 I believe that this is because Western powers have long-nurtured and excelled in three key areas that BRICS countries have historically ignored or deemed unimportant: Education – nurturing meta competences that are essential to a successful entrepreneur; Opportunity – making the workforce aware that entrepreneurship is welcomed; and Risk – creating the right environment for people to start a business.
In Russia, for example, the main teaching focus in kindergarten is how to count, how to read, and other hard skills. Whereas, in Western countries, the focus is on general communication and problem solving. I read recently, that 66 children from a London nursery school participated in a month-long entrepreneurial training programme with teams from other schools, universities and businesses around the world. This means that already at one year’s old, teachers are nurturing meta competences crucial to a successful entrepreneur: creativity – thinking up a successful business; communication and emotional intelligence – interacting with others and working in teams; and critical thinking – how to make the project successful.
For comparison, the Ministry for Skills Development and Entrepreneurship in India is only just putting into action its plans of building world-renowned skill centres aimed at training students in entrepreneurial skills. This is the exact development that I believe there needs to be more of, but meta competences are hard to teach to older students and adults. In my opinion the focus must be on early years education to instil a natural inclination towards these skills; the earlier the better.
Still, despite the GEI finding that, on average, countries in the Asia-Pacific region, including India and China, have highly-educated populations (well-trained in business), they still do not rank highly on the index. So, obviously, there are other factors necessary for successful entrepreneurship that are being ignored. In India, for example 52.2% of people believe that they would be capable of starting their own business, yet nearly the same number of people – 49.8% – don’t take the steps to doing so.
This is, therefore, a question of opportunity: creating a conducive environment for an entrepreneur to take the first steps into starting on their own. In Latin America, for example, startup levels are far higher than established business activity. This suggests that a basic environment for entrepreneurs to start exists, but is not sufficient to support their ongoing business activities. Anything from competitive or poor market conditions, to bureaucracy, economic factors, corruption, or excessive bureaucracy can be to blame – all of which can be found in BRICS countries Whereas in the US, the environment is so well-established that a young student can start a business and for it to become a billion-dollar idea. In 2005, 15-year-old Andrew Sutherland invented and founded the education app Quizlet when he was having problems learning at school. Now the app boasts some 50 million active users in 130 countries. Not only is this a reflection of the education and opportunity he had access to, but also the safe knowledge that his venture would be worth any risk.
In fact, fear of risk is the main killer of any venture or idea. Over the past 15 years, China has been making steady progress – by implementing policy on controlling and opening to international markets the government has assured 6% GDP per Capita growth. Yet still only 17% of adults there believe that it is easy to start a business. From my own experience, working in the Department of Entrepreneurship and Innovation Development in Moscow, I have witnessed how this fear has made it very difficult to attract young people into our programmes. To improve, I think it is important for all BRICS countries to listen to the perceived threats and obstacles that their workforce has, and to promote entrepreneurship as a protected and necessary part of society; an important institution that the country needs in order to continue prospering.
Global and government initiatives promoting solutions in education, opportunity and risk are vital in closing the gap between developed and BRICS countries. Initiatives such as Mission: Talent – raising awareness and sharing best practices on the global skills gap – and the Simama Ranta Schools Competition in South Africa – encouraging learners to become entrepreneurs. Recently, I attended the 45th WorldSkills Competition and Conference, which not only showcased young people’s TVET skills, but hosted lively and important discussions on the skills gap in the global labour market. I had the pleasure of speaking to young entrepreneurs from BRICS countries and found their drive to help their communities inspiring. Such a platform allows others from their countries to see that anything is possible, and so I think more initiatives like these, are crucial if BRICS countries are to succeed, not only in entrepreneurship, but in the ever-changing labour market in general..