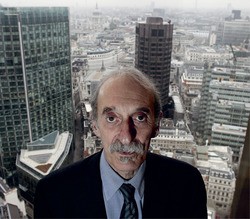 Should you make allowance for the demographic situation in the countries where you invest your capitals? The answer is both yes and no. It all depends on your investment horizon.

Demographics have become a big deal, underpinning the widely held view about the shift in economic weight from rapidly ageing Western economies to more youthful, dynamic, emerging economies. But there’s more to this than meets the eye, especially for investors, who are often drawn to the consumption and other economic potential of population characteristics in the BRICs and other emerging countries.

First, investors looking to returns over a typical investment horizon, which may be from a week to a couple of years, will not be any wiser if they spend a lot of time looking at demographics – and a lot poorer. In 2012, U.S., Japanese and European equity markets rose by around 20%, while BRIC markets fell or traded sideways. Changes in the level and age structure of the population are glacial with effects that cumulate slowly, if inexorably. On a trading or cyclical view, investors are better advised to stick to what they expect in terms of political stability, economic growth, profits, money and credit trends, other public policies, and so on.

Second, that said, over the last decade or more, BRIC and emerging market equities have outperformed developed markets for a multitude of reasons, but the demographic support for BRIC markets has been solid. And within the BRIC universe, for example there’s no question that patterns of consumption and economic growth differ between countries with expanding or declining populations, for example Brazil and Russia, or with faster- or slower-ageing populations, for example China and India. Investors, therefore, need to consider corporate securities in the light of the demographics that determine market size, income growth and distribution, urbanisation rates, infrastructure and housing needs, and age-specific goods and services.

Demographers often refer to the so-called ‘demographic dividend’, a phase when child dependency is declining and the working-age population is expanding, but before old age dependency has begun to increase. This phase is normally, but not always, associated with rising levels of consumption, sa­vings, prosperity, productivity and economic progress. Young workers bring new ideas, effort and innovation, but they haven’t yet reached the point where they have become net savers supporting higher levels of investment. But when workers reach the ages of 35-55, they then tend to be big drivers of sa­vings and investment.

India and Brazil should top investors’ asset allocation, as the growth dynamic should be stronger, and the social and financial consequences lower. China has just about exploited its dividend now, while Russia has already banked it

Over the next 20 years, China’s population of 35-55s will fall from 32% to 29% of the population, but in India this age group will rise by 5% to 27%, and in Brazil and Russia it will rise by 3% – but in Russia’s case this is entirely due to the fall in the population. So, it is important for investors to look at profiles of important age cohorts, and to focus on the old-age dependency ratio, which measures the age structure of the population as the proportion of citizens aged over 65 dependent on the working age population, aged 15-64 years. India’s old-age dependency ratio of 8% [as the proportion of dependents per 100 working-age population] will still be just 12% in 2030, and 28% by 2050. Brazil’s will rise from 10% to 36%. But by then China’s will be 42%, compared with 11% now, and Russia’s will be 39%, compared with 18% now. So, on this basis, India and Brazil should top investors’ asset allocation, as the growth dynamic should be stronger, and the social and financial consequences lower. China has just about exploited its dividend now, while Russia has already banked it.

Third, it doesn’t follow that India’s youthful population characteristics, for example, mean stronger economic performance than that of China, which is the fastest-ageing country on Earth. Russia’s strong growth record from 2000-2007, and still good showing since 2010, has occurred despite the fact that the population has been falling since 1992, and will continue to do so for the foreseeable future. Brazil’s model demographics in a solid middle income country have not prevented new concerns about the country’s weak savings and investment rates, and accordingly, its meagre growth performance.

The reason is that in addition to the demogra­phic structure of a country, it’s what people do that matters. If they’re largely employed, and engaged in productive work, surging young populations will prosper, and the economic consequences of older populations will be better managed. A third of India’s population is aged under 15, and as they join the labour force, India’s working-age population will increase over the next 20 years by more than the entire working-age population of Wes­tern Europe. But India has a notoriously weak system of labour laws and record of job creation, with a high incidence of poverty among people with any kind of work. China’s working-age population is close to peaking and is predicted to fall by over 100 million by 2040. If this decline is compensated by improvements in productivity growth, then all well and good. But if not, there’s a dark cloud hanging over China’s economic and social prospects. And even with its high educational achievement standards, China is still a long way behind the West in terms of the quality of and access to tertiary education. Russia’s working-age population is forecast to fall by 20 million to 84 million, and even though the oil and gas sector remains Russia’s core strength, the underlying fabric of growth is weakening as a result of weakening investment and productivity levels, which are partly demographics-related. This seems to have less to do with the country’s science, engineering and education system, and more to do with economic government and governance.

Fourth, investors can draw some comfort from the asset market implications of changes in age structure and the old-age dependency ratio. This is simply because market systems reward scarcity. When labour is plentiful, as during the demographic dividend, capital returns should be higher. Later, when rapid ageing commences in earnest, and labour becomes relatively scarce, the pattern of returns should switch back towards labour; that is, wages and salaries at the expense of capital. Moreover, higher interest rates and inflation are generally thought more likely to characterise slower-ageing countries, compared with developed markets. So, for the moment, equity and capital markets returns should favour BRIC economies and other major emerging markets over faster-ageing countries.

But this proposition is incomplete. Returns to capital in the BRICs may be higher over time, but they may also be significantly more volatile, reflec­ting economic and political circumstances and the challenges of structural reform as they become richer, and more complex. In their own ways, the BRICs have reached just such a point in their development.

So the lesson for investors is that demographics matter if you’re thinking about structural changes in societies and in consumption patterns, whether companies are anticipating demand shifts related to ageing, and if governments have strategies to prepare for the financial consequences. But for short-term investment strategies, demographic arguments for buying and selling are little better than tossing a coin.