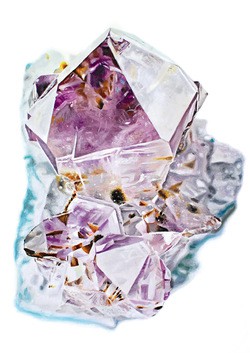 Breakout Enterprises in BRICs and Strategies for Sustained High Performance†


The economic prominence of emerging markets, particularly the BRICs (Brazil-Russia-India-China), has spurred a new quest to define the next set of resurgent markets and breakout nations. In contrast to these initiatives, this study proposes a different perspective in which to examine the sustainability of emerging markets: the ability of countries, in this case the BRICs, to generate exemplary firms over time. Newly competitive firms not only signal future growth but also define the dynamism and resilience of these emerging markets in the future. Following a rigorous test that combines the assessment of several financial indicators against different comparison groups, a set of 70 firms from BRICs were identified, which we call the ΄rough diamonds,΄ reflecting their underrepresentation in the popular press. The process in which these RDs achieved success is represented in a systematic and sequential process of value creation, which we call the Four Cs for Sustained High Performance. This paper details the process, assesses the viability of the RDs, and provides implications for business practices.

Attention is slowly shifting to the next frontier, whether this be CIVETS (Colombia, Indonesia, Vietnam, Egypt, Turkey, South Africa), or VISTA (Vietnam, Indonesia, South Africa, Turkey, and Argentina), or even the Next 11 (Bangladesh, Egypt, Indonesia, Iran, Mexico, Nigeria, Pakistan, Philippines, Turkey, South Korea, and Vietnam). Given the hype that often accompanies such alluring projections, however, one should not overlook the fact that the BRICs are still in an evolving state of development. In contrast to many existing publications about emerging markets that seek to identify future resurging countries, we offer an alternative focus of sustained growth: the generation of exemplary firms over time. Much like legendary and elite sports teams, their development will not be graded on current progress but on their ability to produce a consistent flow of successful players over time. Similarly, newly competitive firms not only signal future growth but also define the dynamism and resilience of these emerging markets over time.

Identifying the next generation of high performing firms in the BRICs was an arduous effort culminating in a three-year period of study, in partnership with Ernst & Young. Multiple measures were employed to evaluate firm performance over close to a 10-year period from 2000 to 2009: growth, market share, profitability, and efficiency. We focused on private companies because other types of firms, such as state-owned enterprises, might pursue other goals, such as administrative tasks. In addition, we compared prospective firms against a pool of similar firms using highly rigorous tests and standards. The result was a list of 70 firms from the BRICs that we metaphorically call ΄rough diamonds΄ in deve­lopment.

Simply stated, ΄rough diamonds΄ are the best-performing firms in the BRICs. Placed in perspective, these RDs have grown at an average rate of 43.12% over 10 years. In other words, they double their sales every 1.93 years. In the case of Chinese RDs, the time to double their growth is an astonishing 1.45 years. But growth alone cannot capture the full significance of this stellar performance. These same firms compare favorably with the top 500 firms in their respective countries, as well as the top 25 manufacturing firms in their countries and comparable firms worldwide – exceeding them in terms of profit margins and return on assets over an extended time period.

But how did these firms achieve their success? Can they sustain their performance over time? What can firms from the rest of the world learn from these best-performing firms?

How do real-world diamonds get their value? Part of it derives from their scarcity, but a host of other factors ultimately determines the extent to which a particular gem is prized. Rough diamonds are painstakingly cabbed, cut, and polished to remove infirmities, an intricate and rigorous process that leaves the diamond even more valuable than before – a value-creating protocol called the Four Cs (cut, color, clarity, and carat). In our study, we find that RDs employ a similar rigorous and progressive process, ranging from entrepreneurial ventures to developing core competencies in marketing and operations, and fostering profitable growth. We describe this process as the Four Cs for Sustaining High Performance.

1. Capitalizing on Late Development – RDs are adept at converting market signals into viable opportunities. Such signals relate to changing industry conditions and to new government policies oriented at market liberalization and import substitution – what we term as ΄late development.

2. Creating Inclusive Market Niches and Segments – Beyond generating demand for an already established product, RDs excel in consolidating pockets of fragmented demand that were previously unattended.

3. Crafting Operational Excellence – To sustain performance and to prepare for the next phase of market expansion, RDs employ drivers at all stages of the value chain, in particular internalized supply chain management, collaborative innovation, stringent quality assurance, and agile and coherent management systems.

Can Success Be Sustained Over Time?

In our analysis, we probed deeper to understand whether the success of these RDs might be sustained over time. In this regard, we examined changing patterns in privatization, industry trends and transitions, shifting demographics in the middle-class segments in the countries the RDs are situated, anticipated changes in demand and consumption, the prospect of future competitors, and the pressure for accelerated internationalization. Ultimately our results showed that RDs’ competitive positions were relatively secure and defensible over the ten-year study period, despite the few barriers to entry or the moderate growth of their industries. In other words, sustained success goes beyond merely developing a favorable competitive position; it means sustaining that position through excellent execution over time, especially when evidence suggests that the industry characteristics might not be as attractive as other sectors.

But why pay attention to these RDs? We suggest three reasons. First, their success and future growth trajectory foreshadow the ΄rules of the game΄ not only for firms in emerging markets, but also developed countries. Understanding their performance provides important clues about how to succeed in an era of late development in emerging markets. Second, these RDs might well be formidable competitors or strategic partners for other firms in the foreseeable future. Hence, disregarding or undermining them might lead to vulnerability in one’s business strategy should they become direct competitors, while understanding their motivations and aspirations might be of benefit should these firms become complementary partners or key suppliers in the future. Third, knowing these RDs also reveals important changes within the BRICs, notably developments in institutions, changes and transitions in industrial development, recent government policies, and growing shifts in the balance of competitive standings among firms.