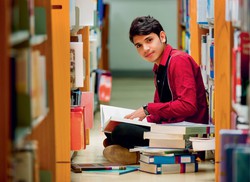 The Indian miracle will not materialize without a radical reform of the country’s education system. Foreign universities have a wonderful opportunity to take part in this process.

Why and what is stopping India from being a developed country? This particular question strikes me every time I read something about India’s education system. I see India’s education system as a stumbling block towards its objectives of achieving inclusive growth. The fact is that India is going to experience the paradox of nearly 90 million people joining the workforce with most of them lacking the requested skills and mind-set for productive employment.

India has about 550 million people under the age of 25 years, of whom only 11% are enrolled in tertiary institutions – a number that pales compared to the world average of 23%. India’s education system turns out millions of graduates each year, many skilled in IT and engineering. This manpower advantage underpins India’s recent economic advances, but masks deep-seated problems within the country’s education system. While India’s demographics are generally perceived as giving it an edge over other countries’ economies (India will have a youthful population when other countries have ageing populations), there could be severe domestic political ramifications if this advantage is restricted to the small, highly educated elite.

If there is one overall structure which defines Indian higher education, it is the affiliated college system. The vast bulk of students study at public and private colleges which are affiliated to state universities. These colleges do not have their own degree awarding powers; they deliver the courses, curricula and examinations specified and regulated by their parent state university. The affiliated college sector is huge, enrolling over 90% of undergraduates, 70% of postgraduates and 17% of doctoral students. Some universities have as many as 1,000 colleges affiliated to them

Traditional Hindu education served the needs of Brahmin families: Brahmin teachers would teach boys to read and write. Under the Moguls, education was similarly elitist, favouring the rich rather than those from low-caste backgrounds. These pre-existing elitist tendencies were reinforced under British rule. British colonial rule brought with it the concept of a modern state, a modern economy, and a modern education system. The education system was first developed in the three presidencies (Bombay, Calcutta, and Madras). By linking entrance and advancement in government service to academic education, colonial rule contributed to the legacy of an education system geared toward preserving the position and prerogatives of the more privileged members of society.

In the early 1900s, the Indian National Congress called for national education, placing an emphasis on technical and vocational training. In 1920, Congress initiated a boycott of government-aided and government-controlled schools and founded several ‘national’ schools and colleges. These failed, as the rewards of British-style education were so great that the boycott was largely ignored. Local elites benefited from the British education system and eventually used it to expel the colonizers.

Nehru envisaged India as a secular democracy with a state-led command economy. Education for all and industrial development were seen as crucial tools to unite a country divided on the basis of wealth, caste, and religion, and they formed the cornerstones of the anti-imperial struggle. Following Independence, school curricula were thus imbued with the twin themes of inclusiveness and national pride, placing emphasis on the fact that India’s different communities could live side by side peacefully as one nation.

The legacies of this Nehruvian approach to education are considerable; perhaps most notable is the entrenchment of the pluralist/secularist perspective in the minds of the Indian people. Subsidized quality higher education through institutions such as the IITs and IIMs formed a major contribution to the Nehruvian vision of a self-reliant and modern Indian state, and they now rank amongst the best higher education institutions in the world.

India is planning a massive expansion of its higher education system over the next decade. The Indian government has the stated goal of increasing higher education participation rates to 30% by 2020 from 18% today – a target that will require the creation of an additional 14 million spaces in the country’s higher education institutions over the next six years. The National Knowledge Commission has projected a required investment of up to $190 billion in order for the country’s education system to expand sufficiently to allow it to reach its 2020 targets.

These days, when comparing the two Asian giants, India and China, investors opt for the former increasingly often. Indeed, India stands out against the background of a significant economic slowdown in China and the structural problems of most other emerging economies from Asia to Latin America.

With a population of over 1 billion, India needs to involve every stratum of its society in the development of its economy – economists describe this phenomenon as ‘inclusive growth’. In a country where the literacy rate is still relatively low and slums are often nested next to business districts, such growth is impossible without high-quality and affordable education.

An expansion of the scale and pace that is currently being anticipated will likely only be done in collaboration with the private sector, and, observers increasingly point out, through a wide range of partnerships with foreign providers.

The question goes well beyond the need to create a large number of additional seats. There are significant quality issues in higher education in India, and also persistent issues with respect to the employability of graduates. The country is concerned therefore with expanding its tertiary system, as well as with improving equity of access and quality across the board. All of these ambitious and interrelated goals are amplified by the fact that the Indian system is massive. There are approximately 650 universities and more than 40,000 colleges and diploma-granting institutions.

Earlier this year, the British Council produced a superb report entitled Understanding India: The Future of Higher Education and Opportunities for International Cooperation. Its findings rely in part on more than 50 face-to-face interviews with higher education officials and policymakers in India, and it is highly recommended for any foreign educators considering expanding partnerships or collaborations in this key market. Of the country’s education system, Understanding India says in part:

“If there is one overall structure which defines Indian higher education, it is the affiliated college system. The vast bulk of students study at public and private colleges which are affiliated to state universities. These colleges do not have their own degree awarding powers; they deliver the courses, curricula and examinations specified and regulated by their parent state university. The affiliated college sector is huge, enrolling over 90% of undergraduates, 70% of postgraduates and 17% of doctoral students. Some universities have as many as 1,000 colleges affiliated to them.”

Observers, both within India and abroad, also note a marked devolution of authority for higher education from the central government to state authorities. This is in part a function of the national government’s Rashtriya Ucchatar Shiksha Abhiyan (RUSA) program, which provides for increased funding as well as governance reforms and quality controls for state-funded institutions. For foreign education providers, one implication of this shift is that the pace and scope of system expansions and other reforms will vary from region to region across the country.

“The expansion and reform of higher education in India will be driven by the states,” notes the British Council. “The increasing devolution of authority and budgets will probably mean that the significant opportunities for institutional partnering and large-scale, system-wide, multidimensional cooperation will emerge at state level.”

There are, however, a number of eligibility requirements.

Foreign operators of branch campuses in India must:

•Be not-for-profit;
•Have been in existence for at least 20 years;
•Be accredited by a reputable organisation;
•Be ranked in the top 400 in one of three global rankings: the UK-based Times Higher Education or Quacquarelli Symonds (QS) rankings, or the Shanghai Jiao Tong University Academic Ranking of World Universities;
•Offer course content as good as that offered via their main campuses;
•Not repatriate money earned on Indian soil or distribute profit or dividends to members.

Without question, the scale of the opportunity for foreign providers in India is vast. In recent months, we have seen an increasing awareness of transnational education (TNE) initiatives as a mode of export that is distinct from, but largely complementary to, the traditional student recruitment model. We have also seen strong indicators that TNE programs – ranging from branch campuses to twinning arrangements or joint programs – represent an important recruitment channel for study destinations abroad.

These factors, combined with the fact that India will become an increasingly important contributor to global student mobility over the next decade, strongly suggest that we can expect a sharp increase in transnational education linkages in India in the years ahead. 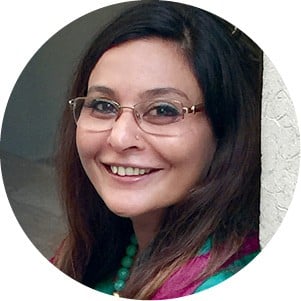