With their innate benefits, such as low cost manufacturing and availability of talent, corporate champions from emerging markets, China and India ahead of all, have begun to expand rapidly. So does BRICS, which has already gained the weight of G7 and is now promoting a mutual economic agenda, said Onkar Kanwar in an exclusive interview with BRICS Business Magazine.

Revenues of the 100 largest multinational corporations from emerging markets (EMs) have been growing three times faster than those of companies from the developed world in 2004-2014, BCG said in a recent report. And, that in spite of political risks and the slow pace of the global economy, EM corporate leaders are rapidly expanding their business in their home markets and abroad. What do you think of the findings and what is the reason for their success, in your view?

Yes, multinationals from emerging markets are doing fairly well. The primary reason for the success of any organization is its leadership and strategic decisions taken with respect to operations, talent management, marketing, research, as well as global expansion. Hence, it would not be justified to segregate successful companies based on their geography alone.

Nevertheless, there is no doubt that multi-national companies from emerging markets have started making inroads into new territories and are seeing higher growth over their traditional counterparts. This may be attributed to the advantages that these enterprises have with respect to low-cost manufacturing, availability of talented local personnel, as well as cost-effective research capability. Having large consumer bases, emerging markets also serve as an attractive market for the home-grown multinationals.

China is far ahead of other EMs with 28 companies on the BCG list compared to, for example, just 16 companies from India. Why do the Chinese have such a spectacular competitive edge over their vis-à-vis? Do Indian corporate leaders have enough potential to expand abroad as rapidly?

Chinese companies, with their improved and low-cost technology, have an edge over their counterparts from EMs and Western countries. Be it the aviation sector, telecommunications, or the industrial goods sector, Chinese firms have gained expertise across a wide spectrum of sectors.

India is catching up to China – in fact, in terms of growth, we are already ahead of China now. Indian companies have a sizable share in the global pharmaceuticals market. Even IT companies have engaged in key strategic deals and partnerships and are fast expanding abroad. So, these are signs that India is not lagging far behind.

Right, it is almost a byword that India has been trying hard to catch up and take over China for leadership in Asia and beyond. So, what’s your view of Indian Prime Minister Narendra Modi's economic policy?

It is no doubt positive, and a lot of progress has been made. Look, having grown at 7.6% in 2015 and 2016, India is today one of the fastest growing large economies in the world. Moreover, there are expectations of even higher growth going ahead, despite the global headwinds.

India is today ranked amongst the most attractive destinations for foreign investors. In addition to the inherent advantages of demography and a large consumer market, there is continued focus on policy reforms and initiatives to enhance the ease of doing business. For example, FDI rules have been relaxed for a large number of sectors, including defense, railways, food retail, insurance, etc. In fact, the net foreign direct investments received in financial years 2015 and 2016 have been over fifty percent higher than that received in financial year 2014. With the most recent changes in the FDI policy framework, India stands out as the most open economy in the world.

The Indian government is quite open to new ideas and suggestions that can help transform the economy into a modern, progressive, and developed one. Clearly, there is a long way to go, and further reforms are required, like in labor, as well as lland-related laws and policies. Steps have been initiated in this direction, and I am confident that these shall materialize in the near future.

Saddling up the Trend

Where is Apollo Tyres on the BCG’s trend? How have you been doing at your home market and abroad over the time period?

At Apollo Tyres, we consider both India and Europe as home markets, since we have manufacturing facilities in both continents. We have continued to grow and gain market share in both markets. Even as we speak, we are investing in further growth in India, where we are doubling the capacity of our largest plant, and in Hungary, where we are putting up a new facility of global scale.

What does the Brexit mean for the economy of Europe? Are your plans of further boosting production in the EU affected in any way?

It's still too early to understand the dimensions and scale of Brexit on the European economy. There is no change to our investment plans in Hungary.

How is your African business doing?

Over the last decade or so, Africa has been referred to as a rising economic power, but now it looks to be losing steam. Africa continues to hold huge potential across industries. We have seen initiatives being taken by various governments that seek to unlock this potential and offer their citizens better development and growth. Apollo continues to seek appropriate opportunities in the relevant markets, and we invest in our markets as the need arises.

BRICS is still perceived more as a political club, and much less as a grouping promoting mutual economic agenda. What is your sentiment on the BRICS as an economic entity and what economic avenues deserve to be explored first?

The combined GDP of the five countries in terms of purchasing power parity is $30.8 trillion, while G-7 combined GDP is $35.6 trillion in 2015. In fact, BRICS contribution to the global economic growth over the last decade was nearly 45%. So, clearly, BRICS is a reckoning force in the global system. Moreover, it represents five large economies spread across the continents of Asia, Africa, Eurasia and South America.

Then, all BRICS nation share a common sentiment of promoting a mutual economic agenda. The core theme for BRICS in 2016 – Building Responsive, Inclusive & Collective Solutions – clearly highlights this desire to strengthen economic engagement.

The most important development under BRICS has been the creation of the New Development Bank (NDB), which aims to serve as a source of finance for developing and emerging economies to meet their developmental needs.

There is a huge agenda before the BRICS, which has been laid out in the form of the Strategy for BRICS Economic Partnership. The priority areas identified for co-operation in this regard include trade and investment, manufacturing, energy, agriculture, science & technology, innovation, ICT, finance, as well as physical, institutional, and people connectivity. So, clearly, we are going ahead in building our strategic partnership in a well defined manner. 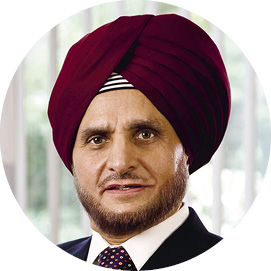