The transition to a new technological order, including the widespread use of robots, is the harbinger of a massive upheaval in every aspect of human life in the next few decades. Russia has every opportunity to become one of the leaders in the world of ‘Industry 4.0’, if the country manages to preserve and enhance creative human capital.

Cognitive computing, artificial intelligence, Big Data, the Internet of Things – the abundance and diversity of technologies, which many believe will form the basis of a new technological order in line with the increasingly popular concept of the ‘Industrial Revolution 4.0’, boggles the imagination. But for all the importance and enormous potential of these innovations, the impact of individual technologies on the state of labor relations and social order is likely to be particularly prominent. In this sense, the issues related to the rapid development of robotics deserve special attention. Today, we already see how these technologies are being widely used in agriculture and manufacturing, especially in such areas as the automotive industry and the creation of all sorts of air systems, where industrial robots are showing growth.

On the one hand, such progress has been made possible by the onset of relatively inexpensive but compact and energy-efficient computers. On the other hand, the development of various branches of mathematics made it easier to find a number of new approaches, even those that were not fully explainable by science but gave good results in specific applications. It is particularly relevant for deep neural networks used for pattern recognition tasks.

This situation is uniquely beneficial to Russia. First of all, the essence of today’s changes comes down to the development of new and effective productive forces that we can play a part in development. Secondly, changes in the current flow are of particular importance, and perhaps the most significant role is played by software. Software, mathematics, intelligent algorithms, and related fields are an area where Russian specialists have always been at the very forefront. To this day, the situation has not changed

The scale of this phenomenon can be surmised by the number of brand names owned by the world’s largest corporations involved in the development of industrial robots and ‘smart’ automated systems. It is most evident in the automotive industry, where the development of driverless vehicles today is not only the domain of ‘traditional’ leading car manufacturers, but also companies such as Google and Tesla, which promise to begin mass production of self-driving cars as early as 2020 to 2025. Not to be outdone, Samsung, the Korean electronics giant and one of the world’s leading manufacturers of smartphones, bought a stake in Chinese electric cars manufacturer BYD.

Without any exaggeration, the promising markets that these companies are entering are enormous. For example, the market for cars equipped with new ‘smart’ driverless systems is estimated to be worth at least $1.5 million to $2 trillion, and the market for their components and parts is valued at hundreds of millions of dollars a year.

Consequently, in view of such a large-scale involvement of resources and engineering staff, and taking into account the ‘carrot’ in the form of huge markets, these goals will surely be achieved on schedule. When this happens, the consequences for the entire world may be unprecedented.

One of them will be the emergence of automated and much more efficient systems that are capable of carrying out simple tasks, which today are performed by people. In practical terms, this would mean the virtual disappearance of hundreds of millions of jobs worldwide. Society will face a number of ethical and legal problems associated with the emergence of efficient production and the dwindling of demand for primitive labor.

This process is already gaining momentum. For example, such companies as Nike or Adidas are now actively relocating their production capacities from Southeast Asia to abandoned factories in Germany. Accordingly, hundreds of thousands of workers who were previously employed in these industries in China, Vietnam, Indonesia, and other countries in the region, are out of work. Today, you can easily find pictures of Chinese factories with netting stretched between buildings to prevent suicide attempts among the workers – one of the sad consequences of robot-fuelled production. And these are only the very first harbingers of this conflict, which is just gaining momentum.

In Marxist terms – a theory that has been historically close to Russia – we are coming upon a situation in which labor merges with capital, and the conflict that has been the economic engine of development for social forces in the 20th century is disappearing. Thus, there is a completely new story that is quite capable of bringing about some changes in the existing forms of government. Moreover, unlike in the past, these changes could be unprecedentedly comprehensive and may take place in many areas. Plus, since there are a lot of people involved in the various production areas, it will be an acute social process.

The flip side, and another consequence of the same process, will be a rapid increase in the number of wealthy people and states paying a set income. Switzerland could have ‘officially’ become the first country on this list; in June, the vast majority of its citizens not rejected the referendum proposal, which would have given 2,500 Swiss francs to each of its residents every month. No matter how eccentric the results of the plebiscite look in the eyes of the rest of the world, this time, the Swiss made it clear they do had not want to turn into a society of dependents, preferring, as they have always done, to earn a living through work. But the process has started and is likely irreversible. So, in the future, we are likely to see an even greater stratification between the rich, technologically advanced states and poor countries, if they prove unable to jump on the last carriage of the new technological train that is now gathering pace.

Paradoxically, this situation is uniquely beneficial to Russia, and there are several important factors that allow us to make such a statement.

First of all, the essence of today’s changes comes down to the development of new and effective productive forces that we can play a part in development: We can enter global competition, possibly, when there is a pivotal turning point (and it would be a lot easier than trying to catch up to the current technological paradigm).

Secondly, changes in the current flow are of particular importance, and perhaps the most significant role is played by software. Software, mathematics, intelligent algorithms, and related fields are an area where Russian specialists have always been at the very forefront. To this day, the situation has not changed: Russia is surely among the world’s top five countries in software development and in mathematics.

As surprising as it may sound, Russia remains well-positioned in selected areas of microelectronics, another critical area for ‘Industry 4.0’. Here, too, the circumstances are on our side. For instance, one of the features of the current turning point was when photolithographic semiconductor manufacturing technology reached its limits. This means that the main competition in the future will, most likely, unfold precisely in the area of developing the architecture for such devices and their adaptation to specialized tasks. These are the very areas where high-quality intellectual engineering is of the essence, or, broadly speaking, the level of engineering that can continuously produce and reproduce critical technologies that shape the economy.

Here, our country’s position is also strong: The Russian school of engineering is not only alive, but continues to develop; from the standpoint of our potential, we have enough talented young men and women who are capable and, most importantly, willing, to grow their careers in this field without leaving the country.

The abundance of intellectual resources and the ability to consistently reproduce them is one of the most important advantages Russia has under the conditions of the new technological order. But, equally important is the availability and accessibility of natural and mineral resources – land, raw materials, and fresh water – which are becoming a key source of development and which Russia also has in abundance.

Finally, to some extent, we are free from the potential problems associated with a large population, in contrast to the countries of Southeast Asia, where the current technological shift, which will be followed by massive layoffs of unskilled labor, is likely to be very dramatic.

The law of inertia

As early as in the next 20-30 years, Russia has every chance to take on a role as one of the world’s leaders in technology. But, the understanding of this position will be different than it is today. Probably, at that point in time, the process will not have completed, but its manifestations and consequences will already be felt. For instance, the ‘world of the future’ will have drastically different commodity flows. This is because the landscape of added value creation (and therefore consumption) will be completely transformed. After all, in the future, most of the world’s population will consist of people living on a set, government-provided income, and the main areas of the ‘human’ economy will be engineering, science, arts, and sports.

It is obvious that in such conditions, the country will be all the more successful, the larger its share of population involved in solving creative problems. Despite the fact that Russia does have a good chance to become a leader in the future economy, it will have to exert maximum efforts. The race for leadership in the new technological order will fuel the need for major changes in the education system, and the development of the family – those notorious investments in human capital in the broadest sense of the word. These processes are, by definition, more inert than technological development itself. A human being takes 20 years to reach maturity, and it is impossible to accelerate this process. Putting off these investments for later is not an option either. 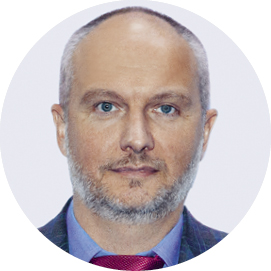