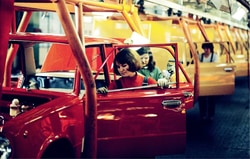 The second decade of the 21st century is marked by the globalization of the automotive industry. The latest trends have not sidestepped the Russian market either; automotive production plants that manufacture foreign car models have opened here, while the largest domestic automobile manufacturer, AvtoVAZ, has joined the Renault-Nissan Alliance.

Fifty years ago, collaboration with a foreign company had already led to the establishment of the automotive plant in the city of Togliatti. Back in the early 1960s, the Soviet Union saw a need to build a new automobile-making factory that could put an end to the huge deficit in the auto market and meet the needs of Soviet citizens looking to own a private car. One of the main candidates for the role of strategic partner was the automaker Fiat, which had repeatedly appealed to Soviet leadership with proposals of cooperation. However, before making a decision about the future licensed car, domestic experts conducted comparative tests of different automotive brands: Renault, Peugeot, Skoda, and Ford. Some, like the front-wheel drive Renault 16, were considered to be more modern from a design standpoint, so the discussions were very heated. But Fiat’s offer was more financially advantageous, and what’s more, the technology was more suitable for large-scale car production. The political component played its role, too: There was a strong communist party in Italy. So, on 15 August 1966, the head of Fiat, Gianni Agnelli, signed a contract with the USSR’s Minister of the Automotive Industry, Alexander Tarasov. 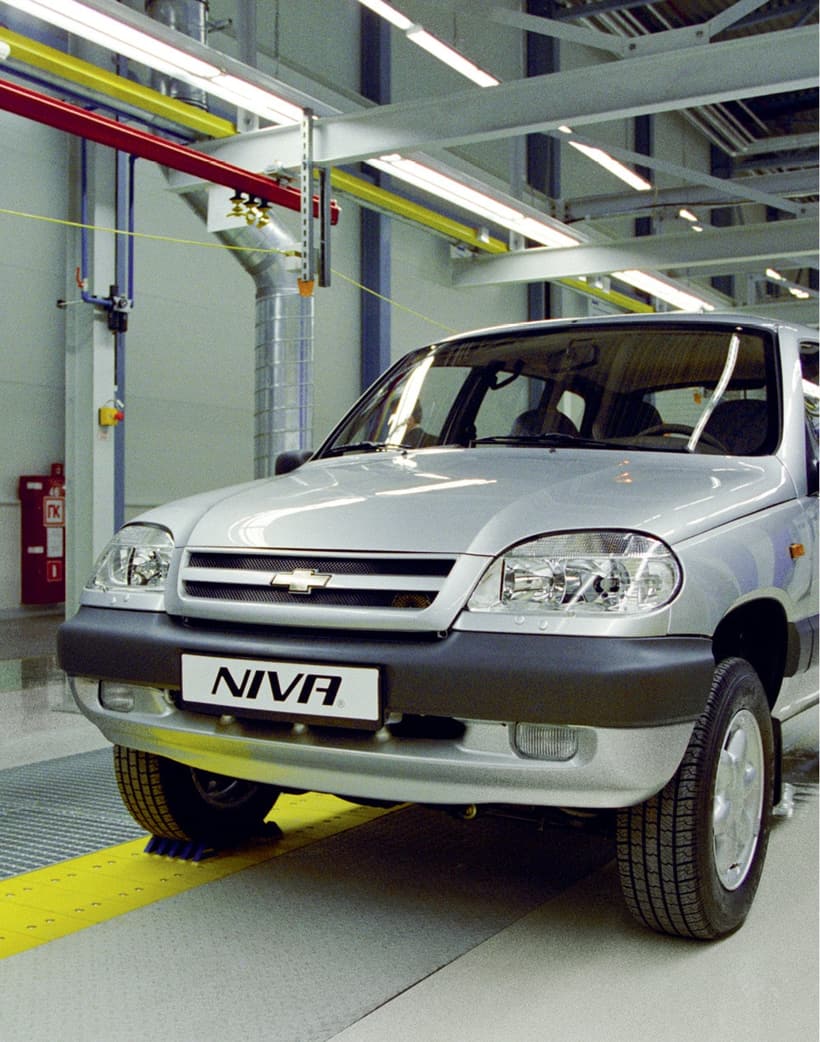 Much has been forgotten in 50 years, so today, most people believe the first VAZ-2101 was an almost identical copy of model 124, which is patently false. After tests on the Soviet Union’s driving conditions, the Fiat had undergone considerable changes. The final version featured over 800 changes, the most important of which were the higher ground clearance, reinforced body and suspension, hardier rear brakes, and new engine with a more modern overhead camshaft design.

The collaboration with Fiat lasted until the late 1970s, when the VAZ-2121 rolled off the manufacturing line. The Niva became VAZ’s first original design and, arguably, the world’s first crossover.

The legacy of Ferdinand Porsche

But it was impossible to rest on the 1960s Italian laurels. By the end of the next decade, the ‘Sixer’, which had previously sold well abroad, was outmoded and obsolete. By that time, AvtoVAZ had already started its cooperation with Porsche. A three-year contract worth 500,000 Deutsche Marks per year was signed with the German automaker. That period saw the design and production of a version of Niva with mounted aluminum parts, an engine that ran on lean air-fuel mixture, and the blueprint to modernize both the interior and exterior of the VAZ-2103. Groups of experts from VAZ would undergo training in a factory in Stuttgart for three years, which allowed auto body repairmen, designers, and production workers to gain new knowledge and skills. The cooperation was so close that a chartered bus would take specialists from Togliatti to Germany.

Working together benefited both sides, and in 1980, the deal was extended. The new contract was only for development of VAZ-2108 – a three-door hatchback with a 1.3-liter engine – although AvtoVAZ was also working on a five-door body and on other engines at the time. In the summer of the same year, AvtoVAZ managed to sign a foreign contract with UTS, a Fiat subsidiary. The main problem facing the trio of developers was no surprise to anyone in the Soviet Union: the catastrophic road conditions, which led Western prototypes to fail one road test after another. Even European durability routes were not suitable for testing the new Samara, and the main burden fell on VAZ’s own routes and tracks. However, the tests were also carried out in Algeria, Turkmenistan, and Tajikistan. As a result, the first batch of 2,000 VAZ-2108 freight cars was released by the end of 1984. There was only one component part left in the ‘Eighter’ from the classic model, but all the others were created from the ground up. Many designs were purchased in Europe. For example, VAZ specialists signed an agreement with Volkswagen for the rear axle.

A ‘thaw’ began in the 21st century, when in 2001, the automaker managed to sign an agreement with General Motors on the creation of GM-AvtoVAZ. The new enterprise concentrated all its efforts on the development of the conveyor assembly of Chevrolet Niva, an updated version of the legendary Niva. The degree of localization of the car remained within 90%

Yet that was not the end of the partnership with Porsche. It was extended for another two cycles and would last a total of 20 years. During the last stages, the Germans helped with the work on the 16-valve 1.5-liter engine and the future ‘Tener’, as well as on a number of engines for Oka.

The growing pains of sovereignty

After the collapse of the Soviet Union, AvtoVAZ fell on hard times. Model 2110, which was developed back in 1989, entered into production only in 1995, and no new products were in the pipeline for years. Strategic cooperation with foreign companies also became a thing of the past. A ‘thaw’ began in the 21st century, when in 2001, the automaker managed to sign an agreement with General Motors on the creation of GM-AvtoVAZ. The new enterprise concentrated all its efforts on the development of the conveyor assembly of Chevrolet Niva, an updated version of the legendary Niva. The degree of localization of the car remained within 90%. In 2004-2008 the enterprise also produced Chevrolet Viva, a localized version of the Opel Astra. In 2001, AvtoVAZ also launched the manufacturing of the classic ‘Sevener’ in Egypt at the Lada Egypt plant. Automobiles were manufactured there until 2013, and last year, talks were held to resume production, but this time of Lada Granta. 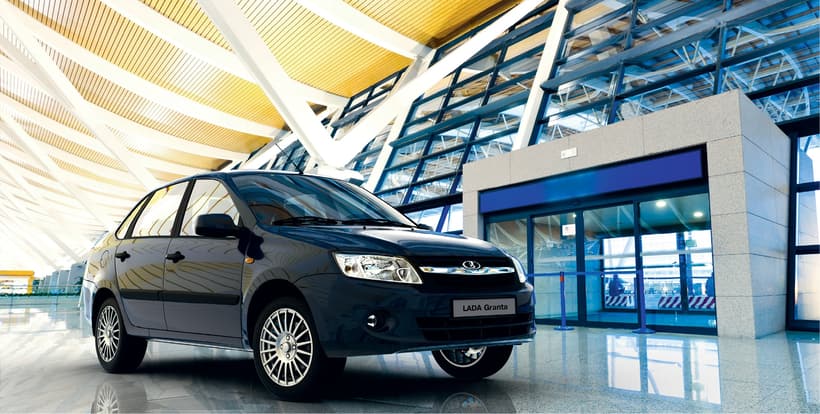 The joint venture with Renault-Nissan

In 2008, AvtoVAZ and the Renault-Nissan Alliance signed a strategic partnership agreement. At the time, the alliance acquired a blocking minority ownership for $1 billion – the French-Japanese alliance became the owner of 25% plus one share of AvtoVAZ. By that time, the Togliatti car maker had already launched Lada Priora and Lada Kalina, which were well received by consumers. Later, in 2010, in cooperation with the alliance, the Kalina platform was used to create Lada Granta, which, to this day, remains the most popular car in the country. It was then that Renault-Nissan brought their B0 platform to Russia and sold a license to AvtoVAZ. The Togliatti automobile maker used the Logan as a foundation and introduced Lada Largus, which also gained great popularity because of how spacious it was. The same B0 platform was used in Togliatti to manufacture Nissan Almera, Renault Logan, as well as Renault Sandero, and, most recently, the XRAY crossover.

In 2014, the Renault-Nissan Alliance completed the transaction that gave it control of AvtoVAZ. In the same year, Russia hosted the revival of the legendary Datsun, which, as a sub-brand of Nissan, has become a competitor of the ultra-popular Kalina and Granta. At the same time, it was decided that both Datsun models would be manufactured at the Togliatti plant, and the choice was made in favor of the Russian platform. The on-DO is based on Granta, while the hatchback mi-DO is based on Kalina. Moreover, future plans include a release of a Datsun redi-Go crossover, which will inherit the Lada Kalina Cross platform.

The Togliatti car maker also developed a brand new platform called Lada B – which Lada Vesta is based on – in collaboration with its foreign colleagues. The new car was aggressively marketed to consumers, and six months after sales began, it became the fourth most popular car on the Russian market.