The Bashkirian Power Grid Company (BPGC) is trending worldwide. Last year, it launched one of the first projects in Russia building smart grids in Ufa, which is currently running successfully. Going forward, it plans to replicate this technology in other regions of the country and beyond. Dmitri Sharovatov, BPGC CEO, talks about these plans and their expected economic effect in an interview with BRICS Business Magazine.

The ‘Third Industrial Revolution’ concept proposed by Jeremy Rifkin, a futurologist, is gaining traction around the world. One of its premises is that the global power industry is to reach a new qualitative level in the next 20-30 years. This includes distributed generation capacity and smart grids. Do you consider this trend valid for developing countries and for Russia?

Indeed, in developed countries such as Germany, for instance, whose government Rifkin has been known to consult, this trend is obvious. New power systems based on alternative energy sources, such as the sun and the wind, and smart grid technologies are quickly gaining ground. As far as I am aware, similar programs and technological advances have been launched in China. In Russia, they are not as evident yet. However, our country faces the same prospects – sooner or later, we will move in the same direction. What I find difficult to say for sure is when: whether it will happen in the next 20-30 years or in a longer time frame.

In this respect, BPGC is blazing the trail. You cite the development of smart grids as one of your top priorities. What is the essence of the technology that your company is developing, and why did you decide to take it upon yourself in the first place?

The essence of our technology is to ensure remote monitoring and control of distribution grid operations. To a certain extent, we were able to delve into this area thanks to technological innovations that have taken shape in the world in the last 15-20 years. Because of them, the possibility of building such systems has become real and economically feasible. For instance, late last century, there were no information technologies, nor did we have cheap and affordable microprocessor hardware. Today, they are here. So now, we have a chance to monitor and control the grid’s current state in real time.

How vital is the research component in this work?

The research component is required to the extent that the power grid infrastructure in Russia and the CIS counties is different from that of other countries. Naturally, there are differences of this sort.

What are we talking about?

In part, we are talking about significant physical hardware wear and tear, which makes the grids in Russia lag behind their Western European equivalents. Another significant problem faced by Russian power grid companies is a high level of losses, most of which are concentrated in big cities. By extension, we take all of these factors into account when we develop our Smart Grid program to upgrade the power grid complex in Ufa using our in-house resources in cooperation with Siemens from Germany and Israel Electric Corporation from Israel. In the initial stage, we analyzed the city’s power grid infrastructure and identified certain systemic problems in their grid assets, which are topical for any grids in large Russian cities. Basically, the Smart Grid concept developed by BPGC, based on this analysis, is designed to address these systemic problems.

The experiment to build smart grids in Ufa was launched in January 2015 and slated to run for five years. How far along are you is this program? In particular, to what extent did you manage to implement the plans you announced to localize foreign partners’ manufacturing of component parts?

We are moving along nicely. In June 2015, a pilot Smart Grid neighborhood went online. We also commissioned a power grid ‘brain center’ – the Ufa power grid management center. In November, we localized the assembly of the smart part of distribution devices based at BPGC Engineering, our subsidiary. But I would like to emphasize that in building the smart grids in Ufa, we still use component parts made in Russia. In the framework of this project, we are implementing an innovative approach to automation that enables us to monitor and control the entire grid, which requires refurbishing no more than 25% of the hardware. The project is running on schedule. It should be completed by 2019 as was initially planned.

What effect do you expect to see after the smart grids are deployed?

Implementing the Smart Grid project in Bashkiria will raise the region’s power supply system to a whole new qualitative level without having to increase the charges. We are hoping to reduce power losses in Ufa by a factor of two. The first practical results obtained in the city’s pilot neighborhood confirm our calculations. In money terms, this would translate to 400 million rubles in savings annually.

To what extent can this experience be replicated? What are the chances of deploying this technology outside of Bashkiria and disseminating it across Russia or perhaps in neighboring countries?

Our experience in Ufa is absolutely universal, and we can replicate it in any large or medium-sized cities in Russia and the CIS countries. In other words, it can be used in any territories where the power grid infrastructure properties are the same as ours. I am referring to the so-called Soviet legacy. The prospects of replicating and exporting this technology are very good indeed. What is more, I believe that this project needs to be replicated – it would be the right thing to do.

What would it require?

First of all, the requisite competences and resources. For instance, the aforementioned company – BPGC Engineering – has unique expertise in implementing smart grids and is ready to share it. We should bear in mind that one needs to develop a specific mechanism to incentivize investments into infrastructure development. It may be predicated on concession-based relations. Most importantly, it needs to be operational.

How long would it take to build a smart grid and what would it cost?

A Smart Grid takes many years to build. In a large city, it can be done in five years. The required level of investments would be around four million rubles per 1,000 inhabitants or three million rubles per one notional unit of equipment in the project perimeter.

These are, of course, tangible investments. But not everything here should be measured in money. One should bear in mind that this technology creates an enabling environment to upgrade Russia’s industry because it improves the quality and reliability of power supply. Apart from that, it would promote greater demand for smart equipment and by extension, drive the localization of its manufacturing in Russia.

Do Russian smart grid technologies stand a chance of becoming a standard in markets that are less traditional for us? Let us take our partners in the Eurasian space, such as China, for instance. What would it take?

The technology itself could hardly be copied for the Eurasian countries because it is specifically precision-targeted for Russian or former Soviet power equipment. Nevertheless, the principles and approaches employed in our Smart Grid concept could be used and our business partner, the German concern, Siemens, which helped to successfully upgrade power grids in Mumbai, India, has proved it in practice. Going forward anything is possible. 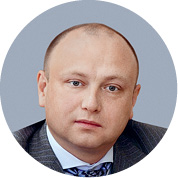