The Key to BRICS is Trade 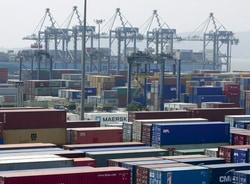 The entire potential vested in the very notion of BRICS can only be fully realized through trade. Tomas Krieger, Head of Commerzbank in Latin America, and Alexander Rost, Head of Commerzbank’s business in the Indian subcontinent and in ASEAN countries, are convinced this is the case. In their interview with BRICS Business Magazine, they talk about cooperation opportunities for the bloc’s countries from the perspective of two members: Brazil and India.

Brazil and India: Trade Is Key to Unlocking the Potential of the BRICS

Fifteen years after Goldman Sachs coined the famous BRICS acronym to identify the world’s key emerging economies, the fortunes of Brazil and India now seem a world apart. Yet Commerzbank’s Thomas Krieger, Regional Head for Latin America, and Alexander Rost, Regional Head for Indian Subcontinent and ASEAN, show that when it comes to trade, these countries face similar tasks ahead and that the route to securing economic prospects for both these nations lies in the diversification of their export trade.

What is the current economic outlook for these two BRICS nations?

Thomas Krieger: Without a doubt, Brazil’s economy is no longer at peak health. Overshadowed by corruption scandals, the country is faced with political instability and reduced investment flows. The country has also been hit hard by low oil prices; the state-owned energy company, Petrobras, is struggling under $105 billion in debt. In fact, with the government having recorded a fiscal deficit of 10 percent of GDP last year, Brazil is set to suffer a decline of 3.5 percent in its GDP growth in 2016, according to the International Monetary Fund (IMF), which also foresees no growth for 2017. Already in its second year of recession, this marks the worst recession for the country in a century.

Alexander Rost: On the surface at least, India seems more positive. It boasts stable stock markets and strong growth rates of around seven percent. Indeed, the IMF has suggested India could grow at a rate of 7.5 percent over 2016. Having outpaced China last year, it could become the fastest-growing economy in the world over the next three years. India is also comparatively unexposed to China’s slowing economy, meaning the impact of slowing Chinese growth and demand has been less stark than elsewhere. Meanwhile, in contrast to Brazil, low oil prices have supported the oil-importing country’s growth. Nevertheless, India has its own challenges ahead: Not only must it reduce bureaucratic hurdles to foreign investment, but it must also build a stronger manufacturing base to support its international exports.

What can be done to secure the economic prospects of India and Brazil for the future?

AR: The solution for both countries lies in developing greater and more diversified export trade. India’s economy depends, to a great extent, on its international commerce – nearly a quarter of its GDP is reliant on exports – yet the composition of its exports to Germany, for instance, have remained essentially the same for the past 10 years (focusing on garments and organic chemicals). If it is to mitigate the threat of unstable global demand and secure its long-term export earnings, India must look toward export diversification.

TK: Brazil also needs to build a broader industrial base. Its overdependence on exports of volatile raw commodities, such as ores, oil, and foodstuffs, has certainly highlighted its need to make the jump toward higher-value manufactured exports. Indeed, it could be argued that when growth rates were more encouraging – reaching 7.5 percent in 2010, for instance – the country did not do enough to spur the development of diversified, value-added export sectors. If it can make progress in this regard, it will be better positioned to bring its growth rates back into the black.

So where can India and Brazil look to boost their trade?

TK: A major avenue both of these countries can take is to develop trade with their neighbors. Brazil, for its part, could increase its trade with the other Latin American countries, and try to revive the potential of Mercosur – the regional trade bloc that never really took off. It could also capitalize on its developmental head-start on nearby nations, such as Peru, Colombia, and Bolivia, which can give it a crucial edge when it comes to producing and exporting higher-value exports. For example, Brazil could build on the considerable automotive industry that it has attracted over the years.

AR: India is in a similar position. It is well-placed to export manufactured goods to the developing economies of Southeast Asia, such as Bangladesh and Vietnam – promising markets which, despite their proximity, remain relatively untapped by Indian trading companies. Significant potential lies in exporting high-tech or pharmaceutical goods, for instance. Of course, this will mean competing for trade with the established regional players, China and Japan. Thus, Prime Minister Modi’s public drive to promote India as a manufacturing and export hub – including the ‘Make in India’ campaign – will be crucial to establishing a foothold in these key markets.

What will help these two countries as they develop their trade?

AR: Key to facilitating this trade will be local and international banks. On the one hand, local banks are crucial to navigating new and unfamiliar environments on the ground for foreign trading partners. For instance, they can channel financing to the trading companies that will form the backbone of India’s economy. On the other hand, global institutions will be essential to absorbing risks for foreign partners, establishing the cross-border connections that internationalizing companies need for trade, and covering the supply of machinery and capital goods from Europe that India requires to build its industrial foundations.

TK: Another vital asset to these countries will be lasting international trading partnerships. For example, we have seen bilateral trade between India and Germany increase solidly over the past decade, no doubt boosted by Modi’s visit to the 2015 Hanover Trade Fair, as well as Angela Merkel’s visit to India last year. Meanwhile – despite its current challenges – as the eighth largest economy in the world, Brazil will doubtless remain tremendously significant to the global economy. That is why we take a long-term perspective on the country. With some 1,400 German industrial companies working in the nation, for instance, Brazil will still be a market with significant potential for German trade.

Does the BRICS group itself offer potential for this trading focus?

TK: Above all, we must recognize that the BRICS group as a concept is not a trading model. Certainly, we have seen that the idea of the BRICS as a group of large, fast-growing, and important economies has helped fuel loose political collaboration within multilateral organizations, such as the G20. Indeed, these powers could use their considerable influence to provide a voice for other developing countries. However, despite efforts to form a co-operative framework, such as the launch of the Asian Infrastructure Investment Bank (AIIB), there has been a lack of tangible achievement when it comes to integration through trade.

AR: Absolutely. The BRICS concept was useful in identifying these key emerging global powers, yet I cannot see the BRICS countries themselves forming an effective, cohesive economic unit like the EU, or a collection of trading partners under an agreement like NAFTA.

So why have the BRICS as a group not taken the opportunity to integrate further through trade?

TK: Together, India and Brazil provide insights into the reasons for this lack of trading integration among the BRICS. Not only are these two countries too geographically far apart for much bilateral trade, but their import and export profiles do not ‘match’ in terms of supply and demand. That is, the goods they each require and produce are too similar. Both countries lack a broad industrial base, and instead, rely on the production of less sophisticated goods for sale in emerging markets. Only in some areas of exports can they compete on a global level – whether that is India with its exports in the IT sector, or Brazil with its regional aircraft (its stand-out success story being Embraer).

AR: And this lack of trading integration among the BRICS group is reflected in the statistics. Looking at the list of India’s top trade partners, China is number one, South Africa lies way down at number 22, and Russia and Brazil do not even feature. As they compete with China for trade with key emerging markets, the other BRICS must each plot their own individual course. Clearly, for Brazil and India, the need to develop and diversify their own trade is a must for long-term economic security. 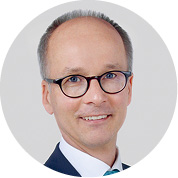 Head of Commerzbank in Latin America 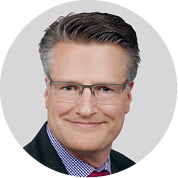