Are You Happy? Smile! 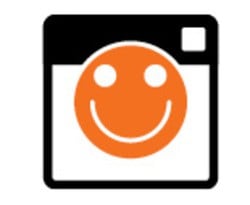 Where do the planet’s happiest people live? To find out, perhaps one could start by counting smiles from around the world. Jetpac City Guides has done exactly that, to create its own world happiness ranking – and it says the number of smiling citizens has nothing to do with the amount of money in their pockets.

While mankind continues to argue over the endless question of whether or not happiness is predicated on money – and, if it is, on what specific amount – Jetpac City Guides, a provider of online tourism and travel apps, has attempted to find out for itself where on this planet people feel the happiest.

In tackling this task the company did not resort to traditional polls but rather chose to analyze more than 150 million Instagram photos from around the world. First, using specialized software, they located smiling people in the photos. Next they determined how broadly they were smiling to ultimately assign the country of origin a point score. A minor smirk, for example, was worth less than a radiant, full-breadth smile. 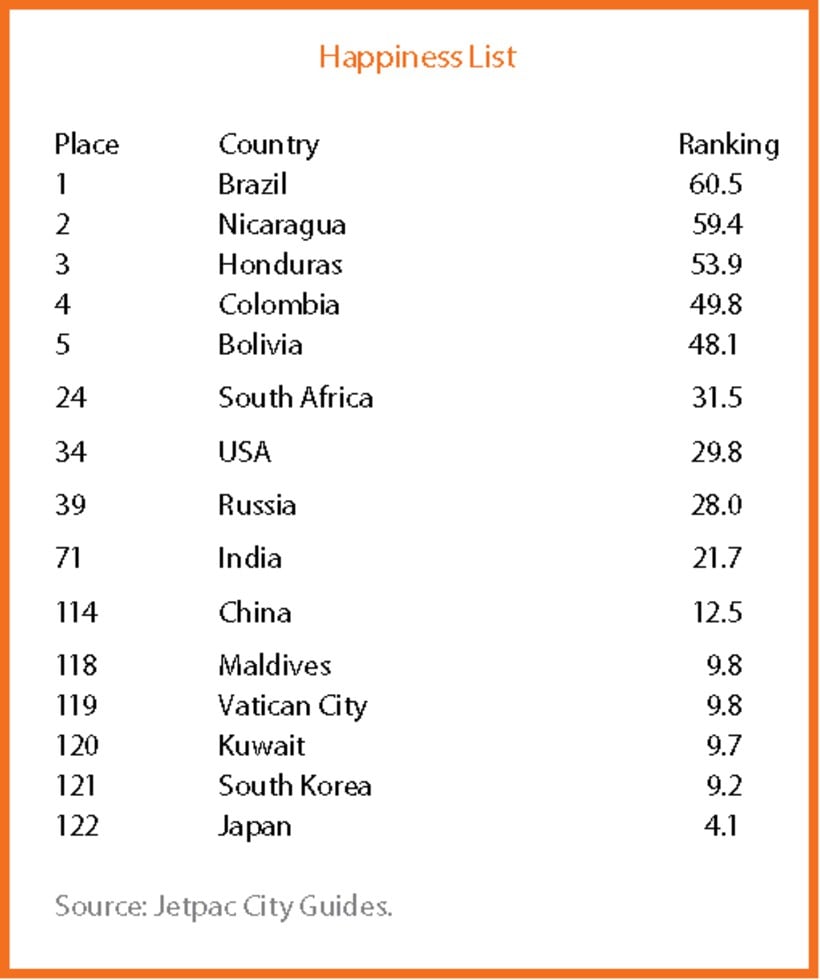 These efforts culminated in a world happiness ranking that was published by Jetpac to coincide with the United Nations International Day of Happiness on 20 March. Surprisingly, out of 122 countries on the list, the top billings were firmly taken by countries that one could not really call the richest. For example, the happiness score for Brazil, the highest on the index, was twice as high as that of the world’s largest and most affluent economy: the United States managed only 34th place. At the bottom of the list, Japan turned out to be the world’s unhappiest country.

One might say that the absence of Bhutan in Jetpac’s ranking makes it somewhat less representative. After all, this is the country that since the early 1970s has prioritized the growth of GNH – Gross National Happiness – rather than GDP. So it may well be that this Himalayan kingdom is one of the happiest countries on the planet, even though it is also one of the poorest.

But times are changing. Bhutan’s new prime minister, 48-year-old Tshering Tobgay, has already made it clear that even though he does not believe “economic growth to be the only and ultimate development goal” for his country, GNH should not distract the government and society from addressing more topical issues. These include a weak national currency, chronic unemployment, stagnating poverty, and growing corruption.

It appears that the subjects of even the happiest kingdom may eventually have to roll up their sleeves and get down to work.