It’s Time for Action, Not Distraction 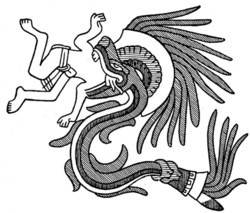 As currencies and stock markets have tumbled in emerging markets this year, the business media has been dominated by cries of an ‘Emerging-Markets Crisis.’ In this case, however, corporate executives would do well to turn off the television.

While it is true that multinational companies (MNCs) have their work cut out, they should take a second look at their 2014 plans, and this requires separating the signal from the noise to focus on the most important management challenges

For those of us who work on the ground in emerging markets, or who follow them closely, few of the headlines were all that startling. Yes, there are real reasons for MNCs to be concerned about political instability in Turkey, Ukraine and Venezuela, and economic policies in Argentina and China – all of which have occupied the front pages recently. But these risks were known months ago.

Last fall, for example, it was clear Ukraine, Turkey and Argentina were most vulnerable to a liquidity crisis because of their high levels of short-term external debt. For such countries, even moderate changes in investor sentiment cause major currency movements. Unfortunately, the media tends to gloss over key differences in their market fundamentals, especially the ones that matter to companies.

In order to gain a clear view of this ‘crisis,’ let’s clarify what has really been happening in the markets, and what is truly relevant to corporate leaders.

Companies with global ambitions are doubling down on developing markets, not retreating. More than 60% of corporate foreign direct investment went to emerging markets in 2013, despite portfolio ‘hot money’ moving in the opposite direction. Frontier Strategy Group’s MNC sentiment tracking shows that interest in frontier markets has doubled in the past year, indicating likely direct-investment increases in even riskier (and still fast-growing) markets.

The crisis today is one of confidence among money managers, as the tapering of the US Federal Reserve’s quantitative easing program increases the cost of capital. A lower risk appetite has naturally reversed the flow of capital into emerging markets that surged in 2009. The economic fundamentals of most emerging markets have not changed notably, other than in the effects of the currency volatility itself.

The Fed will further reduce stimulus over time, which means that further pullbacks from higher-risk markets are inevitable.

While the media has referenced a general emerging market crisis, we can isolate relatively few countries that showed signs of crisis earlier in the past year.

Argentina: Argentina’s devaluation was the spark that lit currency turmoil in late January. In fact, a post-election devaluation was forecast last May. The peso has further to fall but timing is difficult to predict, so contingency planning is the order of the day.

At times like this, when the media tend to sensationalize risks in emerging markets, it is essential for business executives to keep their eyes on the true drivers of their company’s success and the longer-term timeframe in which they are committed to deliver results. Cooler heads will prevail

Turkey: The political crisis surrounding Prime Minister Erdoğan made the country a target for currency traders. It is likely that instability and currency depreciation will continue despite Turkey’s recent aggressive interest rate hike, contributing to softened demand in the first half of 2014. That said, 2014 disruptions are unlikely to diminish medium-term growth, presenting an opportunity to ‘buy low.’

Ukraine: Ukraine’s mass protests, followed by a stand-off with Russia over Crimea, have destabilized the Ukrainian market since November 2013. However, the basis for ongoing business disruptions was visible more than a year ago, prompting our analysts to forecast a devalued hryvnia, liquidity crunches, and delayed public investment well before the protests themselves reached their revolutionary potential.

China: Slower growth is not a crisis, even though many financial analysts cite it as a reason for the market churn felt at the end of January 2014. Slower growth is in fact evidence of a transition from an overextended investment-led economic model to a sustainable consumer-led one. The excessive bad debt in China’s shadow banking system, however, could lead to a real crisis, and has to be considered one of the top risks to business in emerging markets in 2014.

Currently the markets that are most troubled do not have tightly linked financial markets. Trade links generally connect emerging economies more tightly with developed markets than with each other (with China as a notable exception). With this in mind, corporate planners should be less concerned about an emerging market contagion, and more concerned about downward pressure on emerging-markets growth resulting from linkages with the stagnant Eurozone, where industrial production only reached 89% of pre-crisis capacity as of October 2013 and is trending downward.

Managing currency volatility should be a top priority for MNC leaders in 2014.

The most serious risk is not of contagion collapsing currencies across emerging markets, but rather of repeat bouts of currency volatility driven by fund-manager portfolio reallocation and herd mentality. This can have deeply disruptive effects. Currency volatility is one of the top causes of 2014 plans going awry.

MNCs should take action now to mitigate the impact of currency volatility on 2014 performance.

Currency volatility may wreak havoc on internal operations and among business partners, but its effects can be mitigated. A multifunctional approach to contingency planning ensures that all key domains – from sales to supply chain, from talent to finance – are prepared for the next bout of turbulence. The question for emerging-market leaders is how to manage volatility, not how to avoid it:

- Formulate contingency plans for profit repatriation: Emerging-market operations are vulnerable to currency depreciation and capital controls, either of which can make a successful business look like a failure to the corporate center when it can’t repatriate its earnings in hard currency. Given the recent ‘pivot to profitability’ in how emerging-market executives’ targets are set (as opposed to traditional revenue targets), regional general managers’ careers may suffer if they lack a backup plan to get profits home.
- Support local partners: Most MNCs depend on local distributors, suppliers, and other partners who lack the scale or sophistication to manage an extended period of currency volatility. Proactively providing liquidity, attractive repayment terms, and temporary discounts could earn enduring loyalty – and even turn an arms-length relationship into an affordable acquisition opportunity.
- Evaluate product localization: MNCs can consider adopting a localization strategy to mitigate the impact of these possible scenarios by producing and sourcing locally. Factoring in currency impacts to market-share gains and government incentives may change previous cost-benefit assessments of going local.
- Consider investing more aggressively in frontier markets: Smart companies are adjusting their geographic footprint by assessing regional opportunity at the level of provinces (e.g. in ASEAN countries and Latin America), country opportunity at the level of cities (e.g. in Russia and India), and considering previously untapped frontier markets (Peru, Nigeria, Kazakhstan).

The most serious risk is not of contagion collapsing currencies across emerging markets, but rather of repeat bouts of currency volatility driven by fund-manager portfolio reallocation and herd mentality. This can have deeply disruptive effects. Currency volatility is one of the top causes of 2014 plans going awry

Executives in emerging markets must aggressively manage perception and expectations at the corporate center.

When investors get nervous, the board, the CEO and the CFO have to justify their investments in emerging markets that they may not even think about on a regular basis. When that happens, it’s essential that expectations and assumptions are well aligned between the corporate center and leaders in the regions.

At times like this, when the media tend to sensationalize risks in emerging markets, it is essential for business executives to keep their eyes on the true drivers of their company’s success and the longer-term timeframe in which they are committed to deliver results. Cooler heads will prevail.