The Rules of the Language 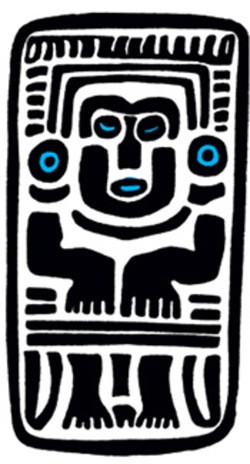 Changes in our language represent a legitimate phenomenon that is directly governed by global processes. As primary and secondary economic roles are divided between countries, some languages automatically become more widespread, while others teeter on the brink of extinction. But neologisms and borrowed words may help keep a language on the linguistic map, explains Maxim Kronhaus, head of the Social Linguistics Centre at the Russian Academy of National Economy and Public Administration, in an interview with BRICS Business Magazine.

What sort of criteria should a language meet to be considered one of the ‘bigger’ ones?

The notion of a ‘big’ vs. ‘small’ language is very conditional, and strictly speaking has no definition. What is important for any language is not just the number of native speakers but its status in all respects. Has it been adopted as the state language by specific countries? Are there many schools with a curriculum taught in this language? Are there any electronic or printed media that are published in it? Have there been literary works written in this language? How widespread is this language on the internet? By and large, to be able to understand the place of a specific language in the world one would need to take various factors into account. Many languages hardly qualify as big but still they could not be called small either. Scholars try to avoid thinking in these terms.

Why is it that some languages grow and expand throughout the world, while other languages are spoken by several thousand people only? Is this process legitimate? Is it uncontrollable?

The number of native speakers of a given language is primarily defined by such factors as their political, economic and cultural activity as well as by such vague notions as commitment to one’s roots, identifying oneself with one’s nation and other similar aspects.

According to various experts, including those from UNESCO, between 50% and 90% of all languages spoken on the planet are likely to disappear by the end of the 21st century. Why might that happen?

This is the natural result of the globalization process, although I am not sure about the percentage points. Transitions from one culture or language to another that is more influential and hence more attractive have always been practiced. Today these processes have become more intense and fast-paced.

What is the danger of the dwindling number of languages, and why is it that linguists are always against this trend?

One should not speak of danger per se. A loss of a language is primarily a cultural loss or a loss of a certain perceptional universe, or to put it in simpler terms – a loss of a specific worldview and perception of the world. A loss of cultural values is not always dangerous, but is always sad. For linguists this also means a loss of the subject of their studies. If we want to talk about ‘Language’ with a capital L, the more diverse languages we have at our disposal, the better we fare. A linguist who describes Language based on the English language only will do a far poorer job than someone who has materials in other languages at their disposal – and there are plenty of linguists of the former kind.

Borrowing as a process helps a language to survive in the face of strong pressure from an alien culture. It is not unlike inoculation against a disease that helps our immune system develop a response

If, however, we were to move this discourse into a general pragmatic dimension we would end up again uttering the word ‘diversity.’ Diversity makes the system more sustainable; diversity begets competition. In other words, it creates an enabling environment for development. Less cultural and linguistic diversity makes us, and the culture as a whole, more primitive and vulnerable.

Does the share of borrowed vocabulary in a language affect the rate at which it becomes extinct?

No – this is a serious misconception. It is quite the opposite. Borrowing as a process helps a language to survive in the face of strong pressure from an alien culture. It is not unlike inoculation against a disease that helps our immune system develop a response.

It is obvious that it is smaller languages that are primarily facing the threat of extinction. What will happen to them? Will they simply end up replaced by bigger languages, or will the native speakers of these languages resort to being bilingual to preserve them?

It happens both ways and is partly predicated on the language policy. However, in the latter case we can be talking about diglossia, in other words a division of social and cultural functions between different languages. One’s native language, for example, can be used exclusively for day-to-day communication, and this is not such a bad option.

How many generations does it take for a big language to completely displace a smaller one?

Generations may come and go but the process of ‘continuous displacement’ may last a very long time and become chronic. It may come across as a paradox but it happens. Young people move on to a more prestigious language but as they grow older they go back to their native tongue, realizing the value of their culture and their roots. Out of all things, language represents the most intelligible and perceptible embodiment of one’s roots.

On many occasions you have mentioned that over the last 30 years the Russian language has mutated considerably. You have even published a book entitled Russian Language on the Verge of a Nervous Breakdown, in which you called upon the reader not to give in to panic on that account. What kinds of changes have taken place in the language? To what extent were these neologisms necessary?

Vocabulary is the best case in point. One notices changes in vocabulary the most, and there are many of them. There are a great deal of new words. We tend to notice less the gradual disappearance of some words or selected meanings. For instance, I am astounded by the fact that people under 25 no longer remember that the term dvushka (‘deuce’) used to refer to a two-kopeck coin. Nowadays, for them it primarily means a two-room flat. The term pyatak (‘fiver’), however, still retains its original meaning.

Changes in speech etiquette – even in a broader sense changes in speech behavior – play an equally important role, even though one tends to notice them less. There are also many other changes, for example those in intonation or one’s attitude towards spelling mistakes and other things.

It is difficult to say whether these changes are necessary, because it is not entirely clear what the term ‘necessary’ means in this context. For example, now there is this hip and trendy word ‘wow.’ Could we do without it? We probably could. However, if we take the transformation process in its entirety and not just selected words, then it is definitely necessary. The world around us and life itself are changing and so are relations between us. Given this backdrop, our language needs to change to stay alive. The Russian language has managed to pull it off.