A View from Inside

The volume of strategic investment in Russia in some recent years has reached $50 billion per year. This is a few times larger than the amount that Russian public companies raise every year via stock exchanges – another reason why it doesn’t make sense to judge the country based only on its capital markets. The real investment potential lies more in private companies.


The opinion of foreign investors about Russia to a large extent depends on which field the investor plays. Portfolio equity investors have a more negative opinion than others, since many Russian listed companies are either in industry sectors that are not growing rapidly or the companies are not being managed to maximize value for all shareholders. Fixed income investors, however, have a more positive outlook on Russia, since the macro­economic situation is favorable and the record of Russian companies paying their debts is relatively good. Strategic investors also have a favorable view because they experience faster growth and higher profit margins in Russia than in most other countries, especially compared to Europe and the Uni­ted States.

In comparison with these other segments, global investors in private equity funds don’t know much about Russia at all, since the industry is very small here, with only about 10 firms operating actively in Russia compared to 600 in India and 1500 in China.

Information about Russia in the global press focuses mainly on political and foreign policy issues, but there is another Russia which receives much less attention. The Russia we show to the investors is the one seen through the eyes of the portfolio companies, and this is completely different from what people see in the international media. It is a country which is growing rapidly, with a lot of young, smart and energetic people, who have a similar outlook to their peers in Western companies, and often even more creative. If you look beyond the media headlines, there are a lot of facts which are more positive than negative. For serious investors, facts, and not just words, shape the investment climate.

As an American, it would seem really strange and inappropriate to me if a Chinese investor in the U.S.A. publicly commented on their opinions about elections or domestic politics in the United States. They are interested only in the investment climate, economic potential, and what return they can achieve on their investments. Foreign investors in all other countries should take the same approach, and we do the same in Russia.

People with concerns about the investment climate in Russia can usually be divided into two groups: those who worked in Russia in the 1990s and continue here today, and those who have come here only recently. Many foreigners (and even some young Russians) don’t see how the country has changed dynamically over time, and don’t remember how it was, looking in the rearview mirror. For me, it is difficult to forget the 1990s in Russia, when there was hyperinflation and the Central Bank’s reserves nearly ran out, when most real money circulated only offshore, when there were massive oligarchic wars, frequent corporate conflicts, and scandalous privatization schemes facilitated by corrupt officials. Our fund experienced firsthand some hostile raider attacks on its portfolio companies.

Coming to Russia in 1994, I saw complete chaos and also a lot of opportunity. Back then, it was impossible to imagine that so many things would change over 15-20 years, that the government for example would accumulate vast reserves, that most privatizations would be auctions with a highly competitive final price, or that oligarchic disputes would mostly be settled in international courts rather than via ‘mask shows’ in Moscow. Some investors (including locals) still have a feeling today that everything in Russia is bad, even though they really can’t argue the fact that Russia’s economy has become much more transparent and civilized since the 1990s, even if it is still far from perfect.

One of the justifiable concerns about investment in Russia is the increasing competition from huge companies, including state companies. Investors are concerned that it isn’t a level playing field, and that state companies benefit from unfair advantages. For example, in natural resources sectors, state companies have privileged access to the best licenses, and in the banking sector, state banks have access to much cheaper deposits and financing than private companies.

Foreign investors are also concerned about legal and regulatory issues, although I think this is a global problem, and not just a Russian problem. In Europe and the U.S.A., regulations and taxes are often far more anti-business and anti-entrepreneur than in Russia, but at least the rules there are usually fairly and objectively enforced. In Russia, most laws on paper are more favorable for business and entrepreneurs than in developed markets – for example minority shareholder rights, the ability to hire and fire employees, and taxes – but the laws are often arbitrarily enforced by officials, and this creates uncertainty and risk. The point is not that Russia is better than everywhere else, but that most countries have real legal and regulatory risks.

Still, there are a lot of attractions to Russia which are not widely appreciated. One is the human resources, which are some of the best in the world when properly incentivized. Russia has been already for several decades a largely urban society, and the parents of today’s young employees were mostly not rural farmers but rather engineers, scientists, teachers. The intellectual potential and consumption behavior of the young generation are some of the main drivers of Russia’s GDP, and for most strategic investors in the country, the education and productivity of their young employees is one of the factors most often cited as the reason for the success of their investments.

For some other emerging markets like India or China, there is a different type of transition ongoing. There, the grandfathers and grandmothers of many of today’s young generation were living in rural villages or working in farming, the parents moved to a city to work in a factory, and all the hopes and savings of these two generations are aimed at making the next generation the first to go to university and work in an office. This is a transition from ‘developing’ to ‘developed’ and it will drive their growth over several decades.

Baring Vostok is one of the leading private equity firms operating in Russia and the C.I.S. Baring Vostok private equity funds have invested over $1.8 billion in more than 60 companies since 1994, and currently have committed capital of $3.7 billion. The funds’ portfolios have been diversified among financial services, oil and gas, consumer products, telecommunications, and media sectors, including СТС Media, Golden Telecom, Yandex, Ozon, Gallery Group, Centre of Financial Technologies (CFT), Enforta, ER-Telecom, 1C, Burren Energy, Volga Gas, Zhaikmunai, Novomet, Kaspi Bank, Orient Express Bank, Europlan, Karo, EMC, and others. The investment advisor of the funds, Baring Vostok Capital Partners (Guernsey) (BVCP), has several times since 2005 been voted ‘Russian Private Equity Firm of the Year’ by the readers of Private Equity International and Private Equity Online. The sub-advisor of BVCP has a branch office in Moscow with a team of 30 experienced investment professionals. Baring Vostok is a member of Baring Private Equity International, a global private equity group with more than $12 billion of capital under management by affiliates in the C.I.S., Asia, India, Europe and Latin America.

Compared to these and other countries, Russia doesn’t really closely resemble either ‘developed’ or ‘developing’ countries, but seems more a ‘mis-developed’ country. The good news is that the process of correcting this mis-development in Russia is happening naturally over one to two generations, as highly educated young people make their choices in life driven by market considerations.

One area where Russia is clearly weaker than other BRICS is the development of local institutional investment capital. Due to their earlier stage and relative immaturity, Russian pension funds, insurance companies and mutual funds are very small compared to their peers in other BRIC countries. In India and Brazil, foreign portfolio investors fled the countries in 2008. Similarly to Russia and other emerging markets, it caused a 50% drop in local stock markets, but local investors didn’t leave – and this created a stronger foundation for share price recovery. In Russia, where the stock market is still heavily influenced by foreign investor flows, share prices fell by more than 75% in 2008 and still haven’t recovered to anywhere close to peak levels, despite the fact that net profits of listed companies have grown by about 50% over the same period.

Russia is not a high priority

The main thing we aim to demonstrate to new potential investors in Russia is that there is still strong consumer demand here, and this is driving strong growth. And we don’t focus mainly on GDP or other macro-indicators, but on the underlying growth story in key industry sectors where our funds invest: internet and software, financial services, consumer goods and retail. In these sectors the underlying growth is still around 15% per annum, and the best companies in these sectors often grow two times faster than the industry overall. If you invest in a company with this type of growth, you can experience several problems and still make a good profit on your investment. But if you invest in a company with no growth, it sometimes only takes one problem to cause your investment to go to zero. For example, a company which has high levels of debt can pay off the debt easily if its revenue doubles over a few years, while a highly leveraged company with no growth will often go bankrupt.

But despite the good growth, Russia is a small market for global private equity investors, so few of them make it a priority and devote the time to really understand it. Russia is a country where foreign private equity investors have made and can continue to make good profits, but due to its smaller size it can be ignored without causing damage to your overall global private equity portfolio. China is already so big in terms of GDP, and its growth potential is still so huge, that no global investor can afford to ignore it. This is why the number of private equity funds in China is a hundred times greater than in Russia.

Compared to both portfolio equity investment and private equity investment, strategic investment from foreign companies offers the highest multiplier impact on the economy, not just creating jobs but resulting in an exchange of knowledge and skills. It is necessary for the Russian government to constantly show that the country is open to foreign investment and to make it easier for foreign investors to choose to invest in Russia. Other countries do this more actively and professionally than Russia does. 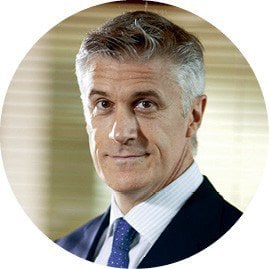