Reality and Perception Can Differ 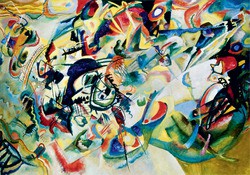 Even though the country offers significant opportunities for international investors, many still believe Russia is not an attractive investment destination. However, the reality is better than it may at first seem, and investors overestimate the problems they will face in Russia.


Russia’s image as an investment destination is far from clear-cut globally. Although many international investors are increasingly regarding Russia as a tremendous opportunity to do business, there are still many who take a different view. Why? I think a part of the answer is a sort of myth building around the country.

Generally speaking, investors and their perceptions of Russia can be divided into three different groups. The first one is made up of businesses and funds who have already invested in the country. They are quite knowledgeable about Russia and know that there are solutions to all of the issues raised by other people. As our surveys show, almost 70% of existing international investors are highly satisfied, and continue to invest in Russia.

There is a second group of investors who have not yet invested in Russia but who are now considering doing so. Like investors from the first group, they are knowledgeable about the country. They know that Russia has one of the best-performing economies in the world; that the middle class has tripled in the last five years; and that the stock market has grown 20 times, and banking system assets increased 40 times, in the last 12 years. They are looking for very specific opportunities. For example, private equity funds specializing in chemicals or infrastructure are focused on investment opportunities in the sectors and industries they understand best. They also recognize the importance of a local partner, understanding it is essential when entering new markets.

Finally, there is a big group of investors who are very poorly informed about Russia. All too often their knowledge is built on what they have read or heard in the media, and this leads to dramatic misconceptions about the country. It is these myths about Russia which stop them from investing – and the most significant of these myths is that Russia is not an attractive investment opportunity.

The Russian Direct Investment Fund (RDIF) is a $10 billion fund established by the Russian government to make equity investments primarily in the Russian economy. The RDIF was created in 2011, under the leadership of both the President and the Prime Minister of Russia, to co-invest alongside top global investors, acting as a catalyst for direct investment in Russia.

In just over a year the fund had arranged investments totaling over $2 billion, of which $500 million was invested by RDIF itself, and $1.8 billion by co-investors. The RDIF also attracted a further $2.5 billion of foreign capital into the Russian economy through long-term strategic partnerships.

These potential investors do believe that Russia’s economy is growing and opening up opportunities, but they see bureaucracy and corruption as major obstacles to investing. However, bureaucracy and corruption are not the problems they should really fear. For the last ten years the government’s objective has been to attract foreign investors, and there has not been a single instance where a fund or a large private investor from outside Russia has encountered a major problem.

One more common myth is that contracts or other obligations are not properly honored or accurately fulfilled in Russia. This is simply not the case. Most Western companies doing business in Russia experience no problems with contracts, although many foreign investors prefer to structure their contracts so that any investment or business dispute comes under the jurisdiction of international arbitration in London, Stockholm, Paris or New York. While this reflects that people feel there is a risk attached to investing in Russia, reality and perception can differ. Part of our job at the Russian Direct Investment Fund (RDIF) is to allay these fears, and we do this through ongoing discussions with investors and careful due diligence when selecting and structuring projects.

We seek to allow investors in Russia to be ‘no-excuse investors.’ To this end we are lobbying the government to think about giving at least some form of guarantee, and to offer support for some infrastructure projects, to make their economic profile more attractive for an international investor. We are working hard to minimize the perception of risk surrounding Russia which, while still high, is declining – and the co-investment approach is very convincing, as foreign investors see that any risks are shared.

In our first year, the RDIF invested $500 million, and attracted $1.9 billion of foreign investments into Russia. In 2012 we invested $50 million in the initial public offering (IPO) of Mother and Child, a leading Russian chain of prenatal clinics and a private provider of healthcare for mothers and children. We brought in Russian Partners – a subsidiary of Siguler Guff, a U.S. multi-strategy private equity investment firm with more than $10 billion under management – as co-investors. Thanks to the rapid expansion of the Russian middle class, the business is growing fast and the Mother and Child stock is already up around 45% since the IPO.

Another example of this approach is our investment of $80 million in the Moscow Stock Exchange’s IPO earlier this year, where we attracted people like China Investment Corporation (CIC), the European Bank for Reconstruction and Development (EBRD), Cartesian Capital Group, and BlackRock, as co-investors. We believe the Moscow Stock Exchange has huge potential and will deliver considerable profits to investors in the future.

Planning a Future with the BRICS

The presence of internationally acclaimed names is also very helpful in persuading people to invest in Russia. Potential investors become much more open-minded when markets leaders such as CIC, or the Japan Bank for International Cooperation (JBIC) – which agreed in April to invest $1 billion in a new Russian-Japanese investment platform together with the RDIF – show commitment and say, “Yes, we want to invest in Russia,” and, “Yes, we believe in Russia,” especially when some of the key people also sit on our advisory board.

As a part of our strategy we are building partnerships with countries such as Japan and China which contribute to an array of lower-level partnerships, which allow us to reach out to all the investors and companies in those countries. For example, we expect to announce soon a major partnership with an Arab fund, building on some of those relations. And of course we see huge potential in the BRICS, as both source and destination for foreign direct investment.

The main vehicle to promote mutually beneficial investment relations among the five emerging economies will be the BRICS Business Council, announced at the BRICS summit in Durban, South Africa, in March. As a Russian member of the Council, I believe that it will be a very important opportunity to strengthen our links and increase mutual investments. We have already met with nearly all of our counterparts on the Council, all of whom are very influential people in their home countries.

It doesn’t mean that the BRICS countries are only looking to do business amongst ourselves. If we have a project or an idea, because we have already established relationships, we can use these channels of communication effectively to get practical things done. It is also very good that there are just five members from each country on the BRICS Business Council, as it allows for very easy dialogue and makes the whole structure manageable.

I’d like to stress we are very much focused on practical results and outcomes to accelerate the investment process, as well as on BRICS relationships as a whole. So far this approach has already borne fruit in the short term, and we predict a dramatic increase in investment inflows into Russia, as well as to the other BRICS economies. 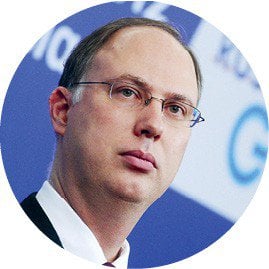