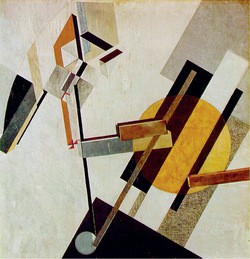 Since the BRICS’ very inception, financial topics have been central to the agenda during the regular meetings of the five heads of state. This April’s summit in Durban, South Africa, continued the tradition – laying an important foundation for the five countries to further develop their own financial infrastructure and institutions.

Four decisions seem to stand out from all others in the eThekwini Declaration and eThekwini Action Plan, adopted in Durban by the five BRICS this year: firstly, to set up a new development bank; secondly, to develop a financial ‘safety net’ for members in the form of a self-managed foreign-exchange reserve to respond to emergency situations, initially totalling $100 billion; thirdly, the decision to approve the agreement between BRICS export/import banks and development assistance banks on cooperation and co-financing of sustainable development projects; and lastly, the decision to expand mutual settlements in national currencies.

With their vast natural resources, diverse industrial base, unique human capital, and enormous market, the BRICS countries account for nearly 30% of gross world product (GWP), and their aggregate growth in 2012 reached 4%, compared to 0.7% in the G7 countries. This factor alone provides justification enough for the five countries to set up their own financial infrastructure to complement existing global and regional structures. However, to a certain extent, the decision taken by the BRICS countries to set up their own development bank and foreign-exchange reserve may be explained by the reluctance on the part of some ‘mature’ markets to recognise new global realities and give up the vestiges of the Bretton Woods agreements underlying the activities of the International Monetary Fund, World Bank, and other institutions.

The BRICS show a readiness to embrace cooperation on an equal footing, through the newly established financial structures and international institutions, in projects of common interest; to expand the number of participating countries; and to spread their area of influence far beyond their borders. The BRICS financial structures may become a prototype and catalyst for the development of a new financial world order, championed both by developing and developed countries.

The decision to set up a Business Council became an important step towards enhancing political interaction between the BRICS countries. Having identified trade and investment as the “main pillars” of future cooperation and development, the Council declared that its minimum goal was to ensure that the trade turnover between the five countries reaches $500 billion by 2015. Since the BRICS Business Council includes quite a few professional financiers, there is little doubt that the increased turnover will enjoy the financial support it requires.

The BRICS nations interact with other countries and groups of countries in many areas, with the G20 format playing perhaps the most pivotal role. Having supported the key G20 objectives proposed by the Russian government in 2013, BRICS leaders spoke out in favour of strengthening financial stability, expanding investment financing, and stabilising sovereign debts to ensure strong, sustainable, comprehensive and balanced growth.

The five BRICS countries remain concerned that certain negative consequences of the anti-crisis measures taken in Europe, the United States, and Japan are being ‘exported’ abroad, which may bring about greater volatility in capital flows, foreign exchange rates, and commodity prices – with developing economies suffering the most. Calling for the reform of international financial institutions and the global currency system, the BRICS leaders have noted the important role of ensuring reliable, sufficient and predictable access to long-term financing for developing countries: for real production enterprises, for small and medium-sized businesses, and for innovation-driven development. They have called for concerted international efforts in this area to address the questions of trade, investment, finance and technology – jointly, and in the context of global growth prospects.

The growing cooperation between the BRICS within the G20 format, and their joint positions on key issues which echo the positions taken by many other countries, serve to benefit gradual global development. The consolidated position taken by the business communities of the Business 20 (B20) plays a special role facilitating joint recommendations on how to address the most topical financial and economic challenges, and engage in a productive dialogue with global leaders.

Leading business organisations in the BRICS countries have become reliable partners of the Russian Union of Industrialists and Entrepreneurs (RSPP), which is spearheading the B20 during Russia’s G20 presidency this year. Draft recommendations formulated by the business community for the G20 heads of state and governments have been submitted for open discussion at the B20 Summit, held during the St. Petersburg International Economic Forum (SPIEF) in June. The recommendations will be presented to the G20 Summit in Strelna, 5–6 September 2013, in the form of a ‘White Book.’

Preliminary consultations between the BRICS leaders on global agenda issues, held on the margins of G20 summits, have long been a tradition. Notably, when it came to such concerted actions as the initiative to create a new development bank and sign an agreement on a foreign-exchange reserve, the five leaders agreed in Durban to review their progress in Strelna.

Today it would be difficult to implement virtually any important decision in the world of international finance without first taking on board the position of the BRICS countries. Therefore the proposal by the U.K., as 2013 president of the G8, to include taxation – along with trade and transparency – on the agenda of the G8 meeting, where Russia will be the only BRICS country present, will hardly result in any ultimate solutions. They will be equally hard to find during Russia’s G8 presidency in 2014 as well, even though greater opportunities to engage in proactive consultations with other nations should arise. It would be equally difficult to expect any holistic solutions from the BRICS countries. Even the G20 – sometimes referred to as the ‘world government’ – does not command sufficient legitimacy to adopt global decisions. 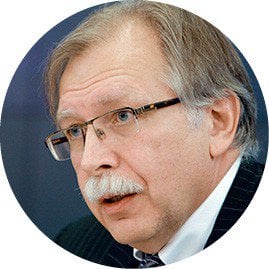 Executive Vice President of the Russian Union of Industrialists and Entrepreneurs (RSPP), Russia’s Sherpa in the B20