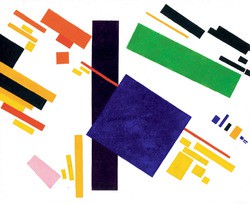 Turning BRICS into a powerful and effective international organisation with realistic leverage on a global scale will require a long-term development strategy – with institution building being the first order of the day.

This article is based on Georgy Talarya’s presentation at the Third International Conference, BRICS and Africa:
Cooperation for Development, Moscow, May 2013.

Today no one would argue that the BRICS bloc has not long transcended the stage when it was merely a clever – if not slightly cerebral – acronym coined by economists from Goldman Sachs. Nowadays it has transformed itself into a real international player capable of vying for a leading role on the global political and economic stage. However, to realise its potential, the BRICS club will have to address a fundamental issue: how to identify itself and its aspirations as a new and rising global power.

There are two general schools of thought as to what the BRICS phenomenon is all about. According to the first school, this alliance is a new factor in international relations. It is a means and an end in and of itself, which could be used to rebuild the world – starting with the global financial and economic architecture – to establish a new, more equitable, order. This interpretation, which I happen to share, emphasises one important aspect – namely, that the BRICS is an inter-civilisational alliance made up of the leading regional powers in the developing world. Importantly, this alliance pursues a policy of cooperation and collaboration with the West, and not one of confrontation.

According to the second school of thought, the BRICS is first and foremost a club made up of countries that for various reasons never formed part of any other influential alliance in the world. In other words it is a non-aligned movement whose main objective is to elicit concessions from the existing ‘masters of the world’ who call the shots globally and, in particular, to strengthen the role of these five developing nations in the modern world.

All of the BRICS countries, including Russia, obviously favour the first school of thought and are fully determined to develop the alliance precisely along these lines. The ‘Southern Wing,’ on the other hand, tends to overrate the club’s ability to act as a singular representative of the developing world. However, it does not seem that the future development of the BRICS as a new international mechanism will follow a straightforward blueprint. In fact it may best be described with three different scenarios.

The first scenario, which at this stage seems rather probable, promises a certain degree of stabilisation, if not stagnation, for the BRICS club. The current level and range of cooperation will remain, while the member countries will coordinate their financial and economic policies to a limited extent only. This would be the preferred option for the West, which views the BRICS alliance as a competitor.

The second scenario would probably make the West even happier. It entails a gradual erosion of the values underpinning cooperation between the BRICS countries, reducing it to periodic summits and other formal events. Admittedly, this second scenario does seem highly possible as well, because contradictions between the members of the club do exist, and no mechanisms have yet been found to overcome them.

The above scenarios raise one important question: how, and at what pace, is this club going to develop its institutional framework? This is an area that I believe BRICS should focus on today. As BRICS institutions continue to develop, the organisation’s functions should be clarified and expanded in parallel. Our recent experience shows that if such institutions are not set up in a timely manner, these key functions may be lost and the entire project could fail. Therefore it is critical to start building the BRICS’ institutional mechanism today.

We might even postulate that a mechanism of this sort could ensure that the BRICS club will stay around, and vice versa. To this end it would be vital to set up a BRICS development bank. The idea was first expressed during the organisation’s summit in New Delhi in March 2012, and later discussed as an agenda item during the Durban summit by the five heads of state. However, it has not been translated into an actual signed accord.

Why is it that the significance of such a banking institution cannot be emphasised too much? The answer lies in the fact that, in addition to being a financial institution, such a bank would also act as an analytical and research organisation. It would be able to evaluate the macroeconomic and political situation in the member nations, as well as identify and describe lucrative investment projects. In addition, the bank would help to coordinate the economic policies of the member states, which is exceedingly important.

This is precisely why, in my view, setting up a development bank is one of the most critical BRICS projects in the years to come. One should bear in mind, however, that this would merely be one step in the long journey to creating a full-fledged and comprehensive body, responsible for greater integration and interaction inside the organisation, and transforming it into a powerful international political and economic club.

However, as they say, one should not underestimate the power of bureaucracy: it is perfectly capable of nullifying any initiative, no matter how noble. In this sense, in my opinion, it would be critical to adopt a long-term strategic development project for the BRICS countries. I believe that the BRICS summit that took place in Durban this March already set the tone for that endeavour. Now it is incumbent upon these countries not to lose the momentum. 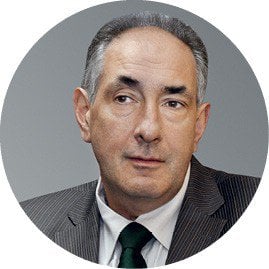 Executive Director of the National Committee on BRICS Research, Russia