Practical guidelines for those who plan on doing business in Russia.

So, you have made your decision and are about to invest a certain amount of money in a Russian asset? Naturally, you have been trying to find out more about the intricacies of doing business in Russia, the local mentality and so forth. You certainly have already formed some sort of impression – a patchwork of various notions and images such as the mysterious Russian soul, corruption, crime and bureaucracy, natural resources, the high intellectual level of the population, and the enormous potential to develop and grow many business areas.

But what are you going to see on the ground? Russian people like to talk a lot about their country’s unique and distinctive culture. But how does it affect the business environment? The laws and regulations that are customary in other countries, especially in the developed nations of the West, are often misunderstood and rejected in Russia.

The first thing you are likely to hear in response to your proposal is, “No.” What is more, there will be no apparent reason for this reply. It might simply mean, “We disagree with that approach, it will not work, we will not do it, we live by our own set of laws.” Rules are a difficult thing; they are always subject to change depending on who does the inter­preting. Here we are about to touch upon a critical aspect: trying to understand who calls the shots and who you should negotiate with.

Russia has always been ruled by some sort of a supre­me power, be it the tsar or some other leader, who is perceived as the father of all people – tough but fair. Russia’s dominant religion – Orthodox Christianity – also recognises and accepts the notion of supreme power. Business communities are built based on the same principle, with the chief executive reigning supreme and topping the pyramid, and the rest filling different positions in the hierarchy and unconditionally accepting all decisions taken at the top.

If you want to secure a favourable decision to further your objectives, you should find out in advance who will take the decision, where this person’s inte­rests lie, and who you will have to talk to. A strict hierarchy means that all important decisions can only be taken subject to management’s approval and consent, even if you have done all the groundwork with another specialist who deals with your particular field. The boss will always have the final say. However, there is a caveat: if your proposal is not appealing, the news will be relayed to you by the person in charge of your particular question, and more often than not this person will not be the boss. Your objective is to keep the relationship going in case you might need to deal with these people in the future. It could be critical to win the support of the influential people acting as aides to the chief executive, who could confirm that your proposal is important and valuable.

Russia is a country where ‘context’ matters a lot, with information often communicated in a non-verbal manner. Therefore, it matters who delivers this information – their status, as well as their formal and informal role. Those who informally communicate with the principal person tend to exercise a lot more influence than the principal’s direct subordinates.

Information is not always available to everyone. Very often different employees have access to different pieces of information. Therefore, it always makes sense to hear several versions and try to run through the different possible scenarios. It behoves you to verify the information as well: part of it may simply be based on assumption.

Tip No. 3.
What to do in conflict situations

You have a disagreement with your Russian partners. How can you find a way out of this situation? Conflicts are managed in Russia in a different manner compared to what is commonly accepted in the West. For the most part, conflict management techniques are a function of the information communication discourse addressed above. Since personal relationships play a vital role in finding solutions to various problems, conflicts are rarely resolved in a head-on direct manner based on an objective picture of what is going on. More often than not, the very existence of a conflict is kept quiet and unadmitted. It is always better to try and resolve such disagreements through the good offices of third parties and not to get involved personally; see Tip No. 1.

Relationships are important. However, if a conflict is out in the open it will be resolved by a decision taken by the principal and everyone else will have to accept it. Russians tend to react emotionally in conflict situations and are often unable to compartmentalise the problem and the individuals involved. Therefore, it is always difficult to find someone who would willingly agree to deliver bad news to the boss.

Tip No. 4.
Never forget about formalities

The term ‘manual management’ took root in Russia following the crisis of 2008. It means that the chief executive decides on all key issues, and the rest have to comply. The difficulty here lies in the fact that any activity can only be planned for a short period of time, because in the longer run things may change unexpectedly. In planning your activities in Russia, try to formalise certain aspects of your cooperation. It is great if you have advisors who can sort out all of the contested issues well in advance. But it is equally important to understand who is really at the helm, navigating the ship in this ‘manual mode.’

Tip No. 5.
Never stray from your objective

It is not at all easy to quickly understand and accept another culture. Therefore, it will be best if you start your business with reliable partners who share your interests and objectives, who can explain to you all of the intricacies and controversial nuances.

It will be a tremendous benefit if you are willing to learn the language and understand the country. Even if you are not going to stay in Russia forever, you will still have a chance to come into contact with another culture – and in the process get to know yourself better.

In conclusion I would like to recall a famous quote attributed to Anton Chekhov: “Each of us is full of too many wheels, screws and valves to permit us to judge one another on a first impression or by two or three external signs.”

Do not jump to conclusions based on first impressions, and continue to strive to achieve your objective. 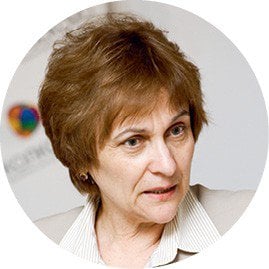