If the government wants to make Russian companies more attractive to foreign investors, it does not have to give up its stake in their shareholdings. Rather, it is critical that politics are taken out of the corporate management equation.


Few countries in the post-crisis world would be able to match Russia’s macroeconomic track record. The country ranks among the most sustainable economies in the world, as shown by a number of key indicators such as foreign debt to GDP ratio (around 10%), budget deficit (0.4% in the first quarter of this year), and gold and foreign exchange reserves (in excess of $500 billion).

Global investors have certainly taken notice and appreciate that aspect, as can be seen from the situation around the Russian sovereign and corporate debt market, which undoubtedly has become one of the most attractive in the world today. Take a look at the spread of corporate bonds in Russia compared to companies in other countries: it has contracted significantly over the last two to three years, which goes to show that the value of Russian companies today is not discounted in any way, at least not in terms of their solvency. For instance, Russian corporate bonds are currently traded on a par with those of Brazil, and their average yield is higher than that of U.S. corporate bonds by a mere 100 basis points. However, by and large, even this difference bears no significance.

While there is certainly nothing wrong with foreign investors’ attitude to Russian bonds, with demand remaining consistently high, that is clearly not the case in the domestic securities market. It is an open secret that it has been chronically undervalued in a major way, compared not only to securities markets in the developed countries, but also to those in many developing countries – including the BRIC nations. For instance, in early second quarter, the P/E multiplier (price to earnings ratio per share) for Russia’s main MICEX index remained a mere 5.9, compared to 8.4 for the Brazilian Bovespa, 14.4 for the Shanghai Securities Exchange, and 16.6 for the Indian BSE SENSEX. In other words, compared to the other BRIC countries, Russian securities are traded at a discount rate roughly ranging from 40% to 280%.

What could account for such a massive difference? Generally, the notorious Russian investment climate is the primary root cause. It probably makes no sense to provide a detailed list of all of the aspects where Russia is still lagging far behind best international practices – everyone knows them full well. It would, however, behove me to mention one thing: the low quality of corporate management, which is often associated with the excessive presence of the government in the Russian economy.

But is this presence really excessive? Everyone knows that this issue is constantly debated in Russia. However, in my opinion, the answer to this question varies radically depending on which economic entity one is talking about.

It is not entirely unreasonable to have the government as a shareholder if a company is operating in a competitive market and its primary objective is to maximise profits. It is a completely different game if the corporation in question pursues strategic objectives or performs social functions. In the latter case, the fact that the government is listed among such a corporation’s shareholders is hardly an impediment; on the contrary, it is often a requirement.

In early second quarter, the P/E multiplier (price to earnings ratio per share) for Russia’s main MICEX index remained a mere 5.9, compared to 8.4 for the Brazilian Bovespa, 14.4 for the Shanghai Securities Exchange, and 16.6 for the Indian BSE SENSEX. What could account for such a massive difference? Generally, the notorious Russian investment climate is the primary root cause

Which companies could one put in this category? Examples would include the so-called ‘natural’ monopolies, such as Russian Railways OJSC. In addition to generating profit, they are required to assume the burden of developing the country’s transport infrastructure. That requires colossal investments, which no ‘market’ company would be able to stomach. Another example would be the Russian Agricultural Bank JSC, which essentially plays the role of government financial agent, providing soft loans to finance the domestic agricultural complex. Obviously, companies of this sort would find it difficult to compete successfully in a ‘pure’ market environment.

The problem lies in the fact that the same companies in Russia, and especially those with a large government involvement, often play both roles at the same time. This is precisely what drives the widespread phenomenon of the ‘socialisation of shareholder value,’ i.e. when corporate funds are used to further the government’s social objectives.

I would like to emphasise that there is nothing wrong with the corporate sector playing a specific role in pursuing social objectives per se. Otherwise, Russia could regress into the Stone Age, with everyone running around with spears killing each other. However, such an approach should be employed only when these corporations do not have any shareholders who are pursuing different social objectives or other non-business agendas. In other words, such issues should be dealt with by ‘specialised’ institutions that are government agencies. Other companies should operate in the market based on a common set of rules.

At the same time, the government does not have to fully give up its stake in companies operating on the free market to significantly boost their efficiency and ultimately make them more attractive to investors. Instead, what is critical is that politics are taken out of the corporate management equation to the maximum possible extent.

To achieve this objective one needs to create an environment in which key decisions taken by such companies are predicated solely on business requirements. It is equally important to make sure that such decision-making processes are governed by a clear set of formalised criteria. This would enable them to move away from the widespread practice of ‘manual management’ and its consequential errors, as well as to significantly reduce the risk of corruption in the Russian economy.

Apart from the difficult psychological transition to this new management paradigm, such a move would require long and tedious efforts that seem anything but glamorous. However, if the country fails to overcome this hurdle, it will miss out on an opportunity to realistically improve the quality of its economy, and foreign investors will continue to demand that the country’s assets be sold at a considerable discount. 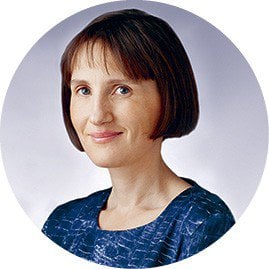