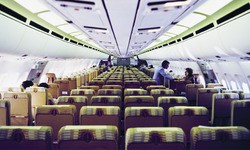 Airline ticket prices often seem unreasonably high, but airlines claim that their profit margin on a given flight is less than 1% of the value of the tickets sold. BRICS Business Magazine found out where the rest of that money goes.

Those who work in the airline business often describe it as sheer madness. The expenses this industry incurs trying to make money, literally out of thin air, are incomparable. Even trivial things like wind speed can mean profit losses for an airline. To plan just one flight, airlines have to factor in a variety of different expenses, the likes of which are not encountered in other sectors. Ordinary passengers often wonder how airlines can charge so much money when flights have become more frequent and the industry has not undergone any radical changes or innovations.

The most obvious answer, and the easiest to understand, is fuel. BRICS Business Magazine spoke to a source at one of the largest Russian airlines, who said, “At any airline, fuel costs account for at least 40% of our budget.” More often than not, the term ‘aviation fuel’ refers to aviation kerosene or so-called ‘jet fuel.’ It is what airlines all over the world use today, and it is very expensive. “When I am asked about fuel prices, I often repeat an equation I learned when I was a student in the USSR: The amount of fuel used during a single Tu-22 missile carrier regiment flight is equal to that budgeted by the Byelorussian Soviet Socialist Republic for an entire month,’ recalls the source.

Today, fuel consumption is one of the key indicators of aircraft operational efficiency. Naturally, the lower it is the smaller the costs incurred by the airline. “Oil prices are constantly on the rise and airlines have to switch to more fuel efficient aircraft,” the source told BRICS Business Magazine. “Often times, airlines reduce the number of flights as they increase the size of the aircraft. In other words, frequent flights operated by small planes are being replaced by less frequent flights and larger planes.” 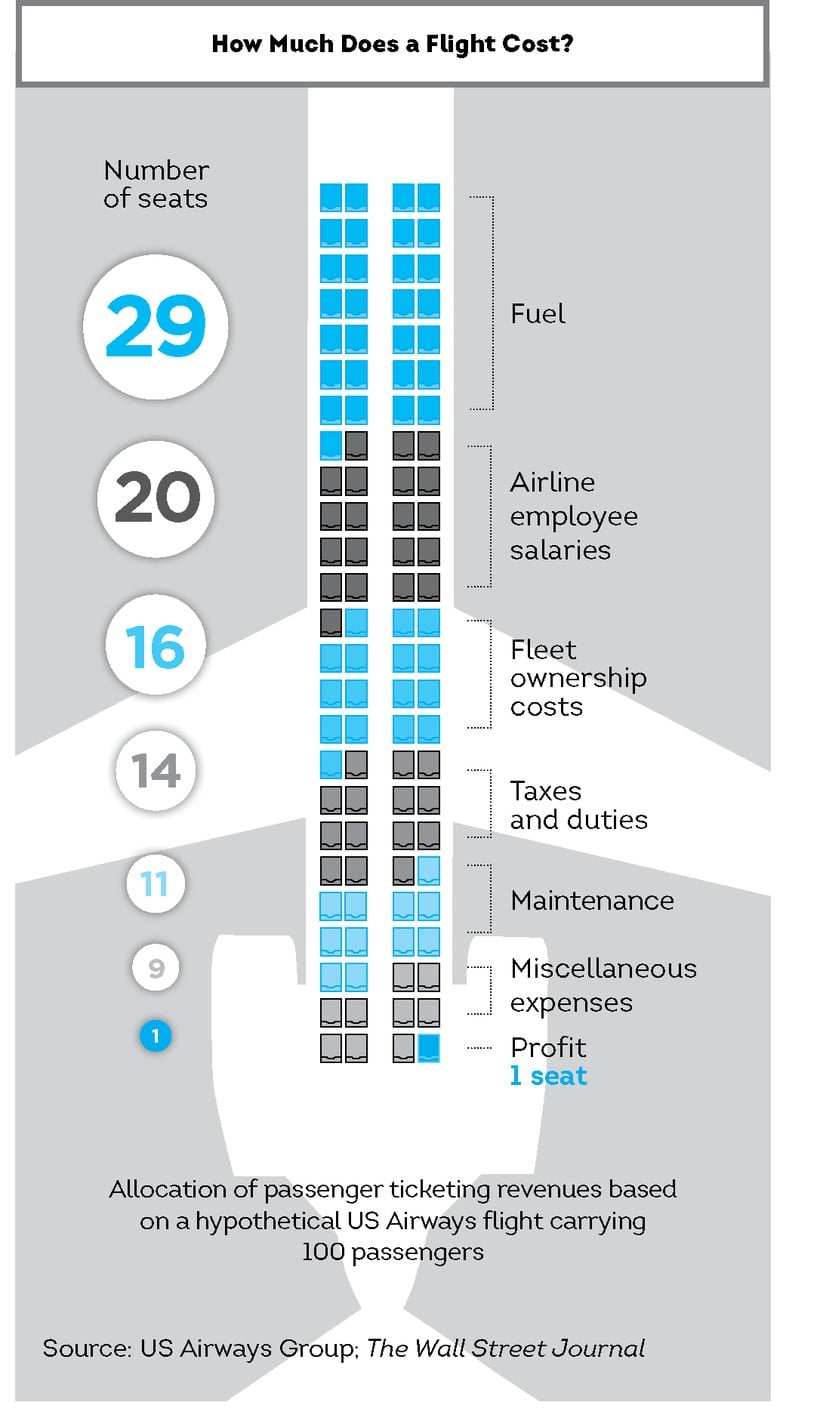 Back in 2011, the Wall Street Journal published a study conducted jointly by US Airways and Oliver Wyman (a consulting company), in which they used a hypothetical flight to illustrate airline costs. For this hypothetical US Airways flight, it was assumed that the plane was fully booked with 100 passengers, and that each passenger had paid $146 for their one-way fare (based on the company’s average annual data). The company’s profit margin corresponded to the price of one ticket, i.e. 1% of the value of all the tickets. By extension, the amount paid by the remaining 99 passengers was spent on other flight-related expenses.

For instance, fuel costs amounted to nearly one-third of the total, or were ‘covered’ by approximately 29 passengers. Oliver Wyman found that airline fuel costs can reach 34%.

The second largest expense is crewmember salaries. The US Airways and Oliver Wyman study showed that these expenses were paid by another 20 passengers.

Another equally important expense item is aircraft leasing or purchase. Sixteen out of 100 passengers pay for an airline’s fleet ownership cost. Approximately the same number of passengers (14%) cover taxes, duties, safety costs, terminal use, and other airport services.

Aircraft require a great deal of attention. Scheduled maintenance is performed every few months and major overhauls are needed every two to three years. Repairs, maintenance, and spare parts are covered by the tickets of approximately 11% of passengers. This amount also factors in costs resulting from ‘auxiliary mechanism’ failure, such as gangways, baggage carriers, aircraft tugs, and so forth.

The revenue from 9% of tickets will cover miscellaneous expenses, including lost luggage insurance, the lease of airport check-in desks, and in-flight catering and drink service. According to the researchers, the latter accounts for nearly 2% of all costs incurred by the carrier. Another 2% of passengers will have to cover the cost of boarding, rental fees for gangways, and the use of taxiways. Additionally, in the event of an emergency landing, the airline would also cover all of those associated costs.

‘Miscellaneous expenses’ are an area where passengers can save money. For instance, the low cost airlines that have recently become so popular are less expensive because they do not offer business class service or in-flight catering, they lease the parking spaces that are located the farthest from the terminal, and they use a bus instead of a gangway for boarding and deplaning the aircraft. However, even they cannot avoid the remaining flight costs.