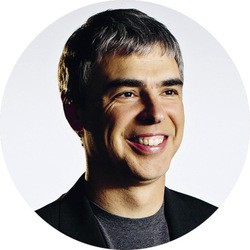 Modern airport efficiency is one of the issues that Google co-founder Larry Page plans to tackle in his quest to build a perfect world. Apart from the obvious question of how it will be done, another one remains: is it effective to invest billions of dollars into upgrading and building new airport facilities?

It is not news that Google and its co-founders, Sergey Brin and Larry Page, work hard to improve daily life. The American internet giant has long been investing in technologies meant to better the world – in areas ranging from extending longevity by way of HealthMap and a ‘youth elixir’ to ‘smart’ transportation, such as driverless cars that would solve transportation problems and unmanned cargo aircraft that could deliver vital supplies to hard-to-reach areas and disaster-struck region

To facilitate this work, the company set up the Google X lab, which is supervised by Brin and remained hidden from the public eye until recently. In late September, Amir Efrati of The Information reported that Larry Page had also put together his own project – Google 2.0.

Made up of approximately 100 researchers, the group’s objectives is to develop a new airport model, as the efficiency of existing air traffic facilities is something that Page categorically disagrees with. In particular, he is not happy with the fact that passengers have to spend the lion’s share of their travel time on the ground instead of on a plane. It is still unknown how the Google 2.0 project is going to achieve their objective.

Still, it is difficult to overestimate the timeliness of the research that Page has begun. According to data published last May by CAPA, an international aviation analytical center, the total volume of active global capital investments into airports and auxiliary infrastructure is estimated at a whopping $415 billion. This figure includes $70 billion in construction and design costs for 229 new airports. The largest of these projects was Istanbul’s third airport – construction on the $37.5 billion project was launched early this year and the airport will have a capacity for 150 million passengers when finished. The most ambitious construction project, however, was unveiled in China; according to plans, the number of civil airports will increase from the current 183 to 224.

If Larry Page’s theory is correct, the enormous amount of resources being invested in airport projects will be spent inefficiently, and even a small increase in efficiency could save a lot of money. How can such ideas be conveyed to the international community and simultaneously address the many concerns shared by governments, investors, and construction contractors? This is the question that Larry Page and his team will really have to ponder.