The 18th century German military strategist Carl von Clausewitz defined war as the continuation of politics by different means, and, like the ancient Chinese strategist Sun Tzu, believed that securing peace meant preparing for violent conflict. As the world becomes increasingly tumultuous – apparent in the revival of military struggle in Ukraine, continued chaos in the Middle East, and rising tensions in East Asia – such thinking could not be more relevant.

Wars are traditionally fought over territory. But the definition of territory has evolved to incorporate five domains: land, air, sea, space, and, most recently, cyberspace. These dimensions of ‘CLASS war’ define the threats facing the world today. The specific triggers, objectives, and battle lines of such conflicts are likely to be determined, to varying degrees, by five factors: creed, clan, culture, climate, and currency. Indeed, these factors are already fueling conflicts around the world.

Religion, or creed, is among history’s most common motives for war, and the 21st century is no exception. Consider the proliferation of jihadist groups, such as the Islamic State, which continues to seize territory in Iraq and Syria, and Boko Haram, which has been engaged in a brutal campaign of abductions, bombings, and murder in Nigeria. There have also been violent clashes between Buddhists and Muslims in Myanmar and southern Thailand, and between Islamists and Catholics in the Philippines.

The second factor – clan – is manifested in rising ethnic tensions in Europe, Turkey, India, and elsewhere, driven by forces like migration and competition for jobs. In Africa, artificial borders that were drawn by colonial powers are becoming untenable, as different tribes and ethnic groups attempt to carve out their own territorial spaces. And the conflict in Ukraine mobilizes the long-simmering frustration felt by ethnic Russians who were left behind when the Soviet Union collapsed.

The third potential source of conflict consists in the fundamental cultural differences created by societies’ unique histories and institutional arrangements. Despite accounting for only one-eighth of the world’s population, the United States and Europe have long enjoyed economic dominance – accounting for half of global GDP – and disproportionate international influence. But, as new economic powerhouses rise, they will increasingly challenge the West, and not just for market share and resources; they will seek to infuse the global order with their own cultural understandings and frames of reference.

Of course, competition for resources will also be important, especially as the consequences of the fourth factor – climate change – manifest themselves. Many countries and regions are already under severe water stress, which will only intensify as climate change causes natural disasters and extreme weather events like droughts to become increasingly common. Likewise, as forests and marine resources are depleted, competition for food could generate conflict.

A recent example of the disaffected seeking an alternative to US leadership is the establishment of a New Development Bank and a contingent reserve arrangement by the BRICS. The problem for the US is that, in this case, the disaffected are five of the world’s major emerging economies, wielding combined resources that exceed those of the Bretton Woods institutions. It is highly unlikely that BRICS bank transactions will be denominated in US dollars

This kind of conflict directly contradicts the promise of globalization – namely, that access to foreign food and energy would enable countries to concentrate on their comparative advantages. If emerging conflicts and competitive pressures lead to, say, economic sanctions or the obstruction of key trade routes, the resulting balkanization of global trade would diminish globalization’s benefits substantially.

Moreover, the social unrest that often accompanies economic strife could cause countries to fragment into smaller units that fight one another over values or resources. To some extent, this is already occurring, with Iraq and Syria splintering into sectarian or tribal units.

The extra-territorial use of regulatory and tax powers – particularly by the US, which has the added advantage of issuing the world’s preeminent reserve currency – is reinforcing the view that currencies can be wielded as weapons. For example, the US has effectively balkanized global banking by requiring all foreign banks operating there to become subsidiary companies and requiring international banks with US-dollar clearing accounts to comply fully with US tax, regulatory, and even, to some degree, foreign policy (for example, refraining from trading with US enemies).

Hefty fines imposed by US regulators for breaching the rules – notably, the recent $8.9 billion settlement by BNP Paribas – are already causing European banks to re-think their compliance costs and the profitability of operating in the US. Meanwhile, American courts have forced Argentina into another national default.

But perhaps the strongest message is being sent via targeted sanctions on Russia’s oil, finance, defense, and technology industries, as well as on Russian officials. With this approach, the US and its allies are sending a clear message to anyone who may disagree with US policy: avoid using the dollar and dollar-denominated bank accounts. Some financial activity has already been driven into the shadows, reflected in the use of Bitcoin and other currencies that are beyond the reach of US regulators.

A recent example of the disaffected seeking an alternative to US leadership is the establishment of a New Development Bank and a contingent reserve arrangement by the BRICS. The problem for the US is that, in this case, the disaffected are five of the world’s major emerging economies, wielding combined resources that exceed those of the Bretton Woods institutions. It is highly unlikely that BRICS bank transactions will be denominated in US dollars.

In a recent speech, US President Barack Obama declared that the question is not whether the US will lead, but how it will lead. But, as creed, clan, culture, climate, and currency cause the world to become increasingly alienated from the US-centric international order, such declarations may be excessively optimistic. Indeed, in the coming CLASS war, no one seems quite sure whom to follow. 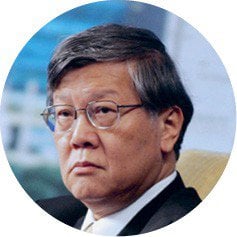 Distinguished Fellow of the Fung Global Institute and a member of the UNEP Advisory Council on Sustainable Finance, former chairman of the Hong Kong Securities and Futures Commission, adjunct professor at Tsinghua University in Beijing, and the author of From Asian to Global Financial Crisis