The Looming Death of Homo Economicus

The world seems to be on the verge of another ‘great transformation,’ with changes that will be far more profound than Asia’s news-grabbing economic rise or the geopolitical fires in the Middle East. The coming changes will fundamentally redefine the nature of our economic interactions – and their underlying social dynamics.

This is a transformation on the scale of the shift, more than 8,000 years ago, from nomadic hunter-gatherer societies to settled agricultural ones, which eventually led to the rise of cities. A similar transformation occurred in Europe in the 10th century, with the emergence of guilds – associations of skilled workers who controlled the practice of their craft in a particular town – which paved the way for the Industrial Revolution.

The particular characteristics of the impending transformation remain unclear. It may well involve revolutions in bio-, nano-, and digital technology, together with a social-networking revolution that eliminates geographical and cultural barriers. What is already clear, however, is that, like previous transformations, this one will involve a fundamental change in all of our economic relations and the social relations that support them.

Mainstream economics offers a straightforward analysis of and policy response to such a transformation. Whenever technological or other changes allow for people to be compensated for the benefits that they confer on one another (minus the costs), the price-based market system can adjust. When the changes create externalities, economic restructuring is required – say, adjustments in taxes and subsidies, regulatory shifts, or property-rights upgrading – to offset the costs and benefits for which the market cannot compensate. And when the changes give rise to particularly high levels of inequality, redistributive measures are needed.

This approach is based on the assumption that, if everyone is fully compensated for the net benefits that they confer on others, individuals pursuing their own self-interest will, as Adam Smith put it, be led, ‘as if by an invisible hand,’ to serve the public interest as well. According to this view, everyone is Homo economicus: a self-interested, fully rational individualist.

But, as past ‘great transformations’ demonstrate, this approach is inadequate, because it neglects the social underpinnings of market economies. In such economies, contracts tend to be honored voluntarily, not through coercive enforcement. What makes these economies function is not a policeman protecting every shop window, but rather people’s trust, fairness, and fellow-feeling to honor promises and obey the prevailing rules. Where this social glue is lacking – such as between Israelis and Palestinians – people cannot exploit all of the available economic opportunities.

This link is apparent in the deep social significance of most of an individual’s economic transactions. When people acquire expensive cars, designer clothing, and opulent houses, they generally seek social recognition. When couples or friends give gifts to one another or take vacations together, they perform economic transactions inspired by affiliation and care.

The problem lies in deeply ingrained – and divisive – perceptions of identity. The world is divided into nation-states, each controlling many of the instruments of public policy. People’s social allegiances are divided further by religion, race, occupation, gender, and even income bracket. Where social barriers are sufficiently strong, economic barriers are certain to appear. These can range from protectionist trade policies and increasingly strict immigration controls to religious wars and ethnic cleansing

In short, mainstream economics – and the concept of homo economicus – recognizes only half of what makes us human. We are undoubtedly motivated by self-interest. But we are also fundamentally social creatures.

This oversight is particularly crippling in view of the impending transformation, which will upend the underpinnings of contemporary society. Indeed, at present, despite unprecedented economic integration and new opportunities for cooperation, our social interactions remain atomized.

The problem lies in deeply ingrained – and divisive – perceptions of identity. The world is divided into nation-states, each controlling many of the instruments of public policy. People’s social allegiances are divided further by religion, race, occupation, gender, and even income bracket.

Where social barriers are sufficiently strong, economic barriers are certain to appear. These can range from protectionist trade policies and increasingly strict immigration controls to religious wars and ethnic cleansing.

Clearly, economic success vitally depends on how people perceive their social affiliations. One view is that our identities are immutable, impermeable, exogenously generated, and intrinsically opposed to one another. This classic ‘us versus them’ dichotomy leads to sympathy for one’s in-group and implacable conflict with out-groups – a bottomless source of conflict throughout history.

But another view is possible: each person has multiple identities, the salience of which is shaped by one’s motivations and circumstances. This idea – which is firmly rooted in neuroscience, psychology, anthropology, and sociology – implies that an individual has significant latitude in shaping his or her identities.

This is not to say that national and religious identities are not profoundly important. Rather, it implies that we are co-creators of our identities. Instead of choosing identities that divide us, making it impossible to tackle multiplying global problems, we can shape identities that extend our sense of compassion and moral responsibility.

A growing body of scientific evidence shows that compassion, like any other skill, can be ingrained and enhanced through teaching and practice. Educational institutions can thus work to develop students’ capacity for caring in tandem with their cognitive abilities.

More broadly, societies everywhere should be driven by a common goal that transcends their diverse backgrounds. Resolving problems that extend across borders is a good place to start, with strategies involving specific tasks for various groups and countries to undertake that advance the greater good. Initiatives like conflict-resolution workshops, reconciliation commissions, cross-cultural education programs, and compulsory civic duty for school leavers could also help.

The mainstream view that people are wholly self-interested economic actors denies our innate capacity for reciprocity, fairness, and moral responsibility. In deepening social affiliations, we can lay the groundwork for a new form of economy in which many more opportunities can be seized. 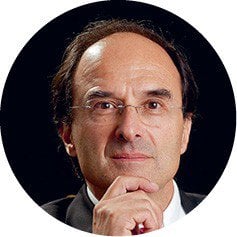