It is difficult to predict what will happen in the world in the next year and a half and how the geopolitical balance of power could change. The one thing we know for certain is that the digital economy will continue to grow. After all, it knows no political or geographic barriers, or so believe Russian investors.

In the next five to ten years, the digital economy will remain one of the few growth drivers. The online economy offers more mobility and dynamism than the offline economy, and is more adaptable to change as it is less affected by politics.

Internet traffic in the emerging economies will inevitably grow, and it will be easier for ready-made products to gain access to these markets rather than to developed economies. However, there is a risk that certain products could be too complex for these markets, and would not be successful until the target demographic learned how to use them. Either way, a large group of eager new users will demand a growing number of services. But the key question is: will it be possible to ‘extract’ money from the Latin Americans, Asians, or Africans by offering them something new?

When investing in a product, one needs to understand who will need it in two to three years and at what price. Unfortunately, given the current economic environment, nobody knows for certain whether anybody will be interested in Russian assets tomorrow. More likely than not, the allocation of institutional capital will change inside the emerging markets – more money will flow into India and Brazil and less will flow into Russia. For a professional Russian investor, it will be better to have money in Russia than in Brazil – projects will be competing for money in Russia, whereas money will be competing for projects in Brazil.

Two to three years ago, Russia was overcome with a copy-paste wave much like the rest of the world – every entrepreneur wanted to clone successful global projects on the local market. Today, one can say with certainty that this approach does not always work in the emerging economies. The number of ‘dead’ models is too great and those that managed to ‘survive’ have been adapted significantly to specific local requirements.

For example, we made plenty of mistakes with one of the companies in our portfolio in Thailand. We underestimated certain local market traits and were too reliant on the copy-paste approach. The Thai market has an extensive capacity, but has not yet adopted the same view of the Internet as the Russian business community. For them, the Internet is more of a toy than moneymaker. For our fellow countrymen, the Internet is a minimum requirement in the business process. But in Thailand, people still do not see the point in having a website when you can just have a page on Facebook instead.

The Internet market in Russia is well developed. In many ways, the Russian Federation is a trendsetter when it comes to technologies, tools, analytical data, and means of making money, to give just a few examples. That is why the country may prove interesting as an exporter of its own digital experience to less developed markets. By the same token, the ‘Ru-Net’ (or the Russian Internet segment) is five years ahead of the Thai-Net, which means that if we transfer all of Russia’s expertise to the Thai market, we can potentially profit on arbitrage since we are familiar with the prevailing trends, which are still largely unfamiliar to local Thai players.

Investors are without a doubt interested in Asia. On the one hand, we understand what we can export to this region. On the other hand, this market has a tremendous capacity and is very intensive. Our point of entry could be Malaysia, Thailand, Vietnam, or Indonesia. Our next objective would be to take a closer look at China as a stand-alone community with its own rules of the game, its own market, and its own demand. However, there is one problem: the mentality of Asian buyers is still difficult for a Russian to grasp and the Eastern approach to decision-making is not as familiar to us as the American or European approach. By the same token, we are far removed from Africa, which is also developing at its own modest pace.

Local markets offer broad opportunities to investors. If you are ready to offer something unique and locally relevant, your chances of survival increase exponentially. It is difficult to compete with Google – there is little incentive to use a local service when there is a more interesting global one. Before getting mixed up in this fight, the small foot soldier should consider the size of his wallet. Breakthrough ideas have long become a thing of the past – the era of technology, operational results, and good performance indicators is upon us.

Where should we expect a breakthrough?

In the future, everything that has anything to do with cloud technologies will be of interest. As Internet access continues to evolve along with Internet speed, cloud technologies become easier to understand for average users. We have started consuming so much information that our mobile devices are no longer capable of processing and storing that information, and the volume continues to grow while the devices we use shrink. In this equation, the money variable will inevitably gravitate toward external servers or databases where such data could be stored. That is why we see the development of various data protection, encryption, storage, compression, data transfer, and logistics technologies – they will be much sought after in the user community.

The Internet of things is also gaining traction. While yesterday the Internet was exclusively a social network, today and tomorrow it will be the required minimum application for any offline product – be it an automobile, a watch, or anything else. Soon, the Internet will become a part of our household – your fridge will start giving you useful tips and ‘smart’ devices will become increasingly widespread. This development will affect the healthcare, education, and automotive industries, and all other domains where analytical data and information sharing are required. The range of investment opportunities will be measured by the limits of people’s imagination.

The Internet of things is still in its infancy and it is too early to talk about specific projects. Everyone wants to be the new Google Glass or Oculus Rift, and the industry will continue to evolve. That is why we have to keep an eye on what is already going on today and know who is doing what in order to find the right investment opportunity in a timely fashion.

Unfortunately, the probability of project failure remains high in emerging economies. Implementation complexities and risks are moving to the offline domain. You can create innovative technologies, develop applications, or write advanced source code, but it still requires the ability to manufacture products and integrate them into a technological production value chain. In this respect, the offline world should catch up with the online domain in terms of flexibility and decision-making speed. This sort of integration will be of greatest interest to those who want to be more agile than the rest. 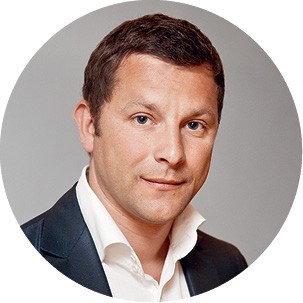 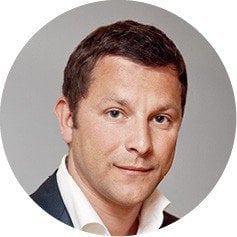