To further integrate the BRICS bloc, the member countries established the BRICS Development Bank and a currency reserve pool, which serves as an alternative to the IMF. But the determining factor in making or breaking the BRICS alliance will be oil.

Over the last two years, oil prices steadily rose until peaking at $115 per barrel. In this environment, the Russian economy showed consistent growth while investments in Russian assets were one of the most attractive options on the emerging markets. Much like Russia, Brazil also projected confidence in its economic future – after all, its economy is largely based on fuel and energy exports as well.

After the 2008-2009 crisis, China, India, and South Africa suffered the most as a result of high oil prices. Expensive oil proved to be one of the most detrimental factors to the Chinese economy – had it been even a little cheaper, China’s GDP could have grown much higher.

However, starting in the second half of 2014, the situation changed noticeably. Oil prices began to fall as a result of a sluggish global economy and an increased supply on the market. Since 2013, oil production has grown by 1-2 million barrels a day, in large part because of the United States. This confluence of events had varying effects on the BRICS countries’ economies.

The falling oil prices proved to be a truly positive factor for China and India. China is the world’s second largest net importer of oil, and in India oil accounts for nearly one-third of the country’s imports. These countries are likely to capitalize on this opportunity to replenish their strategic fuel reserves.

As for Russia and Brazil, they find themselves in the least enviable position of all the countries that form the alliance. However, this situation will not last much longer. No matter how pessimistic the forecasts may appear, there are many reasons to expect renewed growth of oil prices. Traditionally, cold temperatures cause fuel demand to grow during winter months, and the volume of refined oil tends to go up during these periods. Moreover, oil is a non-renewable energy source. Worldwide fuel consumption continues to grow steadily, while new oil fields are discovered less and less often. We all remember the alternative, shale oil, which some specialists thought would bring about a veritable revolution on the global market. However, shale oil does not come cheap.

In the mid-term, growing oil prices will help to strengthen Russia’s status as a global energy power in the BRICS alliance. We should also bear in mind that the BRICS countries are looking into a number of proposals to strengthen their energy cooperation. In particular, they wholeheartedly supported the idea to set up the BRICS Energy Union. This body would analyze the world energy market in an effort to guarantee energy security for the BRICS member nations. It would also enable them to find optimal solutions for China, India, and South Africa. The long history of the BRICS alliance shows that its member nations have always been united in their positions and that despite vastly different economic development models, they are capable of finding solutions that make all parties happy. 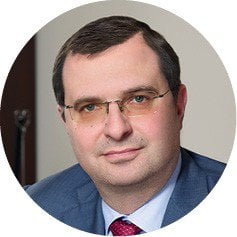 Chairman of the Board at Absolut Bank