What Defines a ‘Technology Pioneer?’

Though no Russian companies were included in the latest World Economic Forum ranking of leading innovators, there are still many technological innovations happening on Russian soil. What makes a company a ‘technology pioneer’ and which Russian companies have the potential to be included on the next list?

Every year, the World Economic Forum publishes its ranking of Technology Pioneers, corporations that are blazing the trail for new technology and innovations. These corporations must meet several specific criteria: they must be developing innovative technologies and, even more importantly, these innovations must be recent and related to scientific research. Furthermore, these newly developed technologies should already be on the market, an indication that the product actually works. Some of these criteria relate to a corporation’s long-term influence on society and business, as well as its ability to grow, maintain stability, and become a visible leader.

There were no Russian companies on the latest Technology Pioneers list, but not for lack of innovative technologies. Russian research institutions and businesses are also generating unique ideas and could earn a spot on the coveted list soon.

Russia has its own national rankings for innovative businesses. One of the largest and most influential among them is called Techup (www.ratingtechup.ru/rate/). It identifies the most innovative and fastest growing companies in the country; like Technology Pioneers, innovation and growth are key factors in making the list. Of Russia’s top-10 rankings, four companies operate in the IT sector.

Any computer user in Russia knows of the Kaspersky Lab. This famous anti-virus software company opened its doors in 1997. Today, the ‘lab’ has representative offices in 30 countries and its products are sold in more than 200 markets. Does this company deserve a place in the Technology Pioneers ranking? According to the ‘top three’ analytical agencies – Gartner, IDC, and Forrester – the Kaspersky Lab was recognized as a leader in Endpoint Protection (endpoint security solutions).

The corporations’ latest inventions, which received praise in Russia and abroad, deal with information security, which has become more topical than ever. They include enhanced password protection and technologies that guard against third-party compromise by way of predetermined input anomalies. This may include greater intervals between password characters, a mouse click when entering a password, or covering the keys pressed on the keyboard. Another of Kaspersky Lab’s recent inventions is anti-virus software that selects the most efficient way to ‘treat’ viruses based on performance analysis and risk assessment. 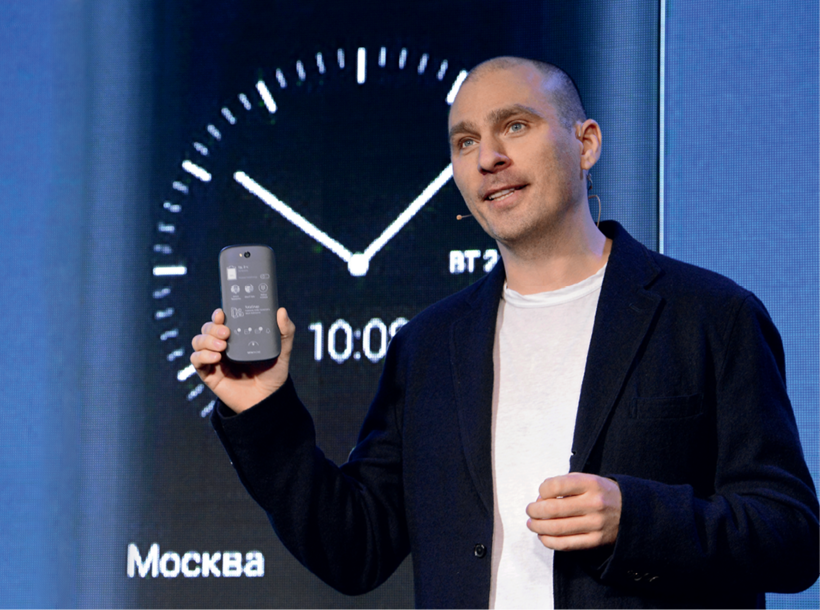 Another Russian company, ABBYY, is one of the world’s leading developers of character recognition, document input, linguistics, and translation software and services. Every day, tens of thousands of organizations process more than 9.3 billion pages of documents and forms using ABBYY technology. This software saves up to 960 million man-hours, or $4.8 billion, per year.

If we look at a company like Yota Devices, however, the perception appears to be entirely inaccurate. In early 2013, Russian developers presented the world’s first dual-screen smartphone – one screen is an ordinary LCD screen and the other is based on electronic ink, or EPD technology. The YotaPhone received The Best of CES award at the prestigious 2013 Consumer Electronics Show

Many people assume that Russian innovations are primarily focused on military industrial complexes, while the manufacturing of consumer electronics remains low. If we look at a company like Yota Devices, however, this perception appears to be entirely inaccurate. In early 2013, Russian developers presented the world’s first dual-screen smartphone – one screen is an ordinary LCD screen and the other is based on electronic ink, or EPD technology. The YotaPhone received The Best of CES award at the prestigious 2013 Consumer Electronics Show. Six months later, the Russian-made smartphone received the Innovation Lion at the Cannes Lions Innovation Festival. A panel of experts called the YotaPhone the best new product for companies and brands to reach their clients in new and different ways.

Russian companies have also cast a wide net in the energy sector, with products ranging from rechargeable batteries to nuclear power generation technologies. Diakont, for instance, manufactures products that have become a reference point for instruments used to monitor Russian and American nuclear reactors. General Electric, the largest US servicer of nuclear power plants, is currently buying around one-half of its systems from Diakont and gradually replacing its cameras with Russian-made products. Diakont’s MicroCam, which remotely monitors reactor maintenance activities, is considered to be the best in the world in its class. It has increasingly drawn the attention of major market players who are interested in high-quality monitoring of facilities in high radiation zones. 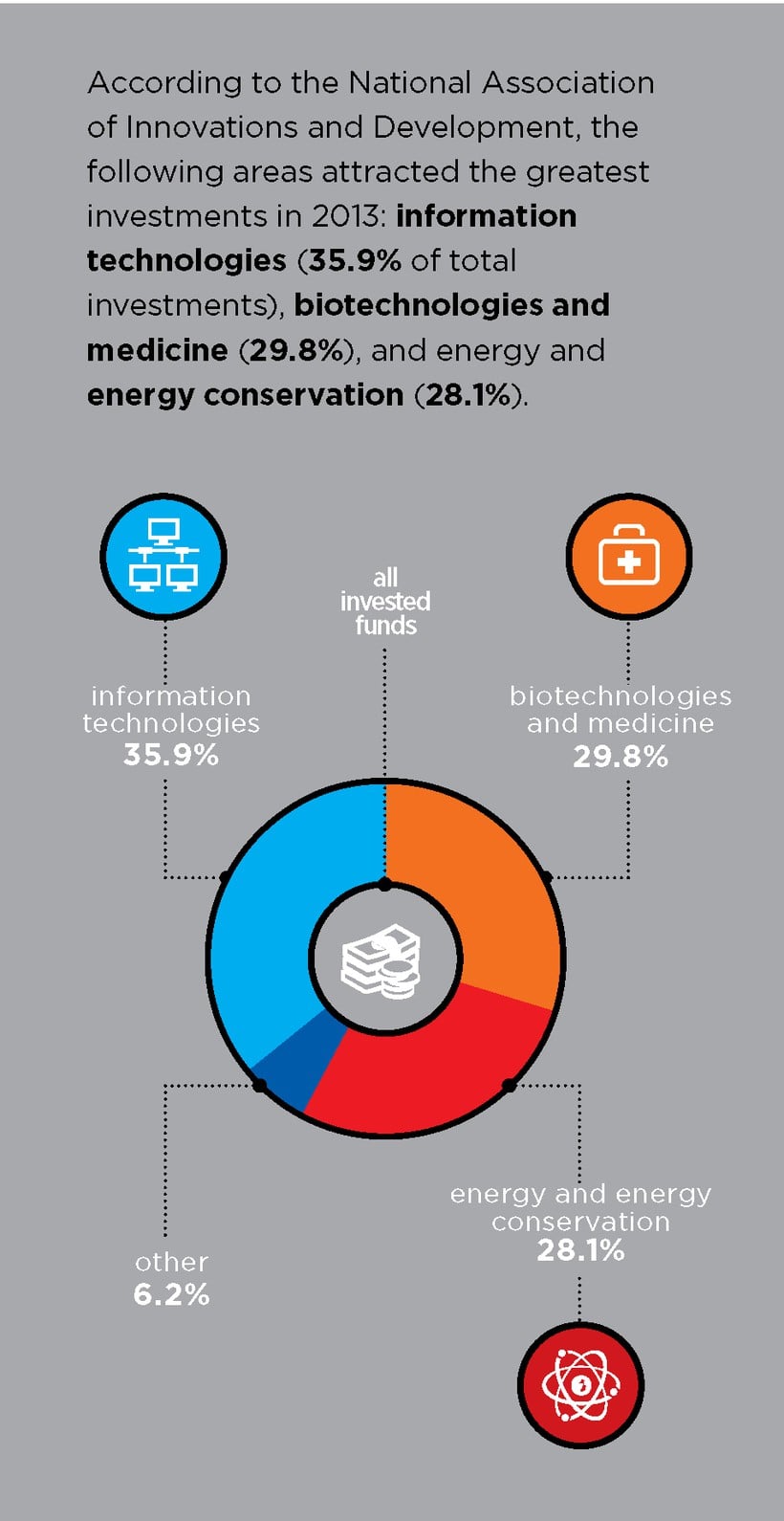 Another Russian company is taking part in two Skolkovo projects to build new energy-efficient electric motors and high capacity rechargeable batteries. Interskol works with dozens of Russian companies and universities, and these collaborations have resulted in the launch and mass production of a butt saw equipped with a brushless motor. It uses up to 30% less energy and increases the tool’s operational life six to eightfold, all while reducing environmental impact.

Schwabe Holding, owned by the Rostec Corporation, has developed an information measurement system based on the MIM-340 laser microscope. It can be used in the optical and semiconductor industries as well as in healthcare. “The entire range of potential of MIM-340 applications is difficult to conceive,” says Andrei Sharavara, an independent lab diagnostics expert. “For instance, it can be used to measure the influence of a specific drug on the human body. All you need to do to run a biological analysis is to launch the software and you will have instantaneous results. It’s one more step toward the future. I am positive the MIM microscope will make dozens of research projects possible, as well as studies on various aspects of human life.”

Russian scientists also created a robotic life support center, which they poetically named ‘Angel.’ Specialists from Splav Research and Manufacturing Company (part of the Rostec Machine Engineering Technologies Holding and a leading manufacturer of metal products and components for mechanical engineering) were involved in its development, along with Moscow State University. According to them, the Angel is a unique device – it is capable of making diagnoses, administering drug injections, supporting a doctor’s decision-making process, prescribing treatments, and even monitoring intensive care patients. The system will prove indispensible in manmade disasters, emergency situations, and even for patients in intensive care who require transportation or whose conditions require close monitoring. 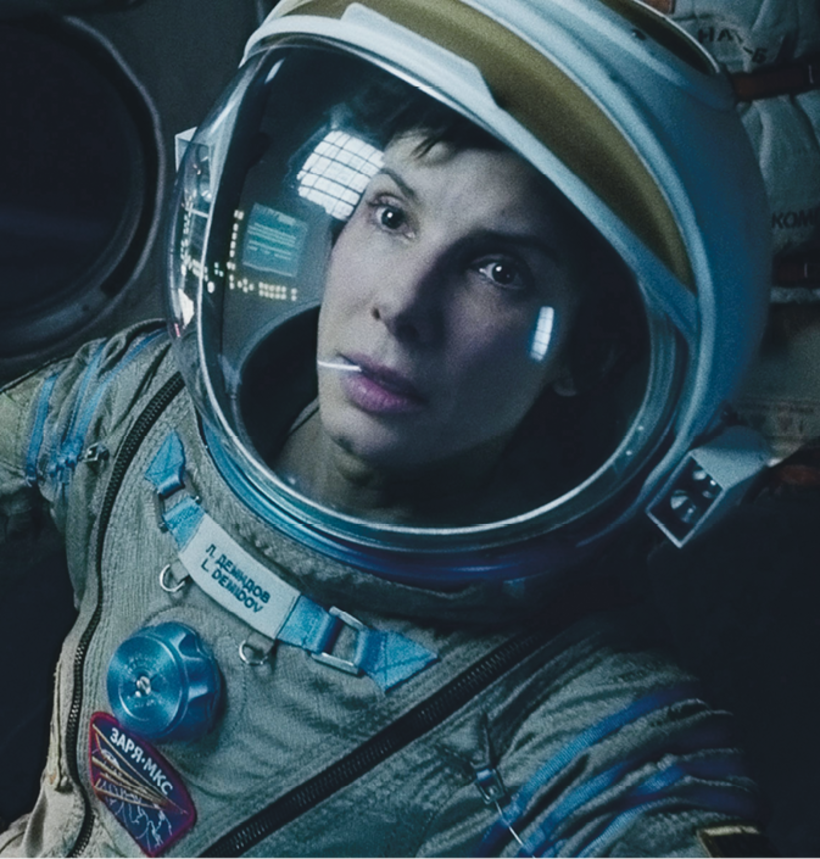 In addition to working miracles, Russian developers even charm Hollywood actresses. The latest product developed by Zvezda, a Rostec business based near Moscow, is the Orlan-MK space suit. These were the suits worn by Russian cosmonauts when the Olympic torch was sent to the International Space Station, marking its first venture into outer space. The Orlan-MK has a built-in computer that transmits data and the suit is packed with other sophisticated electronics, which is why each one costs $11-17 million. These modern space suits can be put on without the help of other crewmembers and the built-in computer can change the length of the sleeves and pant legs. The Orlan-MK was recently used during the filming of Gravity, a major Hollywood motion picture. Sandra Bullock, who starred in the film, called the Zvesda spacesuit a “a real work of art.”

Why, then, have none of these innovators been selected as Technology Pioneers? Perhaps because the rankings apply only to start-ups, which have a long and complicated history in Russia. The roadmap to innovations was first introduced during Dmitry Medvedev’s presidency; today, the latest Russian developments are a result of years, or even decades, of work. It may seem hard to believe, but both Yandex and the Kaspersky Lab have been around for 17 years.

However, the outlook is positive for Russian companies. After the popularity of Korea’s KakaoTalk messenger, Russia’s Telegram Messenger announced plans to translate their app into Korean. Telegram, which was developed by the founder and former CEO of VKontakte Pavel Durov, offers one competitive advantage: all of its data is encrypted. When the Korean government stated that they would track KakaoTalk information to identify the sources of false rumors, Telegram’s popularity soared in Korea. It won’t be a surprise if we see Pavel Durov’s latest project on the next Technology Pioneers list – after all, Russians are famous for accomplishing difficult feats.

The Orlan-MK suits were the ones worn by Russian cosmonauts when the Olympic torch was sent to the International Space Station, marking its first venture into outer space. The Orlan-MK has a built-in computer that transmits data and the suit is packed with other sophisticated electronics, which is why each one costs $11-17 million. These modern space suits can be put on without the help of other crewmembers