Moscow is steering its course toward import substitution. Though the process may be fraught with local crises, it should create new opportunities. BRICS Business Magazine asked representatives of Russia’s business community and the government about how the changing circumstances are going to affect the country’s economy and which industries are likely to catch a lucky break.

RF Minister of Industry and Trade

As a matter of priority, our import substitution policy targets the largest sectors, which are those that fall under production assets manufacturing – such as machine tools building and heavy engineering in the energy and oil sectors – and promising industries – such as robotics, digital production, and additive technologies. These industries in particular will determine the level of technological development in most other related sectors of the economy.

Import substitution will be implemented predominantly through regulatory mechanisms, including stimulating state procurement to purchase domestic products, customs and tariffs tools, and other mechanisms provided for in the existing government programs. Going forward we will be adding new tools as well, which we have included in the ‘Russian Federation Industrial Policy Law.’ This legislation provides for creating an environment conducive to the emergence of new production facilities. It focuses particularly on critical commodities, which needed to be substituted in the first place.

The import substitution policy does not mean that international cooperation will be abolished and all imported products will be replaced with domestic ones. We are talking about developing our own production capabilities, including cooperation with established foreign partners, and BRICS partners in particular, as well as Southeast Asian and South American countries. Naturally, we remain open to investors and companies that are willing to establish production facilities in our country. By the same token, our businesses-seeking opportunities abroad already focus on these regions. We see great opportunities to grow mutual investments, as well as to step-up the transfer of technologies and to increase the turnover of goods.

Import substitution will produce a positive effect on the country’s economy, but it is unlikely to bring about any tangible changes in the standard of living for the general population. Domestic software developers stand to win from this measure, while resellers of imported solutions are likely to lose. There are quite a few funds investing in IT in Russia, such as the Russian Venture Company (RVC), Rusnano, the Internet Initiatives Development Fund (IIDF), Skolkovo, the IT track of the Federal Targeted Programme for Research and Development, ‘Leader,’ and others. So far, these funds have been investing sporadically without focusing on a specific area.

They need to adhere to a single streamlined strategy, which would create an incentive for building new domestic products and promoting existing software development companies.

The economic sanctions, and the attempt to isolate specific companies and even entire sectors of the economy, came as a surprise to stakeholders in the globalization process. The sanctions undermine a system of mutual interest that took decades to build, and demonstrate to everyone, not just the companies that were targeted, how vulnerable the globalization system is in the face of economically damaging political decisions.

The introduction of these sanctions gave rise to a long-term strategy aimed at compensating for economies’ dependencies on external factors. At this stage, it is hard to say where and in what specific manner this strategy is going to be implemented, as well as how successful it will be. However, it has become imperative to opt for import substitution, a strategy that is likely here to stay.

I believe that the goal of import substitution is to improve quality of life and the quality of the economy. In some areas, this policy will have a direct effect; in others, it will require setting up new types of businesses, creating new jobs, and creating new products.

What can realistically be done will become clear in the coming months as proposal details are revealed. In building import substitution programs, it will be vital to maintain a reasonable level of competition and to avoid monopolies and nationalization, while offering a reasonable amount of preferential treatment to local players.

Russia does have competitive production facilities, companies that are evolving proactively and competing on equal footing with imported products both domestically and internationally. Thus far, they have been gravitating predominantly toward the fuel and energy industry, metallurgy, and the chemical industry. We should also bear in mind that there are foreign companies that localized their production facilities in Russia, which are operating in the automotive sector, the manufacture of rolling-stock, the pharmaceutical industry, and a number of other sectors. In the face of economic sanctions, our main goal should be retaining the competitive edge enjoyed by Russian businesses with the help of import substitutions, and not the other way around.

In today’s environment, a complete ban on the import of equipment and components from the countries that imposed the sanctions could inflict critical damage on many sectors of the Russian economy. In the mid-term, these imports will only be partially compensated by import substitutions and partially by fostering economic ties with Asia and other countries.

To increase the production of specific groups of commodities (cattle breeding, for instance), we may have to not only augment the government subsidies in the agricultural sector but also ensure that it operates with greater efficiency. Agriculture needs to adopt innovative operating principles as well as use the best available technologies (taking into account existing industry practices). In a number of sectors, import substitution can be stimulated without resorting to direct import embargoes. This could be accomplished by introducing a requirement to localize production. Goods produced by manufacturers that meet certain criteria could be eligible to qualify as products of Russian origin, while these companies could be granted an opportunity to take part in government procurement processes as well as those of state-owned corporations.

Today, we see the Russian ruble losing its value at an astonishing speed as commodities prices grow. This increases the net cost of finished products and, by extension, drives retail prices up. In the near future, this will most likely cause a bit of a drop in consumption since salaries in Russia are not keeping up with the falling ruble.

Regarding the fats and oils industry in Russia, it actually managed to become independent of imports over the last 10 years without any sanctions. Starting in the 2000s, domestic processing companies and producers made considerable investments to upgrade and expand their capacities and research, which made it possible to reduce the share of bottled oil imports from 28% to 0.2% and that of fats from 49% to 12%.

As for other industries, meat production is expected to grow against the backdrop of Russia’s embargo on agricultural products from the EU. This will drive the demand for soy beans and soy oil meal. For this culture to become independent of imports, the government would need to create realistic mechanisms protecting domestic producers against aggressive dumping by importers, or at least create a level playing field to ensure fair competition.

Changes in the market environment and the search for a new balance are painful things. What is equally important, however, is that this situation works as a powerful impetus for mobilizing our industry. I believe that the agricultural sector will be able to solve the import substitution problem ahead of other sectors (in two to three years). This will be predicated on the preferences of Russian consumers: nearly all of them are backing domestic producers. The second wave (three to five years) will see the military industrial complex adapt to the new environment as it has always relied on Russian resources and domestic design and production capabilities. It will take slightly longer to restore growth in the fuel and energy sector and other infrastructural industries. Whether they can be ‘rebooted’ depends on the stabilization of the energy market.

However, the current crisis offers a great opportunity to bring trade and economic partnerships and cooperation to a whole new level within the BRICS countries, SCO, Mercosur, and other regional and international associations advocating for a stronger multipolar world. 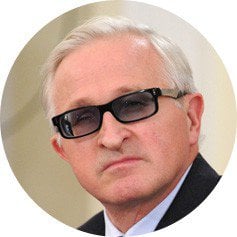 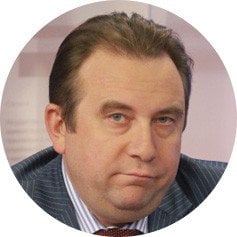 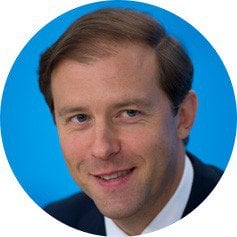 RF Minister of Industry and Trade 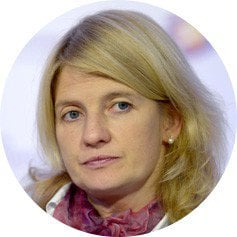 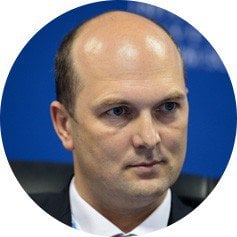