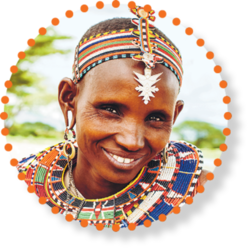 The economies of Sub-Saharan Africa have boomed in recent years. But the headline figures often mask longer-term problems – not least, an over-reliance on natural resources and chronic inequalities. Inclusive, sustainable growth is achievable, but only by tapping the continent’s greatest reserve of energy and creativity: African women and girls.

Health and development experts, economists, non-governmental organizations, United Nations agencies, and banks agree that the key to unlocking Africa’s potential lies in expanding women’s education, freedom, and job opportunities. Today, many African women are not only expected to fulfill traditional roles, such as raising children and caring for the elderly; they also face legal and social discrimination regarding land and property ownership, inheritance, education, and access to credit and technology – in addition to oppressive sexual mores and violence.

Yet gender equality is necessary for the continent’s well-being. Consider the pressing issue of food security. Women comprise half of the agriculture sector’s workforce, growing, selling, buying, and preparing food for their families. Studies suggest that equal access to resources would increase farm yields by 20-30%, offsetting the effects of drought and climate change. Access to education, capital, markets, and technologies would allow women to process, package, and market their products, especially for Africa’s growing middle class, bolstering both earnings and food supplies.

Agriculture is but one example. Greater female participation in male-dominated occupations across the board would increase overall labor productivity by up to 25%. The same is true of politics, where more female participation and leadership would improve governance and public services, as promising experiences in some parts of Africa and elsewhere have shown.

The first step to improving conditions for women must be to strengthen their sexual and reproductive health and rights – an issue concerning which Africa has some of the world’s worst indicators. Simply put, women must be allowed to decide, free of coercion or violence, about their sexuality and health; if, when, and whom to marry; and whether and when to become a parent. This cannot happen without providing women and girls with the information, education, and services they need to make their own decisions.

Sexual and reproductive health issues exact a huge yet largely avoidable toll on African women, their families, and communities. The costs usually strike in the prime of women’s economically productive lives, devaluing their future contributions to society. At the extreme, more than 400 African women and girls die every day during pregnancy or childbirth, scarring families and plunging surviving children into hardship.

Many of these deaths are caused by the estimated five million unsafe abortions carried out annually in Sub-Saharan Africa. The cost to society in lost income from death and disability is nearly $1 billion. Almost all of these deaths occur in countries with restrictive abortion laws, which African leaders should consider reforming as a matter of common sense and social justice.

A prime focus should be on protecting the most vulnerable – adolescent girls. More than one-third of African girls marry before the age of 18, which threatens their health, truncates their education, and lowers their aspirations for the future. They are also more likely than older women to die of birth-related complications, and are more prone to abuse. Though most African states outlaw early or forced marriages, enforcement is weak.

Yet gender equality is necessary for Africa’s well-being. Consider the pressing issue of food security. Women comprise half of the agriculture sector’s workforce, growing, selling, buying, and preparing food for their families. Studies suggest that equal access to resources would increase farm yields by 20-30%, offsetting the effects of drought and climate change. Access to education, capital, markets, and technologies would allow women to process, package, and market their products, especially for Africa’s growing middle class, bolstering both earnings and food supplies

African girls are also disproportionately vulnerable to contracting HIV. Roughly 90% of the world’s pregnant women and children with HIV live in Africa, and, despite notable recent reductions in HIV transmission rates, adolescent girls are still more than twice as likely as boys of the same age to carry the virus. Yet barely a third of young Africans know how to prevent HIV – another reason for urgent and comprehensive sexuality education.

Another epidemic afflicting African women is violence, all too often perpetrated with impunity. Sexual violence is used as a tactic of war. But it is also a disturbing feature of home life; 37% of African women report having been abused by their partner. In the case of female genital mutilation and child marriage, such violence is culturally sanctioned. We must change laws, judicial systems, and attitudes that exonerate the perpetrators, and we must provide help to victims.

Attitudes can change. Contraception, for example, was once a contentious issue. Today, most African leaders accept it as an important, cost-effective investment and as part of their countries’ economic-development strategies. Basic family planning in 16 Sub-Saharan countries could save more than $1 billion in education costs alone. The number of maternal deaths could fall by one-third, saving millions (in developing countries overall, maternal and new-born health-care savings could reach $5.7 billion). However, the sad reality is that, despite support from various development partners and donors, assistance for reproductive health care and family planning fell by half in the last decade.

The compounding benefits of ending legal, economic, and gender discrimination are vast. Healthier, wealthier, and better-educated women tend to produce healthier, wealthier, and better-educated families, because women typically invest more of their earnings than men do in their children’s wellbeing. With the continent’s population forecast to double by 2050, there is hardly a better time to invest in women and girls. It is as much an economic as an ethical argument. 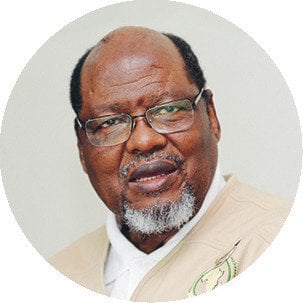