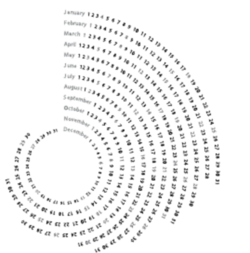 All great achievements start with a dream. It is quite natural that 20 to 30 years of unprecedented global economic and political tensions have made us focus all of our attention on the present, while the sheer scale of uncertainty constrains our imaginations. Still, we decided to dream a little – if we were to imagine the BRICS countries in 2030, how would they look?

The BRICS of 2030 has become the leader driving a global agenda to tackle universal challenges. The BRICS countries jointly implement initiatives to overcome hunger, poverty, and climate change, and to preserve the planet’s resources for future generations. They develop infrastructure to reduce inequality and ensure a better quality of life for the planet’s growing population, including access to education and healthcare.

In 2030, the BRICS countries are natural leaders driving these processes. First of all, these countries have unprecedented economic, human, technological, and political capacities. Second, in addressing universal problems, these countries address their own problems as well.

The first quarter of the 21st century will witness a significant change to past practices, when a club of countries handled problems that they had never faced and assisted those with whom they had no ethnic or cultural ties. A time of competent and responsible leadership is upon us.

Looking back, we should identify the key factors that enabled BRICS to come of age and successfully assume this role. By 2015, the leaders of the five countries and progressive public representatives had already reached a clear consensus that it would be impossible to accomplish any qualitative changes in the role of the BRICS countries without the involvement of the broader public, both within the countries themselves and their respective geographic regions.

This understanding became the point of departure for formulating the following five key areas for integration initiatives: business, regional leadership, innovation, culture, and sustainable development. It has only been 15 years since the so-called Ufa Consensus was adopted, but the results achieved in that short period of time are truly impressive.

The BRICS countries are now home to one-half of the world’s largest companies. However, the organic growth of the collective BRICS economies was not sufficient in and of itself – the definitive factor for success was the establishment of joint trans-BRICS corporations and the acquisition of leading companies from the West. The BRICS countries are among each other’s top 10 trading partners.

The digital revolution enabled the BRICS to get small and medium companies, as well as individual entrepreneurs from the ‘Big Five,’ involved in joint projects dealing with finance, information technology, biotech, and pharmaceuticals. This sector accounts for nearly 30% of the entire turnover between the BRICS countries, which consistently remain among the top 10 in international rankings of competitiveness, innovation, and ease of doing business.

The three largest cities in each of the five countries have direct air service operating between them daily. Business schools in the BRICS nations work jointly under universal standards providing global business leaders with skills and competencies required for success in the BRICS. ‘Made in the BRICS’ has become a ubiquitous and highly respected mark of quality and a symbol of consumer confidence.

The BRICS countries are employing the same approaches to leadership and responsible partnership in their own home regions. The transport, energy, industrial, and social infrastructure, as well as the centers of science, culture, and education, that were created using the BRICS countries’ joint resources made it possible to significantly intensify the social and economic development and interaction between Africa, Eurasia, Southeast Asia, and Latin America.

Each of the five countries acts as a regional leader and a competent and responsible conduit of the BRICS in the countries of their region. The fact that these initiatives are based on partnership rules out the risk that one single country’s agenda could prevail over others and ensures that the interests of all participants are well balanced.

By 2030, universities of the BRICS countries comprise one-half of the world’s top 100 educational institutions and the five countries are consistently blazing new trails in terms of the number of Nobel Prize winners and nominations, which are often represented by entire teams of scientists working closely together.

Moreover, innovation is no longer viewed as the capacity to produce newer and newer models of technological devices; rather, it is viewed as the ability to forge solutions to problems faced by all of mankind. The defining principle behind BRICS innovations is to create business models and tools that are universally attainable and designed to improve the standard of living, health, and education for everyone on the planet.

It is hard to believe that the BRICS countries were perceived as a culturally disparate club only 15 years ago. During this short period, the Annual BRICS Festival of Culture has become synonymous with an unprecedented rise of culture, perhaps only comparable to the Renaissance. It encompasses literature, cinema, theater, and fine arts while simultaneously synthesizing the ethnic identities of all nations and the unity of progressive values. It has truly become the planet’s main cultural event.

The rapprochement between the cultures of the BRICS nations started when the best literary works by authors from the BRICS countries were included in the respective school curricula of these countries. Streamlined educational standards and mutual recognition of degrees and diplomas, as well as a joint program of scholarships and grants, enabled students to spend six months to a year studying in each of the five countries, which over the last ten years, eventually produced the so-called ‘BRICS Generation.’ The unprecedented level of cross-fertilization between the different cultures created an environment conducive to implementing a new paradigm that synthesized various views as to the role and the development of the human being and society.

By 2030, principles of sustainable development have become a fixture not only in programs offered by universities and business schools in the BRICS countries, but also in the performance assessment systems used by the governments and various corporations of the five nations. Responsible land farming and use of resources, fair labor conditions, environmental awareness, the priority of human health and well-being – all of these notions are no longer treated as mere values.

By 2030, these ideas have become part of a complex and well-balanced management system ranging from decision-making criteria in investment projects to ways of exercising control over the activities of organizations. These efficient measures enabled the BRICS countries to reach the level of the top 30 countries in the Human Development Index and reduce CO2 emissions by 20% compared to 2015 levels when the Ufa Consensus was signed. All of it became possible despite the exponential rate of economic growth within these countries.