Developing in the Dark 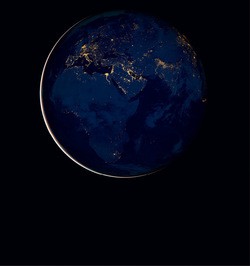 Sixty percent of Africa’s population live in the dark – they simply do not have access to electricity. The remaining 40% experience power blackouts almost weekly. Yet the kilowatt-per-hour cost is twice as high in Africa as in other developing economies. In an interview with BRICS Business Magazine, Zola Tsotsi, Chairman of the Board of Directors at Eskom Holdings – a company that supplies electricity to nearly half of the African continent – talks about how his team is trying to overcome this serious problem.

Over the last decade or so Africa has been a big growth story in terms of GDP and electricity consumption. What is the current supply-and-demand situation on the continent?

Clearly, in the meantime, the demand generally far outstrips the supply. This is simply because the resources in Africa are not available to generate enough power to satisfy the market. In many African countries it boils down to the lack of investment in power generation and infrastructure. But also there is the issue of affordability of electric power from the consumers’ side where the consumers cannot support such an investment.

It leaves the governments to take the responsi-bility for supplying electricity. And then again there are clear problems here as many African governments have quite limited ability to invest as they don’t have sufficient tax revenues to create this infrastructure to support the population with electricity supply.

Specifically, what is the situation in urban Africa?

When we come to urban environments, a lot of the African cities have experienced a decade of poor maintenance and lack of renewal of the infrastructure. So, it is becoming more difficult to provide the supply.

Then of course you have got a problem of rural populations moving to urban areas seeking employment. You know, municipal authorities have not been taking time to create and improve infrastructure to make a certain quality of electri-city supply more regular.

Of course, the individual countries on the continent vary in the way they deal with this matter because they have different demands for power due to the size of the economy, quality of the infrastructure, investment capacity, and so on.

How has South Africa been doing?

When you come to South Africa what you find is that there has been a steep rise in demand for electricity over time. But, unfortunately, the government was not quite on time in taking the decision about improving facilities and infrastructure for generation to make sure we can meet future demands. Thus, of course, what happened because of the delay was that the demand began to outstrip the supply.

When did it happen?

The reduction of our reserve margin was neither an event nor an overnight phenomenon. It was a gradual process that peaked in the years 2007–2008. At this stage the country had decided that Eskom should proceed with the development of additional electricity infrastructure. We are currently in the middle of the construction of two big coal-fired power stations of around 4,800 megawatts (MW) each. They are located in the northern and the eastern parts of the country. Until the two power stations come on stream the country continues to operate under a very tight electricity system – requiring a fine balance of demand and supply. This has resulted in a strong focus on demand-side management. 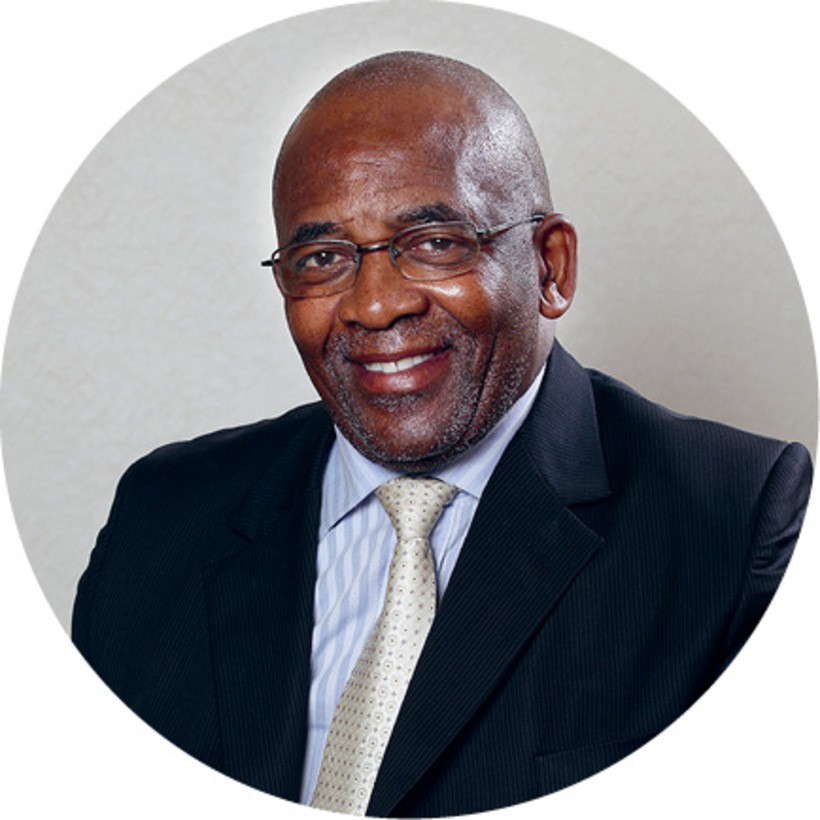 Beyond managing the demand side, Eskom is promoting a major power-saving agenda. Is that enforced by the government?

Eskom has the responsibility to keep the lights on. And I am happy to say that we have fulfilled our mandate and there has not been any load-shedding since April 2008. Demand-side management inter-ventions encourage customers to use electricity more efficiently, so reducing the gap between supply and demand in the short to medium term. Also known as ‘integrated demand solutions,’ these initiatives support national security of supply and minimize the negative economic implications of a power shortage on the country.

Eskom is a state-owned company. Is it your decision as to where to invest your money?

Yes, it is, but it is recovered through our tariff structure which is determined by our energy regulator. This is called the Multi-Year Pricing Determination process. I guess one could say that we are doing the investment on behalf of the country. The returns on such investment have to be looked at in terms of the cost of unserved energy for the South African economy.

Before we started to build the new capacity, all the generation that we had had been amortized already and paid for. That meant our generation costs were very low. Thus the returns you were getting out of the generation business – because we could keep our tariffs affordable – are not what you would call cost-reflective tariffs. Thus an investor cannot sustain investment in an Eskom facility, because it will give him probably a return of 4% to 6%, because of the fact that our tariffs are not cost-reflective.

Eskom Holdings Limited (Eskom) is South Africa’s largest vertically integrated state-owned energy holding, with its headquarters in Johannesburg. Its power generation, transportation and distribution capacity accounts for nearly 95% of South Africa’s total, and 45% of the total across the entire continent.

As of the end of the fiscal year 2012 (up to 31 March 2013), Eskom’s total installed generation capacity (based on 13 coal-fired power stations and one nuclear power station) was estimated at 41.9 gigawatts. It manages a network that spans 373,280 kilometers, and its customer base includes nearly five million retail and industrial consumers.

Now Eskom is building new plants. And for those facilities, in order to be able to recover the investment, we can put the tariff up. That means a reasonable return that investors can get. So it is only now that investors are starting to talk and asking how they can come in, what the terms are, etcetera.

Then what the government has done is that it has opened up the renewable energy market and has begun to set up the near cost-reflective tariffs. What investors are seeing is a new opportunity to invest in this sector and be able to get the returns that were not possible before.

The proportion of total output from renewables is still very small. For example, the wind that is open now is around 1,400 MW, out of a total capacity of 4,4000 MW in South Africa. It is a small but real entry by the private sector into the electricity market.

Despite being the largest producer and the major exporter of electrical power in Southern Africa, Eskom buys a reasonable amount of electricity from neighboring countries such as Zambia and Mozambique. Why? How does the regional market work?

The SAPP is based in Zimbabwe. They do the trading on a daily basis. The costing of the power is determined by mutual agreements by all of the countries.

So there is a power pool that enables this kind of interconnectivity and supplies the power to the different parts of those countries of the region. Also don’t forget we actually need as much power as we generate at home.

Then why participate in such a mechanism, instead of focusing on supplying your own demand?

There are political reasons why it is important for South Africa to make sure that the other countries around do not collapse. It is a political decision to support the neighboring countries by keeping the supply safe and steady.

Are there similar arrangements in other parts of the African continent? Are they effective?

Today the arrangement of this kind that is most effective is in Southern Africa, which is the most developed part of the African continent. In other parts of Africa there are also similar arrangements, such as COMESA, West African Power Pool, and others. But because of infrastructure limitations they are not as developed as SADC and SAPP.

Does Eskom have the motivation – and the capacity – to expand farther north in the African continent?

We would want to make sure that Southern Africa does as much supply as possible. The problem there is that we need to have a source that is sufficiently robust to be able to keep these things sustainable. So, as part of the SADC region, there is the Democratic Republic of Congo, where you have a potential of massive hydropower development. The Inga project can literally supply all the African needs outside Southern Africa, because you can get potentially a first phase of 40,000 MW – roughly equivalent of 20 nuclear power stations – to feed electricity to the rest of the African continent. But the will to create this project is really what the difficulty is.

You mean the political will?

Exactly – the political will and also the investment risks that are entailed in doing the investment by either the private sector or institutional investors. That is a challenging problem. But I think the SADC governments are beginning to come to grips with how they can deal with that, trying to support the project by reducing the risk profile, by creating the political stability that is required to get those projects off the ground.

That is one solution to the Africa-wide problem. But of course there must be a supportive infrastructure so that the power can be delivered to all those different places. The backbone that exists in the African continent has to be strengthened substantially.

There is a reasonable backbone from Central Africa to East Africa. But we have to create a solid backbone on the way up to the north of the continent. I mean up to Cairo, up to Egypt. If you can do that then you can distribute power as you go along throughout East Africa to West Africa. That will be the main thrust. But the issue with cross-border transmission is who is going to make this investment?

So, these are not easy-to-solve problems. The potential is there for these things to be done. But it needs a will from the countries to make the investment for their own downstream benefit, because some of them are very poor. Take a country like the Central African Republic, for example. I mean, for them to invest in electricity infrastructure is going to be a huge problem. They can hardly feed their people. It is a very serious challenge that Africa is facing. 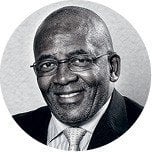 Chairman of the Board of Directors at Eskom Holdings