Shifting eastwards, Europe must be smart, acting as a single force rather than sticking to bilateral agendas.

For the first time in centuries, the focus of the global economy is shifting to the East. The United States has commenced its ‘pivot’ to Asia, and its relations with China, in particular, seem constantly to be flirting with Thucydides – the historical pattern that suggests that a rising power will inevitably collide with a reigning power. But, with the U.S. and China regarding each other warily in the foreground of world affairs, where does Europe fit in?

The European Union is at a critical historical juncture, one that demands its own pivot eastward – a coherent and decisive Asian strategy that builds on Europe’s strengths. Although the E.U.’s population is only one fifth the size of that of China and India combined, and its military presence in Asia is minimal, its €12.6 trillion ($16.8 trillion) economy is the world’s largest.

This has not gone unnoticed by Asia’s governments, which are heavily dependent on economic growth to meet their young and growing populations’ demand for jobs and prosperity. Currently, Asia is the E.U.’s main trading partner, surpassing North America and constituting one third of its total trade. Trade with China alone is worth more than €1 billion per day, second only to trade with the U.S.

Moreover, the E.U. has a somewhat paradoxical asset at its disposal: it is not a Pacific power and does not carry the burden of great-power status in Asia. Far from being a weakness, this is precisely the source of the E.U.’s potential strength in Asia, for it provides a degree of diplomatic agility that the American heavyweight cannot muster.

In attempting to execute its strategic pivot, the U.S. is haunted at virtually every turn by its status as a historical hegemon, a military power, and the guarantor of its Asian allies’ security. Even when rebranded as a ‘rebalancing,’ America’s eastward shift is inevitably met with suspicion by some Asian countries, particularly China. Europe, by contrast, can use its agility to perform a ‘smart pivot.’

The E.U. must engage with Asia on at least three mutually beneficial fronts, with trade being the most important. The trade-liberalization agreements that the E.U. has in the pipeline with Asia’s vibrant economies (including South Korea, Singapore, Malaysia, India, Vietnam, Japan, and Thailand) are more ambitious in scope than previous bilateral deals. As large-scale regional free-trade arrangements take shape, the E.U. continues to signal unequivocal commitment to free trade through sophisticated bilateral agreements.

Economic relations between states foster interdependence, decreasing the risk of conflict. But if conflict does erupt, the cost is far higher. When the territorial dispute between Japan and China over the Senkaku/Diaoyu islands flared anew last year, Japanese auto exports to China plummeted 80% in just three months

But trade flows are vulnerable. Of course, economic relations between states foster inter-dependence, decreasing the risk of conflict. But if conflict does erupt, the cost is far higher. When the territorial dispute between Japan and China over the Senkaku/Diaoyu islands flared anew last year, Japanese auto exports to China plummeted 80% in just three months.

Herein lies Asia’s specific paradox: a high level of economic integration has not given rise to regional institutions that can support the stability required for sustained prosperity. Instead, Asia remains deeply scarred by unsettled disputes, periodic fits of nationalism, and contested borders, all of which tend to be amplified by apprehension stemming from the asymmetric rise of some of its powers.

Regional integration is a recipe for long-term stability in Asia, and a second line of engagement for the E.U. In Europe, once torn apart by war, armed conflict among E.U. member states is now almost unthinkable. The E.U.’s institutional architecture facilitated the pivot from devastating and recurrent wars to peace and prosperity.

But creating that architecture is a daunting task, which has taken Europe decades and is still ongoing. Successive quandaries and crises have revealed the flaws in the E.U.’s institutional design, and each (painstaking) upgrade has made the European project that much stronger. With no hint of paternalism, and recognizing its status as a work-in-progress, the E.U. should increase its engagement with Asia’s existing structures and lend its know-how where possible – for example, in ASEAN’s shift toward a three-pillared design (political-military, economic, and socio-cultural) by 2015.

On the global front, the E.U. and China may find themselves to be natural partners on key issues. China is facing increasing pressure (particularly from the U.S.) to assume a global political role that corresponds to its economic weight. Here, China could find an excellent partner in Europe, either in a G3 format with the U.S. or in focused bilateral cooperation.

Consider the Middle East. China and Europe might find common cause in the vacuum left as America’s domestic energy revolution weakens its commitment to the region. As China’s reliance on Middle East energy resources grows – 90% of the region’s oil exports will go to Asia by 2035 – the need to deepen engagement with oil-producing states will become more acute. Europe, the Middle East’s experienced neighbor, could be China’s strategic partner in this endeavor.

Japan is another Asian giant regaining confidence, following Prime Minister Shinzo Abe’s energetic stimulus program. As Japan takes unprecedented trade-liberalization steps in the Trans-Pacific Partnership negotiations with the U.S. and other economies in Asia and the Americas, and boosts its regional engagement, Europe must maintain its strong ties with the world’s third-largest national economy. The ambitious bilateral trade agreement now under construction is expected to boost exports in both directions by up to one third.

In any comprehensive strategy for engagement with Asia, the E.U. is only as strong as its parts. Though country-to-country engagement with Asia’s rising powers may be tempting, and while China often prefers bilateral dealings, renationalization of E.U. members’ foreign policies would be counterproductive. A thickly woven cord is needed to keep Europe reliably anchored as it points eastward, whereas separate strands would withstand only a limited degree of strain in the turbulent years ahead.

Javier Solana is President of the ESADE Center for Global Economy and Geopolitics. He has also served as the E.U. High Representative for Foreign and Security Policy, as Secretary-General of NATO, and as Foreign Minister of Spain. 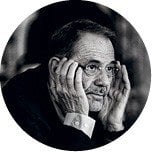 President of the ESADE Center for Global Economy and Geopolitics, former Secretary General of NATO