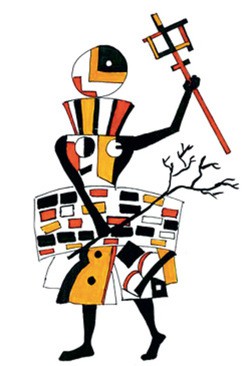 To survive in Africa during the ‘post-extraction era’ one needs to place greater emphasis on education, says Dr. Ndubuisi Ekekwe. And that is precisely why he is currently building a technological institute in Nigeria, slated to become Africa’s answer to MIT.

Africa is undergoing a tremendous transformation, with an expanding middle class supported by the world’s continuous quests for minerals, hydrocarbons and commodities. Its economic roadmap and developmental trajec-tory are driven by the pockets of structural, macroeconomic, political and microelectronics reforms which are evident in most economies. Yet the continent’s future and growth models remain solidly tied to commodities and therefore open to associated global trade shocks and cyclical welfare impacts.

Without decoupling itself from these present growth drivers by redesigning its economy and making it knowledge driven, the sustainability of the new-found optimism cannot be guaranteed. With underperforming universities, with only three in the global top 400, it has more questions than answers – since new technologies are disrupting commodities in the international arena. As United States shale gas production continues to increase, and more people buy electric vehicles, the currently dwindling crude oil revenue in nations like Nigeria could be permanent.

For a sustainable, stable, hopeful and prosperous Africa, planning for a post-mineral era is very important. Education provides the opportunity to do that as it will help restructure the economy to be competitive in key industrial sectors in the coming years. Unfortunately, in quality and quantity, tertiary education in Africa has structural challenges which must be fixed. Despite secondary-school enrollment increasing by 48% from 2000 to 2008, access to university education remains limited.

Every year about ten million individuals take tertiary education entrance exams in Africa. Unfortunately, due to limited space, less than 1.5 million applicants are accepted. The continent currently has fewer than five million students in its tertiary four-year institutions, despite having three times the population of the U.S., which has 21 million students. With access such a problem, Africa’s working-age population interested in furthering their education – estimated at 50 million people – cannot do so.

Education drives technology – the gunpowder of the 21st century. A nation that cannot create new ideas and intellectual property will never lead. For Adam Smith, it was the wealth of nations; in our time, it is the technology of nations – because technology is wealth. Sometimes, when international tech companies go public, the value created exceeds the GDP of whole African countries. This tech innovation paradigm is the roadmap of the future, as knowledge becomes a key element ahead of the traditional factors of production. It implies that Africa could accelerate development if it invests in innovations with the potential for such IPOs, rather than by leasing more oil wells.

As a graduate student at Johns Hopkins Univer-sity, I saw how a university could improve its community and nation. Over the years, I have visited more than 82 African universities, organizing workshops and observing their problems. I have seen the challenges of poor academic curricula, unprepared faculty, inadequate infrastructure and poor governance. With no reform in place, and after all considerations, I felt the best way to fix the problems would be to start a new university. First Atlantic University, to be located in Nigeria, is a 21st century African university with an in-campus technology park. Our expectation is that its gradua-tes will position Africa competitively through entrepreneurial innovation, technical excellence, and world-class management capabilities. They will measure up on three metrics – Entrepreneurship, Citizenship and Employability – while seeding a ‘new economic layer’ in Africa. Inside this univer-sity and technopark we plan to seed capabilities in information and communications technology, energy efficiency, health, mineral processing and agriculture, which will lead to start-ups that will become the global champions of the decades to come.

For a sustainable, stable, hopeful and prosperous Africa, planning for a post-mineral era is very important. Education provides the opportunity to do that as it will help restructure the economy to be competitive in key industrial sectors in the coming years

First Atlantic will provide university-level edu-cational opportunities in a hybrid of physical and satellite campuses with online components. It will give Africa’s middle class the ability to pursue their full-time careers and still acquire higher learning. We will be the first pan-African university to use online and video technologies to expand univer-sity access.

The African education space is evolving, with stakeholders evaluating the roadmaps of online resources and massive open online courses (MOOCs). MOOCs have a role in Africa, but cannot replace a physical campus – just as having Disney videos has not stopped parents from sending their kids to pre-schools. Even with Wikipedia and great textbooks, students have always needed tutors. Africa’s path to a knowledge economy will not be driven by assumptions that watching a video with no lab to practice in will produce better engineers or nurses. It is certainly wrong to think that even the most esteemed researchers can scale their MOOC lectures to take into consideration the specific contexts and individual readiness of their students. MOOCs deliver information, not education. That is why we are establishing a physical campus, and will adopt emerging tools where necessary.

Higher education is playing a crucial role in the modern world due to the changing economy, as knowledge continues to supplant physical capital as the source of present and future wealth. As a source of ideas and innovation, higher education is the main bastion of the continued economic viability of any continent.

We have set this strategic goal of a university to concentrate African intellectual capital into stimulating the development of breakthrough ideas. It provides a huge investment opportunity as the middle class expands, with more people seeking to attend college. We are now looking for the international investors who will take this opportunity to help seed the future of Africa.

Dr. Ndubuisi Ekekwe is President of the First Atlantic University. 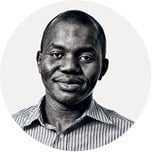 President of the First Atlantic University