The wave of public unrest that engulfed Latin America came as a logical consequence of the problems caused by the rapid economic growth of the region’s countries.

In 2011 and 2012, tens of thousands of students demonstrated in Santiago, Chile, demanding greater access to higher education. Earlier this year, hundreds of thousands of Brazilians marched in São Paulo, Rio de Janeiro, and Belo Horizonte, calling for improved public health services, better schools, and cheaper, more efficient public transport. And Colombians and Peruvians from all walks of life (especially peasants, farm owners, and mineworkers), as well as Mexican school teachers, occupied the centers of Bogotá, Lima, and Mexico City, disrupting inhabitants’ daily lives and creating serious problems for the authorities.

These countries, once models of economic hope and democratic promise in Latin America, have become examples of democracies without legitimacy or credibility. Although they have made significant social progress in recent years, they have become centers of popular unrest. And their presidents, despite their undeniable competence, are watching their approval ratings plummet.

These paradoxes are both perplexing and revealing. For starters, they reflect an economic growth problem. Chile’s economy has performed well over the past two years, despite low world copper prices; but its annual growth rate is nowhere near that of the previous 25 years. The economic balm applied to old social and cultural wounds is losing its effectiveness.

Similarly, while Brazil’s economy remained relatively resilient after the 2009 recession, growth slowed almost to zero last year. Growth rates last year in Colombia and even Peru, which has performed better than any other Latin American country since 2000, also dropped significantly. And Mexico, the worst-performing of the five economies over the last 15 years, has outdone itself; this year, growth is expected to reach barely 1%, if that.

At the same time, while all of these countries built the political and judicial institutions needed to consolidate their transitions to democracy – from Brazil’s in the mid-1980s to Mexico’s in 2000 – these institutions have become (and in some cases always have been) remarkably insulated from popular demands. As a result, the protests took these countries’ seemingly responsive presidents by surprise.

Chile, Brazil, Mexico,Colombia and Peru, once models of economic hope and democratic promise in Latin America, have become examples of democracies without legitimacy or credibility. Although they have made significant social progress in recent years, they have become centers of popular unrest. And their presidents, despite their undeniable competence, are watching their approval ratings plummet

As the Chilean economist and politician Carlos Ominami put it: “The children of democracy have become the prime movers of change; the social movement they represent lacks political leadership, and the country’s political forces have practically broken off all their connections to the social world.”

This year, Chile will hold its sixth consecutive democratic election, with two women – former labor minister Evelyn Matthei and former center-left president Michelle Bachelet (both daughters of high-ranking military officers) – currently leading in the polls. Whoever wins will have to choose between deeply transforming Chile’s institutions and letting social unrest spin out of control.

Brazil faces a similar trial, as next year’s soccer World Cup and the 2016 Summer Olympics test the resilience and adaptability of the social and macroeconomic frameworks that have shaped the country’s development for almost two decades. To be sure, proactive anti-poverty programs, loose credit, a commodity-export boom, and heavy government spending (financed by an equally heavy tax burden) lifted millions out of poverty. But the expectations of the emerging middle class – including efficient infrastructure, high-quality education and health services, and well-paid jobs – have not been met. If they cannot even enter the luxurious new stadiums to see their national team play, they will not be happy.

Similarly, although Mexico has experienced rapid population growth and significant standard-of-living improvements over the last 15 years, many believe that they are not getting what they deserve – or what they were promised. Teachers are furious at being blamed for the wretched state of the country’s education system and view Peña Nieto’s ‘educational reform’ law as an excuse to limit the power of their unions while avoiding genuine institutional reform.

Mexico City’s middle-class residents – who wield disproportionate influence countrywide – are also incensed, both at the teachers for disrupting their lives and at the federal and local authorities for failing to restore order. Against this background, the credibility of Mexico’s political institutions is rapidly eroding.

But there is a more fundamental issue at play that stems from the accumulated imperfections of representative democracy in countries where social and economic conditions are less than ideal. When post-authoritarian excitement abounded and rapid economic growth prevailed, these imperfections were manageable; now, with the former fading and the latter a memory, they have become immense challenges.

This problem transcends Latin America. As observers like Joshua Kurlantzick have pointed out , a global shift away from representative government, driven by increasingly disillusioned middle classes,
is underway. For elected leaders, the dilemma is that there are no simple solutions – and little public patience for more complex ones. 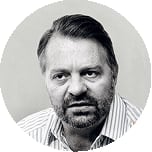