The Power of Knowledge

The business index, the environmental efficiency index, the corruption perception index – the world has long grown accustomed to using various ranking systems to assess countries. The international ranking systems for universities that have emerged over the last decade have given us the chance to look at countries from an educational perspective. Alexei Chaplygin looks at the standing of the BRICS countries in these ‘league tables’ and explains why Russia needs its own global university ranking system.

In today’s world there are three in-disputable leaders in the global university ranking industry: the Academic Ranking of World Universities (ARWU), also known as the ‘Shanghai ranking’; Quacquarelli Symonds (QS); and the Times Higher Education (THE) World University Rankings. In 2014 these will be joined by another, developed by the E.U., called U-Multirank. There are also territorial ranking systems that focus on groups of countries, and rankings based on specific subject areas. We can compare the clout and relevance of top-level national education systems in the BRICS countries by looking at the presence and standing of their universities in global rankings.

ARWU prioritises universities’ success in state-of-the-art research. The BRICS countries enjoy similar standings in terms of the number of their universities included in the Shanghai ranking –with the exception of China, whose universities vie for higher positions.

The success achieved by Chinese universities in this system is clear and legitimate: the ranking was initially developed by Shanghai University specifically as a tool to benchmark China’s academic institutions against the world’s leading universities. As Nikolay Kudryavtsev, rector of the Moscow Institute of Physics and Technology (MIPT), aptly noted in an interview with Izvestia, “Initially any ranking system has underlying political considerations. … It is just like playing a football match on your home field.”

Although Russia is the only BRICS country with a university in the ARWU top 100 (the Lomonosov Moscow State University – MSU), only two Russian universities make it into the top 500. And that is why, amongst the BRICS, Russia is ahead of only India. In the last three years, only one university from India was included in the top 500, but there were 42 from China, six from Brazil, and three from South Africa.

In the QS rankings, China enjoys the highest standing of all BRICS countries. The best of its universities, Peking and Tsinghua, have held positions in the top 50 for several years. Brazil has shown a positive dynamic, with the country’s best university – São Paulo – managing to climb from 207th position in 2009 to 127th in 2013. South Africa also boasts some significant successes.

Russian institutions have shown some improvement in their QS rankings as well. Despite the fact that the country’s leading university (MSU) keeps dropping, year after year – reaching only 120th position in 2013 – other Russian universities have managed to climb the rankings. Saint Petersburg State University’s positions in 2011, 2012 and 2013 were 251st, 253rd and 240th respectively. In those years the Bauman Moscow State Technical University (MSTU) ranked 379th, 352nd and 334th, and Novosibirsk State University 400th, 371st and 252nd. It should be noted that in 2013 four Russian universities were included in the QS rankings for the first time.

In the rankings maintained by Times Higher Education magazine, it is still universities in China that lead the BRICS. The highest-ranking BRICS institution, Peking University, climbed one position to 45th place in 2013. While not a single university from the other BRICS countries has ever made it into the top 100, China has two universities in this group: Peking and Tsinghua. The country has also maintained a stable number of universities in the top 400: ten in 2011, nine in 2012, and ten again in 2013. 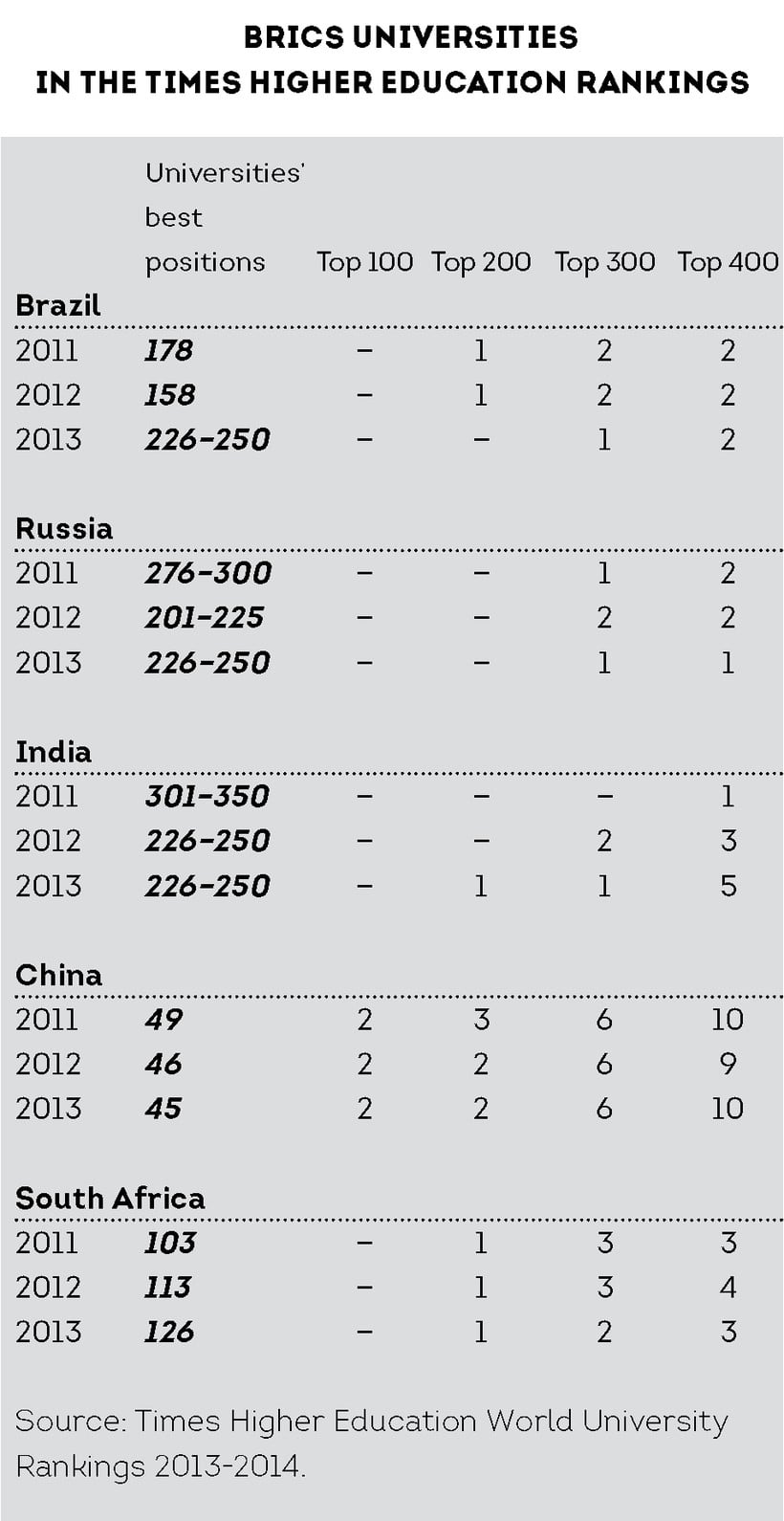 President Putin recently took the initiative to establish a Russian global university ranking system, with IIG Interfax winning the bid to develop it. This November, Interfax will join forces with QS to publish its international rankings of BRICS universities.

Interfax set a very ambitious goal: to create a ranking system that would not only be in line with the ‘Berlin principles’ – which establish quality and good practice in international academic rankings – but also be recognised and accepted around the world.

The ranking is based on a set of criteria that Russia’s leading universities recommended to the Ministry of Education and Science in the autumn of 2012. These criteria were categorised into three groups – educational activities, scientific research, and international activities – and then expanded to collect the most accurate data from all target countries.

As part of Russia’s policy of furthering cooperation with the other BRICS nations in the area of education and science, this project will boost the relevance, depth and objectivity of any subsequent comparative analysis of the quality and efficiency of their universities. 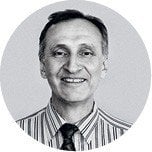