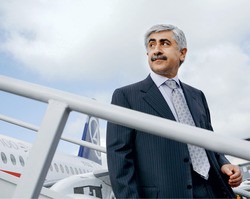 Competition in the global aircraft-building market is no longer limited to individual countries, but has grown into massive international alliances and transnational corporations. Mikhail Pogosyan, President of the United Aircraft Corporation (UAC), believes that for BRICS countries to become prominent players in the industry, it would behoove them to combine their efforts, competencies, and resources. In an interview with BRICS Business Magazine, Pogosyan discusses how Russia is building partnerships with other BRICS countries in the aircraft industry.

Today, all of the BRICS countries are pursuing their own aircraft-building programs. What prospects do you see in this industry and what role will it play in the development of our respective economies?

Aircraft building is a key industry in that it not only develops state-of-the-art products and technologies, but it also acts as a catalyst for the development of new technologies in other sectors such as the automotive industry, construction, and others. Our industry has a seven-fold multiplier effect, which means that for every dollar invested in the aircraft industry, you ultimately stand to make $7. Everyone understands this very well, which is precisely why aircraft building is one of the key priorities for the BRICS countries that are proactive in advancing and developing their economies.

Is this merely a stated objective or a true priority?

It is a true priority. Without exception, all of the BRICS countries have active aircraft-building programs. China focuses primarily on civil aircraft such as the ARJ-21 and C919, both of which hold a great deal of promise, and pursues a large number of military programs.

India runs a whole range of joint projects with Russia, including the future fifth generation fighter jet and the Multi-Purpose Transport Aircraft (MPTA), and it has a license to produce the Su-30MKI fighter jet. On top of that, it runs a number of its own programs, including building training aircraft.

In Brazil, Embraer remains one of the industry leaders and blazes a trail for the nation’s entire economy. South Africa has Denel Aviation, a company that manufactures helicopters based on designs developed in-house. In Russia, aircraft building is a key industry, which is why this sector has a special status in all of the BRICS countries. It should provide the impetus for the development of other sectors.

India has been our strategic partner for many decades. Indeed, we implement a broad range of joint programs. While in the past they mostly boiled down to licensed production that involved specialists from India, today we are graduating from delivering ready-made products and licensed manufacturing to joint development and designs. This is a whole new level of cooperation.

As I mentioned before, we are now running two such projects in partnership with Hindustan Aeronautics Limited, including the Multi-Purpose Transport Aircraft and the fifth generation aircraft complex. In the latter case, we have finished the preliminary design stage and are now negotiating a contract to launch the full-scale design and development of this aircraft.

Are you happy with your joint progress on this project?

Completely. I might have been happier if we had moved along at a somewhat faster pace, but our joint work on military equipment and large-scale projects has always entailed certain time costs. Nevertheless, in the long term, such programs give us the opportunity to strengthen our position in this market, and this always makes the wait worth our while. However, I would like to emphasize that we have not had any difficulties with our Indian partners. After so many years of working together, we have learned how to overcome any hurdle. The whole idea behind joint projects is to find a compromise in the interests of all stakeholders.

What lies at the heart of this synergy? And more specifically, how far is Russia prepared to go in transferring technologies to India?

Our shared interest is to combine our technologies and resources as well as to up the mass production volume of our product in order to meet each partner’s requirements and promote our product in third-country markets. On the one hand, it involves joint financing, and on the other hand, capitalizing on the potential that both of us can offer. For instance, this applies to engineering, science, and technology. I would say that India’s computer industry is very advanced.

However, it is important to realize that our joint work on new products is not just a significant but also a necessary step in advancing our cooperation. It also means that we will be able to retain our industry position in the long run.

We want to be a leading international player. Today, competition does not boil down to individual countries – it comes down to large international corporations. If we truly want to create competitive products, we need to join forces. Joining forces with our colleagues from the BRICS countries is a smart way to develop and modernize the aircraft-building industry. In this respect, India offers one of the greatest examples of how it can be done – the country has undergone the full cycle from licensed production to joint design and development.

What can you say about your joint work with China?

We have also had positive experiences working with China, specifically on military aircraft building with the Su-27 fighter jet. We are also trying to boost our cooperation on civil and transport aviation. Last May, we signed a memorandum with the Commercial Aircraft Corporation of China (COMAC) to launch the joint development of a wide-body, long-haul aircraft; these agreements were the result of two years of joint work. As I mentioned, we are fully aware that in today’s world competitive hardware can only be built by strategic alliances. We are certain that this joint project will be able to compete successfully on the global market.

What underlies this certainty?

The new aircraft will not duplicate similar products existing in other countries. The key to success on this project is to channel our respective resources and efforts to create a product that is 15-20% better than anything our competitors can offer.

Have you already reached an understanding as to how the roles are going to be shared in this alliance?

This will be a joint project based on both Russian and Chinese engineering solutions and on technologies developed by third parties. That is why we will decide at a later stage what specific systems are going to look like from a technical standpoint. One thing is clear – from the very outset, we are targeting the international market and the new aircraft will be fully in line with the requirements of that market.

Apart from China, which Asian-Pacific countries interest you?

We are also cooperating closely with Vietnam, Indonesia, and Malaysia. This cooperation mostly covers military programs, but in the long run, we have our eye on civil aviation as well.

What are your prospects in Latin America?

Latin America is a promising market. We have already gained some traction in that our military equipment is used in a number of countries in this region. The first breakthrough in the civil aviation segment came when we signed a contract with Mexico’s Interjet to produce 20 SSJ100 regional jetliners with an option to build 10 more. We already shipped the first aircraft last year.

How did your prepare for this deal and what was the key to your victory?

The main factor that laid the groundwork for this contract was certainly the competitive advantage that our aircraft offer. Interjet is one of the largest airlines in Mexico, carrying around 8 million passengers per year. The company bills itself as a low-cost airline that offers a high level of comfort. The SSJ100 is particularly well suited to meet these requirements. In addition, it offers great economy in terms of operational performance – its operating costs are approximately 10% lower than the competition. Furthermore, the SSJ100 and its control systems offer a high level of in-flight safety and are reliable during takeoff and landing.

We also offered attractive terms of financing under this deal. Russia’s Vnesheconombank provided financing in the framework of an international syndicate that included Deutsche Bank and Natixis. Insurance coverage was provided by Russia’s EXIAR, Italy’s SACE, and France’s Coface. Finally, our bid was structured to include an extensive package of aftersales services.

To sum it up, what won the Mexican contract was an integrated product that included the SSJ100 jet, a competitive financing package, and aftersales support. Interjet has already been operating our aircraft for a year and their experience shows that they made the right choice. Today, we are working on converting the option to build 10 more aircraft.

One way or another, stakes are very high when it comes to competition in the regional aircraft sector. In the short term, the SSJ100 will have to compete with several new products, including the Brazilian Embraer 190E2, the ARJ-21 from China’s COMAC, and the Bombardier C Series. What do you think your competitive edge will be?

Even if we look at some very promising products offered by Canadian and Brazilian companies, the SSJ100 already offers a competitive edge when it comes to operating expenses – it is 5% and 9% cheaper on a per flight basis than the E190E2 and the Bombardier CS100, respectively. What also plays a key role is that our aircraft is already on the market, as opposed to the above-mentioned models, and we are continuing to grow its production. The release of the C Series, on the other hand, is delayed until 2015 due to numerous schedule overruns and the E190E2 is not expected to arrive until 2018. As for the ARJ21, the Chinese aircraft is currently going through a certification process. 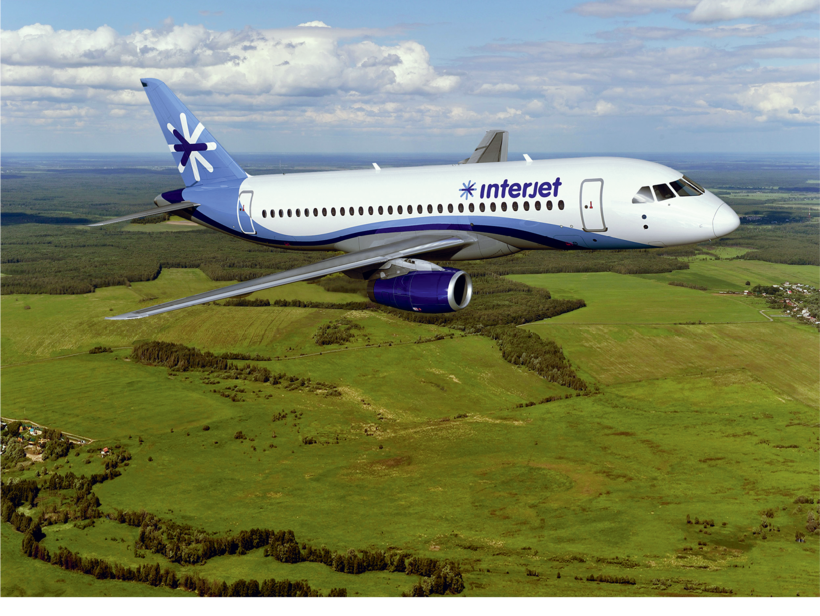 
United Aircraft Corporation (UAC) is Russia’s largest producer of civil and military aircraft, including such product families as Sukhoi, Ilyushin, Tupolev, Yakovlev, and Beriev. The company is the principal developer of the Advanced Front-Line Aviation Complex (AFLAC) fifth generation fighter jet, as well as developer and producer of the SSJ100 regional aircraft family and short haul MS-21 planes.

I would also add that we are already running a large-scale program to upgrade the SSJ100, which should improve its fuel efficiency edge by nearly 5%. Going forward, we plan to continue to compete successfully.

How do your plans dovetail with the prospects in the aviation market?

Today’s air transportation growth rate is ahead of the global economy by about 5-6% per year, and we have no reason to believe that this trend is about to change. Short and medium haul aircraft with 60 to 120 seats still offer great prospects. By 2020, their global sales are estimated to reach six thousand units, out of which our projected share is going to be 17-18%.

However, we are still seeing the greatest demand for narrow body aircraft with over 120 seats. To fill this niche, we are going to offer a new family of MS-21 short haul jetliners with a design that includes a range of state-of-the-art composite materials. Over the next 20 years, demand is estimated to reach around 20,000 aircraft – our goal is to capture 5% of this market.

As for our narrow body fleet, our joint estimates with COMAC show that between 2023 and 2042, nearly 8,000 units will be purchased across the globe. With our new product slated for release after 2025, our goal is to capture 10% of this sector.

UAC’s overall strategy is to ensure the company’s presence in virtually all market segments and to become one of the leading players in the industry. Let me reiterate that in today’s economy, it is virtually impossible to go it alone. That is why when it comes to the aircraft industry, it is vital for all of the BRICS countries to interact and build joint ventures. Only together can we build planes that meet the highest requirements of the global markets, and in so doing, take our rightful place among the leading industrialized nations. 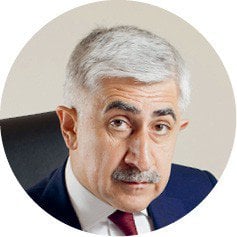 President of the United Aircraft Corporation