A reliable, economically efficient, and sustainable electrical power supply is a key strategic objective for any modern economy. The fastest way to address this issue is to integrate power grids from different countries based on the ‘smart grids’ concept and technology seen across Eurasia. The two largest BRICS countries – Russia and China – are perfectly capable of undertaking a joint project of this kind, and should do so as soon as possible.

Strengthening collaboration and expand­ing energy cooperation between BRICS countries is currently one of Russia’s most important objectives. Given today’s ever-changing economic environment, there is no doubt that new tools need to be identified to improve the efficiency of power systems.

Russia’s key objective in its cooperation with nearby BRICS nations is to ensure energy security – both for itself and its partners. Achieving this would presuppose greater diversification of export energy markets based on long-term supplies of energy resources, integration into global power systems, development of a legal framework underlying international energy cooperation, the exchange of experience and technologies, and joint research to boost innovations, energy efficiency, energy conservation, and the development of renewable energy sources.

Achieving greater traction with respect to energy integration does not mean waiting for a favorable economic environment. National energy companies may independently adopt roadmaps to optimize efforts while continuing along a path of cooperation with the investment community. The very existence of such roadmaps – spelling out specific strategy-implementation steps, as well as goals and potential stakeholder benefits –may also provide an additional impetus for these governments to expedite decision-making processes and take this integration to another level.

The many benefits of such an integration are numerous. This energy undertaking would be an opportunity to develop joint innovations and projects. It would also create an environment that encouraged and fostered competition, which would subsequently push energy companies to fight harder for their consumers and increase demand for new technologies. Both areas would be especially topical in today’s energy sector with its deficit of innovative developments, particularly when it comes to long-distance electrical power transmissions or minimizing losses.

In addition to the economics of building energy bridges between Eurasian countries, and the resulting international integration of grid assets, one must also factor in a multitude of technological parameters, including the need to:

• Ensure compatibility of data, exchange protocols, and other technical information pertaining to energy bridge operation in neighboring states;
• Create an environment conducive to transmitting the requisite amount of electrical power while guaranteeing 100% reverse capabilities for the energy bridge, depending on current market requirements and the market value of electrical power;
• Strive to deploy highly-reliable electrical and technical equipment that meets common technical requirements, as well as DC transmission technologies with a state-of-the-art semiconductor element base; and
• Provide reserve power sources to account for possible breakdowns or disruptions in the operations of selected power elements.

Considering the magnitude of technological and organizational challenges, the conclusion is fairly obvious: International energy bridges will be impossible unless countries develop and agree to common technical standards governing the design and operations of common grid assets. After all, smart grids are not viable when they operate on a single voltage or in an isolated region. The full potential of such projects can only be realized if they are implemented on a continent-wide scale.

It is important to note that integration processes are extremely vital for ensuring sustainable and reliable energy supplies – not just when it comes to national or regional markets, but on a continental scale as well. It is worth noting that the Eurasian space that comprises the largest BRICS economies, those being Russia’s and China’s, could already implement energy integration projects as several regional operations of this sort are already in place.

An Energy Bridge to the Future

Our own professional analysis also shows that there is no viable alternative to international energy system integration. This conclusion is based on, among other things, the premise that isolated energy companies (even major national operators) could find their own capabilities and resources insufficient, particularly in simultaneously ensuring sustainable operations and energy infrastructure development.

Integration should be based on state-of-the-art technologies, including smart grids. The ability to successfully create and operate the latter is directly predicated on the size of the territory in which they are deployed. Notably, the experience of Rosseti (Russia’s largest electricity transmission and distribution grid company) in Russia’s regions proves that building smart grids in closed energy systems yields little efficiency. Conversely, the greater the area allocated for smart grids, the higher the probability that these systems will operate successfully.

A modern energy system in any country represents a relatively complex and well-protected mechanism operating in line with national standards, norms, and protocols. Depending on the history of the local energy sector, energy generation may comprise various elements, including hydropower plants, thermal power plants, or RES (renewable energy sources) power plants. The balance between energy production and consumption is maintained by automated management systems, which form the basis of each country’s smart grid system. As a rule, each has its own distinct traits and differences. Holding different countries to one common standard would require efficient energy bridges connecting national energy systems or energy clusters, as well as hardware and software integration compatibility. Today the need to build new, high-quality energy bridges in Eurasia seems to be universally accepted. It is primarily dictated by the growing demand for electricity, especially because the areas with the largest capacities for energy generation are far removed from the key consumption centers.

A possible solution would be to install technological trans border links, which would facilitate the exchange of power between countries. This would address the problem of divergent standards, and enable countries to integrate power systems with different nominal frequencies and quality requirements by way of a direct current. Russia already has a successful track record when it comes to such interactions – the direct current link in Vyborg, which was built in the Soviet era, exports electrical power to neighboring Finland.

In particular, the cooperation between Rosseti OJSC and the State Grid Corporation of China (SGC) provides for plans to build and overhaul MRSK Siberia OJSC power grids located in the Zabaykalsky Krai, the Republic of Buryatia, the Republic of Khakassia, and the Tuva Republic. Currently, a preliminary list of investment projects in the region has been identified. All of these projects are self-sustainable due to lower operating costs, reduced losses, and increased net electricity output. The Chinese party is currently working out the terms that will govern the cooperation between Rosseti OJSC and SGC, including proposals on possible organizational forms to frame this interaction.

In the post-Soviet era, Russia’s most recent international power system integration project was born with the launch of a strategic cooperation between Rosseti and the State Grid Corporation of China (the People’s Republic’s largest power grid enterprise). The underlying agreement was signed by the Russian and Chinese heads of state at a meeting that took place in Shanghai last May. The document stipulates that cooperation between the two companies will focus primarily on improving operational safety and sustainable power grid development, and upgrading the power grid complexes in both nations. Furthermore, the agreement provides for the deployment of innovative technologies, equipment, and best international practices designed to improve the efficiency, reliability, and safety of power grid infrastructure.

In particular, the agreement provides that the parties would jointly explore the possibility of building ultra high voltage AC/DC transmission lines, as well as an ultra high voltage underground substation in Russia. The plan also provides for joint technical research with projects connecting RES to power grids, as well as looking into the possibility of creating a Eurasian energy bridge. Finally, the parties are slated to exchange knowledge based on their experience in building and applying state-of-the-art technologies, and in developing smart grids and charging stations. 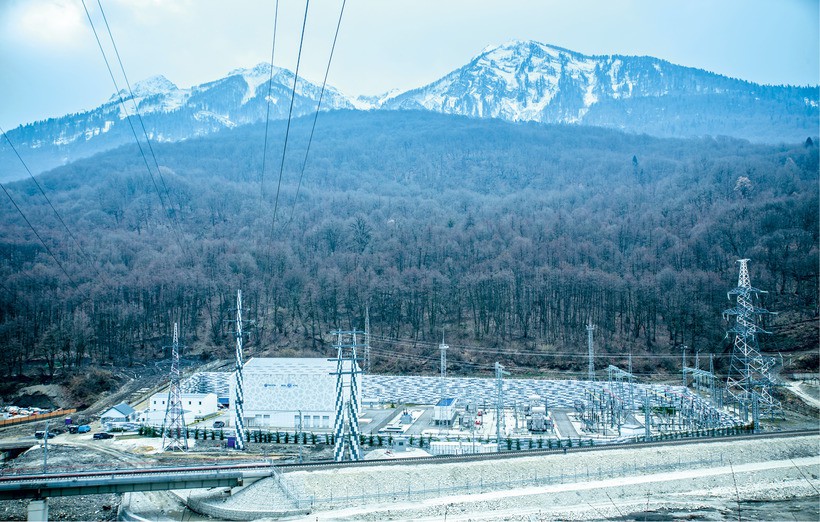 Integration should be based on state-of-the-art technologies, including smart grids. The ability to successfully create and operate the latter is directly predicated on the size of the territory in which they are deployed. Notably, the experience of Rosseti (Russia’s largest electricity transmission and distribution grid company) in Russia’s regions proves that building smart grids in closed energy systems yields little efficiency. Conversely, the greater the area allocated for smart grids, the higher the probability that these systems will operate successfully

Overall, expanding interaction and building ties with their Chinese partners has become one of the Russian energy sector’s key priorities as it strives to develop international cooperation. But as important as that is, it is but a first step toward a single Eurasian energy space to be shared by the leading members of the BRICS community and future member nations.

By and large, Russia’s energy policy has always formed an inalienable part of the country’s security policy, as well as that of its neighbors. It has already become a reliable energy resource supplier and a global trading partner, and it is striving to achieve even greater integration with global energy markets. The launch of such a targeted dialogue on energy integration in the BRICS arena is an efficient way to achieve these objectives. 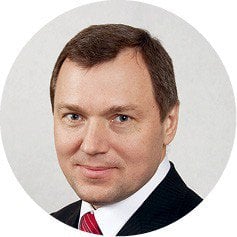