How Can We Wage a Real War on Corruption?

Does the war against corruption lack integrity? Are we transparent about our intentions to be honest? It does not seem so.

Every global body of note has been talking about anti-corruption issues for years. There are strict laws and penalties in most countries. There are several international conventions against bribery. The United Nations, the World Bank, and the Organization for Economic Co-operation and Development, to name only a few, have taken a public stand against corruption. The youngest global organization, the G20, has been championing the cause of anti-corruption policies. Even the corresponding industry group, the B20, has supported transparency measures.

Despite this, the world remains as corrupt as ever, if not more so. Transparency International’s Global Corruption Barometer 2013 does not indicate any increase in transparency. There have been some battles and skirmishes, but the real war on corruption is yet to begin. The reason for this is simple: It appears that honesty comes at a cost that no one wants to bear. Corporations shy away from transparency, believing it may hurt their interests. Everyone wants someone else to be honest first.

Governments, politicians, and business leaders can’t stop talking about it, but few want to start doing something about it. Besides, according to the corruption barometer, government agencies and private corporations are perceived to be the most corrupt. So what can be done to convert talk into action? What can be done to prod organizations, leaders, and institutions to draw their swords on corruption?

Naming and shaming, for one. Governments and industry bodies should start publicly identifying organizations and individuals who are caught in bribery cases. Often, industry links anti-corruption activity with investor sentiment. If governments act tough, industry says, investments will fall. Instead of bringing best practices to new markets, global companies are being accused of undermining laws. Leaders and officials in Mongolia say privately that multinational corporations are deploying a worrying combination of muscle, charm, and bribery to get lucrative contracts.

Industry leaders have to give up this attitude. They must come together and ensure that companies do not focus on competitive corruption. Those who are out of line should be exposed. From crooked cartels, we need to build clean coalitions. But it’s not down to the private sector alone: governments should create policies that reduce the scope of corruption.

When India auctioned 2G spectrum in an opaque manner in 2008, it resulted in a multibillion-dollar scandal that scalped a minister and senior officials. Many telecom companies lost their licenses to operate. Quick to learn from the fiasco, the 3G spectrum allocation, which earned billions for the government, was held through an open online auction. There was not a whisper of corruption.

A political party borne from an anti-corruption movement that ruled Delhi, the capital of India. This Aam Aadmi Party (AAP), or common person party, launched helplines for citizens to report corruption in government and private organizations. Similar steps are being considered in other cities across the world.

Governments and industries in all countries have to move from promises to action. From a conspiracy of silence, the war on corruption needs the cacophony of exposure.

Pranjal Sharma is Consulting Editor at Businessworld. He was a participant at the World Economic Forum Annual Meeting 2014. You can follow him on Twitter @pranjalsharma. 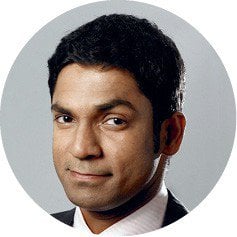