African politicians should recognize the role of women farmers as key economic partners. Otherwise, the entire continent runs the risk of ending up on the losing side.

Africa’s GDP is now growing faster than any other continent’s. When many people think about the engines driving that growth, they imagine commodities like oil, gold, and cocoa, or maybe industries like banking and telecommunications. I think of a woman named Joyce Sandir.

Joyce is a farmer who grows bananas, vegetables, and maize on a small plot of land in rural Tanzania. When I met her in 2012, she had just harvested her first crop of maize grown from a seed specifically adapted for Tanzania’s climate. Even during a bad crop year that caused many of Joyce’s vegetables to wither and die, her maize crop flourished. Without it, her family might have risked going hungry. Instead, the maize harvest ensured that Joyce’s family had enough to eat – and even enough extra income for Joyce to pay her children’s school fees.

As Joyce’s story demonstrates, agriculture is crucial to Africa’s future. Farmers make up 70% of Africa’s workforce. They are the foundation of its economy, and the key to triggering its broader growth. Research shows that increasing agricultural productivity is the most effective way to reduce poverty in sub-Saharan Africa.

At the Gates Foundation, I spend a lot of my time understanding the many ways that women and girls drive development forward: by investing in their children’s nutrition, basic health, and education – and also by providing farm labor. What I am now learning is that if Africa hopes to spark an agricultural transformation, countries will first need to remove one of the main barriers holding the sector back: a pervasive gender gap.

The world has had evidence of this gender gap since at least 2011, but only limited data about its scope, shape, and causes. To help us better understand the problem, the World Bank and the ONE Campaign recently conducted an unprecedented analysis of the challenges facing women farmers.

At the Gates Foundation, I spend a lot of my time understanding the many ways that women and girls drive development forward: by investing in their children’s nutrition, basic health, and education – and also by providing farm labor. What I am now learning is that if Africa hopes to spark an agricultural transformation, countries will first need to remove one of the main barriers holding the sector back: a pervasive gender gap

Their report highlights one stark fact from the start: the gender gap is real, and in some cases it is extreme. When we compare male and female farmers with similar land sizes across similar settings, the productivity gap can be as high as 66%, as it is in Niger.

Previously, experts believed that women’s farms produced less because women have less access to inputs like fertilizer, water, and even information. But we now know that the story is much more complicated. With the new data in hand, we can see that, surprisingly, the productivity gap persists even when women have equal access to inputs. The precise reasons vary from country to country – but many of them stem from entrenched cultural norms that prevent women from reaching their full potential.

For example, the report found that women face obstacles mobilizing the labor they need to help their farms flourish. Women usually have more childcare and household responsibilities than men, which make it difficult for them to devote as much time to farm work, or even to supervise hired labor. The problem is compounded by the fact that women are also likely to have less income to hire laborers in the first place.

Fortunately, the new data do not just map the complexity and depth of the problem; they also point to concrete opportunities to develop gender-responsive policies that will help unlock the promise of all of Africa’s farmers.

In some places, that may mean teaching agricultural extension workers how to make their messages more relevant to female audiences, or encouraging them to visit when women are most likely to be at home. In other places, it may mean increasing women’s access to markets, or introducing labor-saving tools to help them get the highest yield from their land.

It may also require establishing community childcare centers, so that women farmers have the option to spend more time farming. In every case, it will require African policymakers to start recognizing women farmers as the essential economic partners that they are.

This June, leaders from all over Africa will meet in Malabo, Equatorial Guinea, to set the agenda for agricultural policy in the next decade. If Africa’s agricultural sector is to achieve its promise – and if Africa’s economic growth is to continue – policymakers should take into account the needs of farmers like Joyce. Hers is a success story that can – and must – be replicated across the continent. 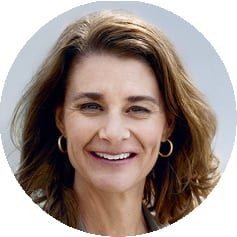