Is it a new hip trend? A good investment idea? Or is it a system capable of saving the human race? Today the notion of sustainability is interpreted too broadly. Pierre Casse and Gazmend Haxhia talk about what it really means and share their experience of implementing sustainable projects, citing Albania as an example.

This is the dawn of a new age. We have come to realize that the world is a much smaller place then we had previously thought. In the 21st century ‘global village,’ we are all interconnected and increasingly interdependent. As the global population continues to expand, we must face the fact that the earth’s natural resources are finite. It is as if we fell off a cliff and have been falling for some time, but now we can suddenly see the ground looming below us. The urgency to act becomes greater as the base of the cliff grows closer. Will we have the courage to make the critical decisions? Where is the leadership we need?

With respect to the environment, thankfully, initiatives have been both top-down and bottom-up. On the supranational level, the World Business Council for Sustainable Development, the United Nations Environmental Program, and the World Economic Forum in Davos are highlighting the need to ensure that sustainability is a key consideration on the global agenda. On the national level, few authorities can afford to ignore the need for coherent environmental management policies. The simple truth is that ordinary people are worried about the future of the world in which we live.

We cannot deny the facts before us. Many of the business models we depend upon were designed in an age when we thought the earth’s natural resources were infinite. Entire industries grew around the assumption that the natural resources sustaining our survival were inexhaustible. Nevertheless, the disappearance of forests, the depletion of the fish stock, the erosion of the earth’s ozone, and the contamination of fragile ecosystems and our water supply tell a different story. Perhaps the strongest evidence comes from the gradual change in weather patterns across the globe.

With respect to trends, the following should be taken into consideration:

• The growth in the global population, and issues arising from a demographic shift, cannot be ignored;
• The ongoing development of a ‘triple bottom line strategy’ comprising three key pillars is still a work-in-progress;
• Economic prosperity;
• Social equity;
• Environmental protection;
• Sound decision-making on a range of issues related to sustainable development is slow in implementation; and
• The use of measurement tools, such as environmental assessment, life-cycle audits, and the like, have not yet become established in the leaderships’ mindset to make an impact.

Our world is evolving faster than our powers of understanding, and since we have no means of anticipating the future with any degree of certainty, it behooves us to craft strategies that will aim to create a more sustainable world for future generations. 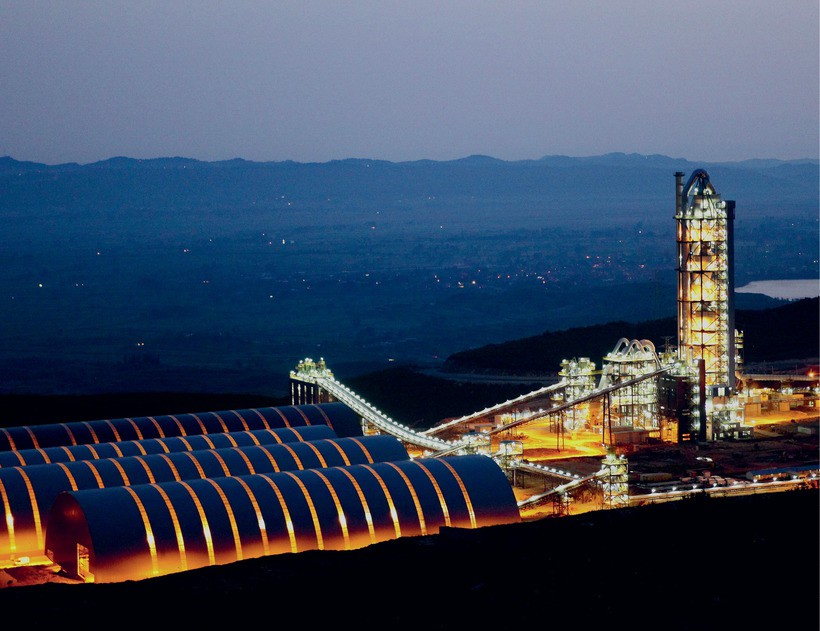 We have seen recent moves in the right direction. One such example is Albania’s Cement Sustainability Initiative, related to the TITAN ANTEA green field project. This involved using a green area for the construction of a new cement production facility and the development of two new quarries for producing the main raw materials for the operation. The project, which was funded by EBRD and IFC, is considered a category ‘A’ initiative by the funding institutions. An Environmental and Social Impact Assessment (ESIA) was conducted with a focus on Environmental Impact Assessment Studies and Quarry Management Plans. An additional example involves Albanian Banking Institutions, including BKT, PROCREDIT, and CREDINS, that offer credits to homeowners who use sustainable power; different international partners subsidize the attractive rates.

Sustainability has only recently ‘come into vogue,’ and still faces the challenge of proving its importance. Some people resent what they see as fear mongering. We are told that unless we act now, we will leave a terrible legacy for future generations. But should not we have contingencies in place in case the worst-case scenario is accurate?

Some business leaders understand that to be successful in today’s environment, the business model must appeal not only to the market but also to the wider community and society as a whole. Some leaders in the field today already include the challenge of ‘environmental stewardship’ in their business agendas, thereby inspiring their employees towards a higher purpose in life.

On 22 November 2013, a group of Albanian business leaders championed a grassroots initiative called Clean Albania. Employees from a variety of organizations, including companies owned by Gazmend Haxhia (co-author of this article), organized a plan of action in which they took time off work to clean city streets. The businessmen hope this initiative will lead to similar actions and will promote a sense of mutual responsibility.

Sustainability:
Is It Sufficiently Appealing?

Sustainability has only recently ‘come into vogue,’ and still faces the challenge of proving its importance. Let us consider some of the barriers we need to overcome:

• The word itself is vague and open to interpretation. We need to clarify and promote understanding in a strategic and systematic way.
• It is perceived as a fad. But can we afford not to recognize its importance?
• Many cynics believe that it is just another moneymaking scam. Private sector initiatives, like the aforementioned Albanian examples, will lead to a better sense of the issues and how to deal with them.
• Some people resent what they see as fear mongering. We are told that unless we act now, we will leave a terrible legacy for future generations. But should not we have contingencies in place in case the worst-case scenario is accurate?
• There are those skeptics who claim that there are too many inconsistencies in the evidence. There is a need for a unified central reference point or a body of consistent evidence on sustainability.
• There is an imbalance between the interests of first world societies and the needs of the third world. Sustainability requires a global strategy.

This is the dawn of a new age. We have come to realize that the world is a much smaller place then we had previously thought. In the 21st century ‘global village,’ we are all interconnected and increasingly interdependent. As the global population continues to expand, we must face the fact that the earth’s natural resources are finite. The urgency to act becomes greater as the base of the cliff grows closer

If leaders from the public and private sectors are serious about the ‘cause,’ they must:

1. Improve the communication process. Delivering the sustainability message is one of their main leadership responsibilities. Leaders need to tailor the message to different audiences so that it is an easily understandable and accurate reflection of the facts. An emphasis should be placed on the effects of inaction. Being ‘proactive’ and factual is the key to mobilizing people.
2. Create incentives. Leaders should create and implement special initiatives that capture the hearts and minds of all those involved. Sustainability is an opportunity for them to show that they are committed citizens who have the stamina, courage, and intellect to make a difference. Leaders from all sectors, countries, and disciplines must learn how to accept differences and create positive attitudes based on unity and accountability. They must be role models, helping societies to reinvent themselves.

Sustainability is the first step in developing awareness of the consequences of our actions on each other and the world. It is about taking responsibility for our actions and becoming the masters of our destiny. 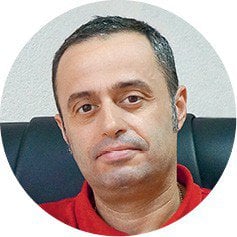 Professor of Leadership at the Moscow School of Management SKOLKOVO