On Doing Business in South America

If it seems like Venezuela wouldn’t be a good country to launch a large project, you may want to learn more about the place.

When I was growing up in the Soviet Union, our image of South America was that of a faraway land with unfamiliar colors – a tropical paradise full of revolutionary spirit. In the simplistic logic of Cold War stereotyping, it was the “good part of the Americas,” where millions of people were supposedly living through a revolutionary struggle for socialism. In that sense, South America had the image of a place “where it was all happening now.”

Decades have passed and the world has entered a new millennium. Since those early student days, the needs of business sent me to various destinations around the globe. More than 10 years ago, I visited South America for the first time – and it was a striking experience. We live worlds apart, in climates that have hardly anything in common, and have histories as distant and unrelated as can be. Yet we share a common spirit.

Despite the distance and different lifestyles, our environments have shaped us into like-minded people. One could write a thesis on the origins of this commonality citing the ups and downs of economic cycles, the at times wild ride of national politics, perhaps the common line of sight developed by playing soccer, or maybe some profound genetic effect produced in equal measure by tropical fruit and Russian caviar. What matters to businesspeople is the fact that there is this similarity, and therein lies the basis for partnership.

Partnership is paramount to both Russians and South Americans. The limitations of a column will not let me explore the subtle differences between the various South American conditions and attitudes, so I will note the single overarching feature: partnership.

One cannot stress enough the importance of trust and mutual support in international business. For Russians and South Americans, occasional political and national risks are features of life. There is not a rulebook for every step you take in international business, and therefore the people accompanying you on this voyage become your ultimate insurance and safety network.

I say this not in some abstract way, but rather from direct experience through my company’s oil project in Venezuela. Our joint venture, revitalizing the Bachaquero Tierra and Lagunillas Tierra oil fields, is about to enter into its third year of production, delivering about 70,000 barrels of oil to international markets each day. In March 2011, GPB Global Resources, a specialized holding company engaged in oil and gas and mineral projects worldwide, started the negotiation process to form a joint venture with Venezuelan PDVSA. Today, JV Petrozamora is a company with over 1.4 billion barrels of reserves and $1 billion in funding.

It only takes a glance at the headlines to realize that both Russia and Venezuela have gone through a lot since then, but Petrozamora has been developing steadily. Fellow businesspeople know what it takes to launch large scale international projects. Through thick and thin, our Venezuelan partners have consistently delivered on their share of our challenging work.

We are just one of many Russian companies that have come to South America searching for opportunities. We all know we shall stay regardless of what happens because on this continent, we can trust our partners. 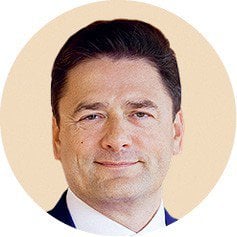