The consumer technology boom is no longer restricted to San Francisco. Monty Munford meets three African entrepreneurs who are breaking boundaries across their continent.

Air stewardesses in Addis Ababa are always happy to talk about their work for Ethiopian Airlines. They tell of passengers who board the aircraft and ask, “Will there be any food on the flight?” believing that the country’s 1983-85 famine is a permanent feature of the country’s existence.

Ethiopia is actually a verdant and pastoral country, but such stories highlight the misconceptions about Africa that persist in defining a continent.

Three decades on and a lot has changed. Africa is continuing to throw off its post-colonial cloak to become the world’s fastest-growing group of economies.

The reason for much of this explosive growth is the mobile phone and the internet. According to analyst ABI, in 2012, 76.4% of Africans owned a mobile phone. That’s 821 million out of a population of more than a billion people; this mobile penetration rate almost certainly surpassed 80% in 2013.

This revolution has created extraordinary things. In Kenya, a mobile money service set up in 2007, known as M-Pesa, accounted for more than 31% of Kenya’s GDP across more than 19 million customers by 2012.

Somaliland is an unrecognized (but democratic) country between Ethiopia and Somalia that has no banks. It survives because of an international money wire service called Dahabshiil, which allows the global Somaliland diaspora to send money back to the country. It also has crystal-clear mobile coverage and a buoyant mobile sector of five operators.

Across the continent in West Africa, the cities of Lagos in Nigeria and Accra in Ghana are becoming mini-Silicon Valleys as, thanks to government support, clusters of start-up tech companies are forming and attracting big international investment.

“Technology has enabled a new generation of creators and innovators emerging from the African continent to come up with inventive ideas that solve local problems,” says Rudy De Waele, CEO and co-founder of Nyota Media, an agency for African entrepreneurs. “The tools to do so have never been more accessible and low-cost in tech history and [they have] created new possibilities for African talent to start any project of their dreams.”

Africa has a long way to go to change the minds and attitudes of those who worry about starving on Ethiopian Airlines flights, but the notion of Africa as hungry is changing – it is not hungry for food, but hungry for success, as these three profiles prove. 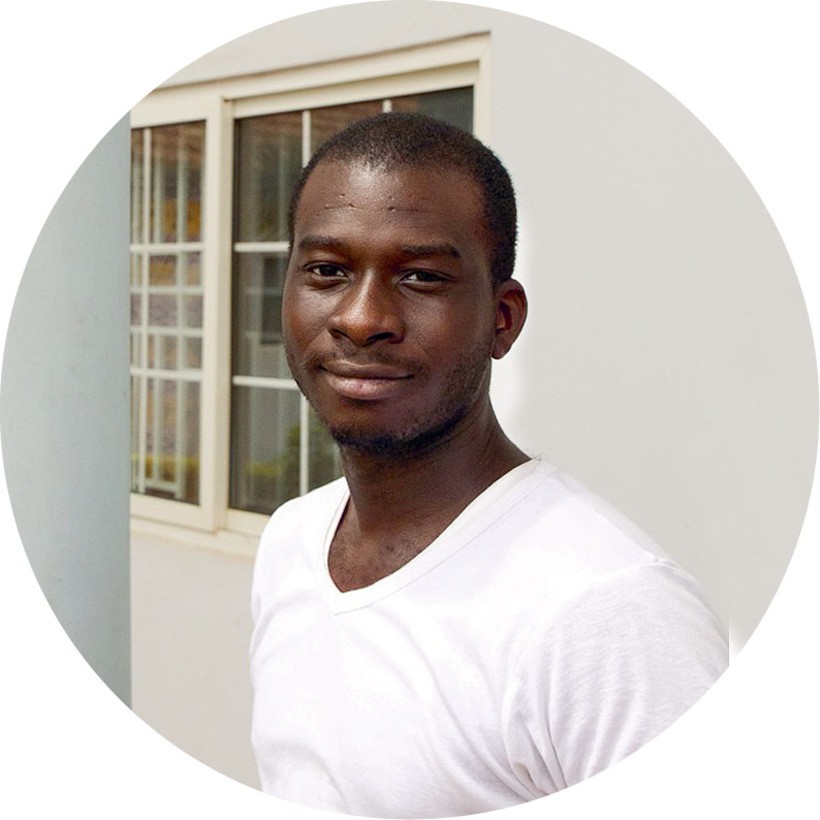 Jason Bossman has a great surname. As the founder of Ghanaian mobile ad start-up AdsBrook, it might be handy when it comes to making deals.

His company is based in the country’s capital, Accra, but this is not Bossman’s home town; he didn’t come to Ghana until he was in his late teens, after growing up in New York.

When I met him at a bar in Lagos last year, his stories of the mischief he got caught up in when young perhaps vindicate his parents’ decision to take the family back to the homeland.

“My memories of growing up in Harlem have grown fuzzy over time, but I distinctly remember a few things from my childhood: the apartment buildings where we lived, blaring music from street corners, facing-off with school bullies, and other criminal temptations.

“I have three brothers and sisters and our parents tried to instill in us from a young age good, solid, Christian values. The desire to bring up their kids with strong African and Christian morals would have been seriously put to the test in that particular environment – East Harlem in the late 1990s. I’m not surprised my folks decided to move us back,” he says.

It must have been tough for a New York kid to leave his friends and relocate at that age. “When we arrived in our home country, the last thing I expected was that I would grow to love the life I would eventually have over here. What did greet me, though, was a big culture shock. As used as I was to the American – no, the New York – way of living, I ruffled many feathers with my attitude, that to me was normal, everyday stuff.

“It took up to my second year of university for me to begin to appreciate the simplicity of life in Ghana and to develop what was to later become the driving force to build an advertising business through Ghana and across Africa,” he says.

Bossman points to Ghana’s reputation as a politically stable country as a good place to do business, but it is the strong investment support by entities such as the Accra-based Meltwater Entrepreneurial School of Technology that is just as crucial.

They provided the $45,000 in start-up seed financing that gave Bossman and AdsBrook the boost needed to start a network of channels for advertisers to operate mobile and online campaigns. Founded in early 2012, the company is already making a profit and beginning to roll out outside Ghana.

“Starting a business in Ghana is ideal for a start-up, because the country is well connected to most of the key locations – but with all things being equal, good start-up companies should be able to flourish anywhere.

“For me, staying focused on the dream, and living that dream one day at a time, is mostly what has helped me out of many a daunting situation. Like many other entrepreneurs before us, we are simply trying to make a small piece of our world better, hoping that eventually our pieces of the puzzle will come together to make a whole,” he says.

“When we arrived in our home country, the last thing I expected was that I would grow to love the life I would eventually have over here. What did greet me, though, was a big culture shock. As used as I was to the American – no, the New York – way of living, I ruffled many feathers with my attitude, that to me was normal, everyday stuff” 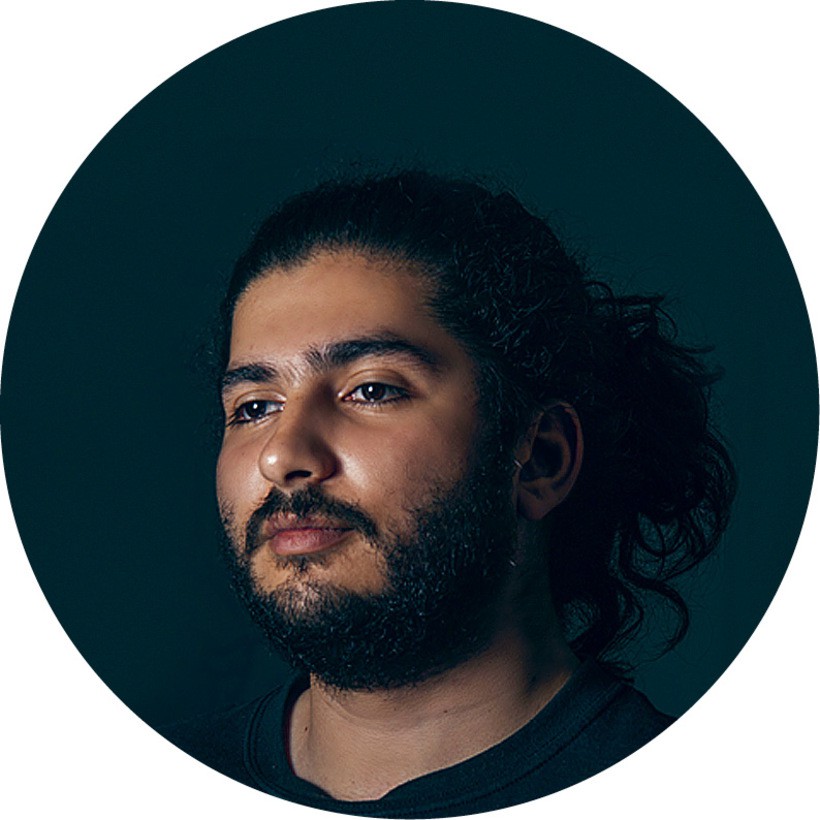 The AIM Group in Tanzania was founded in Dar es Salaam by three siblings: Nadeem Juma, Shaista Juma, and Hafiz Juma. The company initially focused on infrastructure deployments that made use of digital content such as interactive kiosks, motion-controlled projections, and installations. It is now involved in a number of projects, including the Dar es Salaam International Academy and Efulusi Africa, a research and development company for mobile payment solutions.

“We are fifth-generation Tanzanians – we can trace our roots in the country to at least 1890, Juma tells me. “We are of Indian descent and make up a minority of Indian Tanzanians, who have a complicated history in themselves.”

Juma studied in New York before co-founding Efulusi Africa in 2004, a company that deployed the first mobile banking platform in Tanzania. Then, in 2011, he created the AIM Group. In the past 18 months, the company has grown from a team of three to 25.

This success apart, the tech environment in Tanzania is still emerging compared to its neighbor, Kenya, which attracts money, investment, and development by IT behemoths such as IBM. The company’s recent launch of IBM Research-Africa, in Nairobi, is the company’s 12th global laboratory and the first commercial research lab on the continent.

Juma recognizes that Kenya is ahead of Tanzania in tech and economic development. “As a Tanzanian, I probably shouldn’t be saying this, but we definitely face stiff competition from Kenya that has begun the process of creating a culture for innovation. It also has a much more educated working population, so you will often see Kenyans in management positions in Tanzania,” he says.

But Tanzania is also putting itself on the international stage through events such as the highly influential TEDx talks that have proliferated around the world. Juma was instrumental in setting up the first TEDxDar event in 2010. “It is one of the most satisfying experiences I’ve ever had,” he says.

“Economically, Tanzania is in a transitional space. Like everywhere else on the continent we are as caught up in the hype of ‘Africa rising,’ it being the next hotbed for growth, the ‘final frontier,’ and all the rest of the conventional rhetoric about investment in the region,” he concludes.

“As a Tanzanian, I probably shouldn’t be saying this, but we definitely face stiff competition from Kenya that has begun the process of creating a culture for innovation. It also has a much more educated working population, so you will often see Kenyans in management positions in Tanzania” 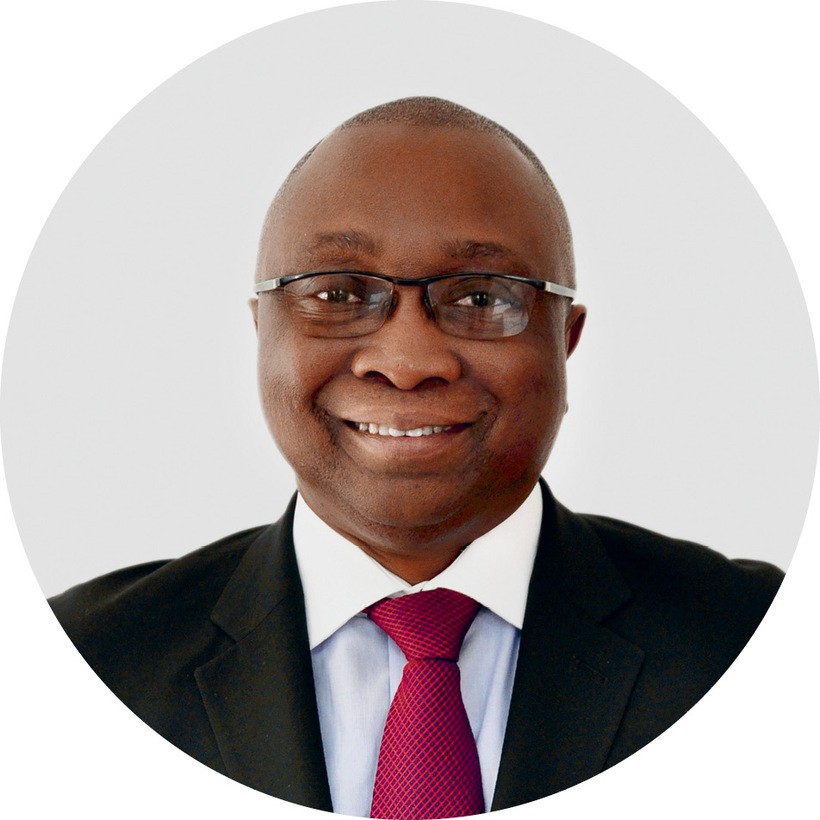 Tomi Davies is an old-timer. A businessman who has worked for FTSE 100 companies in the UK, the US, and Africa, as well as developing the UK government’s award-winning DirectGov website.

He commutes between Lagos and London, and in Nigeria he sits on the board of some of its biggest companies. He also led the Nigerian involvement in the One Laptop Per Child (OLPC) initiative and invests in local start-ups.

“Nigeria has 160 million people with more than 100 million of them using mobile phones daily,” he tells me. “You can see the market potential here. You cannot have a 100-million-device market with local demand that won’t inspire innovation,” he says.

Davies became interested in Nigeria when the military handed over power to the people in 1999, and he began a series of investments that began with comics, before catching the mobile wave and moving on to seed investment for Nigerian companies.

“About a decade ago, just after Nigeria became a democratic country again, a South African friend of mine came up with the idea of a fantasy football league comic, called Supa Strikas.” The idea later blossomed into an animated series shown in 30 countries and by the Disney channel.

In 2012, Davies was also one of the co-founders of the Lagos Angel Network that was set up to provide availability of seed funding for local companies. A group of senior industry executives now invest anything from $6,000-60,000 into start-ups in the Lagos area.

The network started out with a quarterly Dragons’ Den-style pitch event, and now meets monthly for a dinner, during which companies make speed pitches and have the opportunity to meet potential investors.

Davies is also confident that the emerging Silicon Valley-style cluster of tech companies will thrive with increased government support.

“Silicon Lagoon [Lagos means lagoon] has just been given a boost by the state government with a right-of-way grant to lay fiber all around the city. This project will fuel an already indefatigable entrepreneurial tech environment,” he says.

“Nigeria has 160 million people with more than 100 million of them using mobile phones daily. You can see the market potential here. You cannot have a 100-million-device market with local demand that won’t inspire innovation”